Does The President Really Have Access To The “Nuclear Codes?”

Of course, it's not that simple 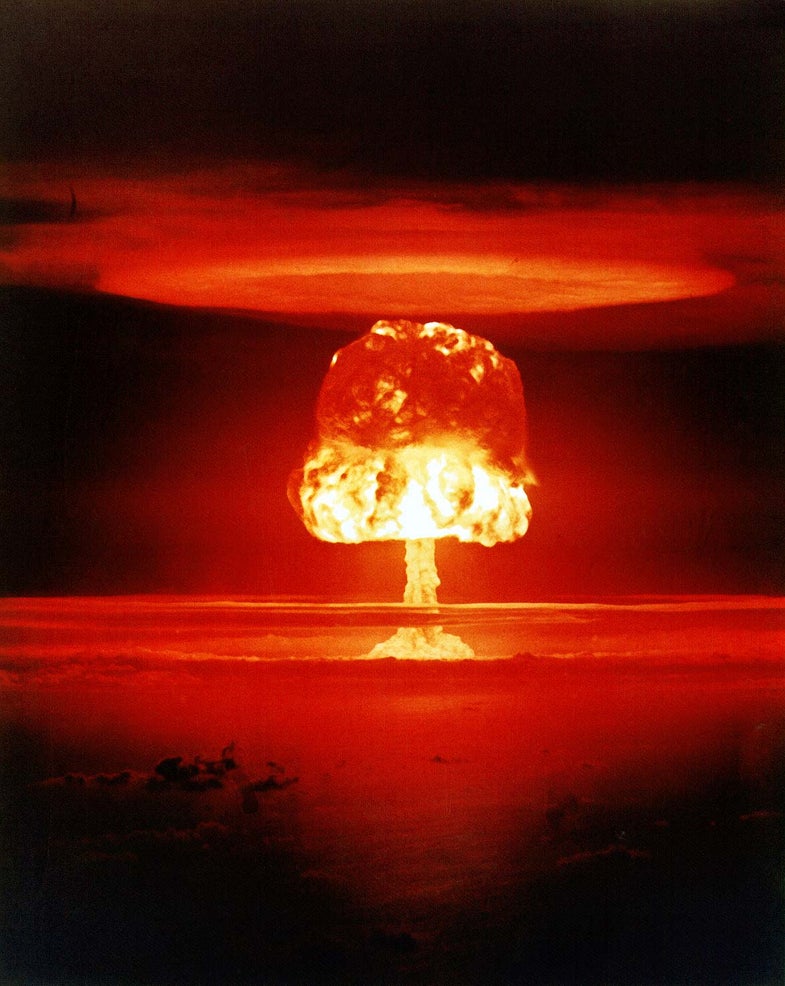 “Do you really want that person to have the NUCLEAR CODES?”

While it’s a bowel-liquifying scary thought, that old bar debate rebuttal doesn’t quite hold up. Nor is it anywhere close to that simple.

Rather than “nuclear codes” that the President has memorized, there are several components in action when it comes time to destroy a country/continent/planet in one fell swoop: Codes and the Football. One set of codes are printed onto a card called “the biscuit” and given to the President as self-identification, like a password, Brookings reports. These are used in conjunction with the “Football,” a 45-pound briefcase containing everything one on-the-go Destroyer of Worlds needs to verify the president’s identity and command an attack, including communications equipment and nuclear strike options, according to Smithsonian Magazine. A different set of codes, generated by the NSA, stay in military custody at the Pentagon and various other locations around the country. These are the codes that actually hold the power, since the military can carry out an attack in the event that the President or a successor can’t authorize it themselves.

Being a matter of apocalyptic destruction and all, the decision to drop the really big bomb involves a lot of fail-safes. The “two-person concept” prevents accidental (or totally on purpose and evil) use of nuclear weaponry. Once a commanding officer issues the order, two authorized persons with two different keys must open the control panel locks simultaneously — one person acting alone can’t carry out the order.

So, you can’t just punch in a password and smash a big red button to rain hellfire down on your enemies. Knowing this might give some peace of mind if the mouth-frothing podium rhetoric has got you down. But the President is a person who can set this process into motion; handle with care the power of electing a biscuit-holder this November.