The Navy's crazy new ship is getting its sea legs 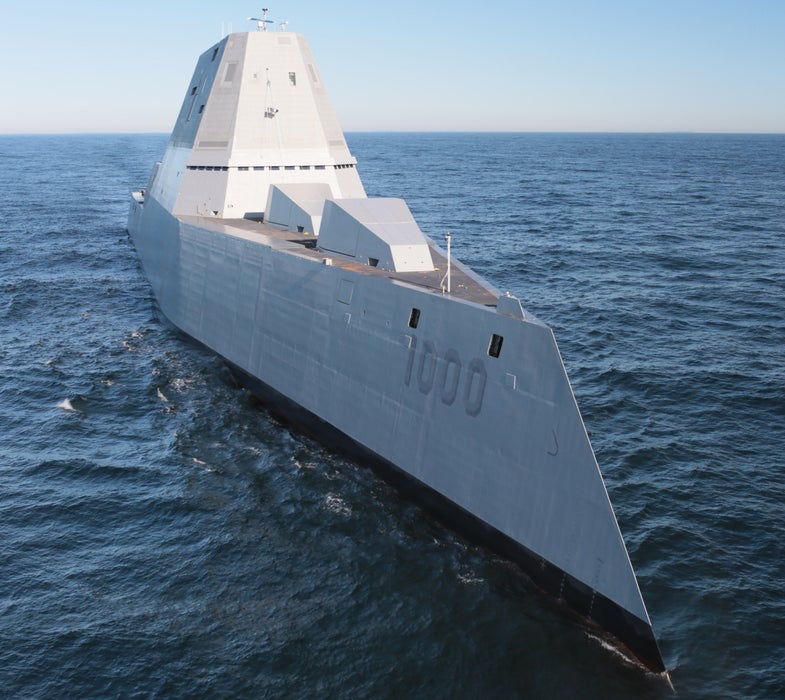 The USS Zumwalt is boldly bringing the United States Navy into the future. Built to carry railguns and laser weapons that don’t quite exist yet, the sleek destroyer has a weird stealthy body more in line with something Darth Vader would command than the last century of warships. This week, the Navy took it out to sea for the first time, and today they released a video.

On the calm, clear surface of the Atlantic Ocean on December 7th, the Zumwalt looked like a giant knife slicing through the water. Or maybe like a submarine that forgot it was supposed to travel under water. The angular profile is built for stealth, and it means that the small crew will spend most of their time inside the modern and high-tech confines of the smooth gray sea-pyramid. In the back of the vessel, there’s a landing pad that can accommodate two helicopters or multiple small drones.

The third Zumwalt-class destroyer might come with a railgun on board, but for now the current vessel sports two 155mm guns for use against large ships, housed in smooth couplings to minimize radar signature. There are also a couple of 30mm guns, which are smaller (and slower firing) than the guns originally planned for the ship, so it can defend itself against smaller attack craft. These are all secondary to the ship’s main weapon, which includes 20 missile system bays that can hold at least four missiles each.

For now, the Navy is just showcasing the basic workings of the voyaging ship. Smooth seas, so far. Watch it below: