This Bike Is The World’s Fastest Human-Powered Vehicle

Travels at a record-breaking 90 miles per hour 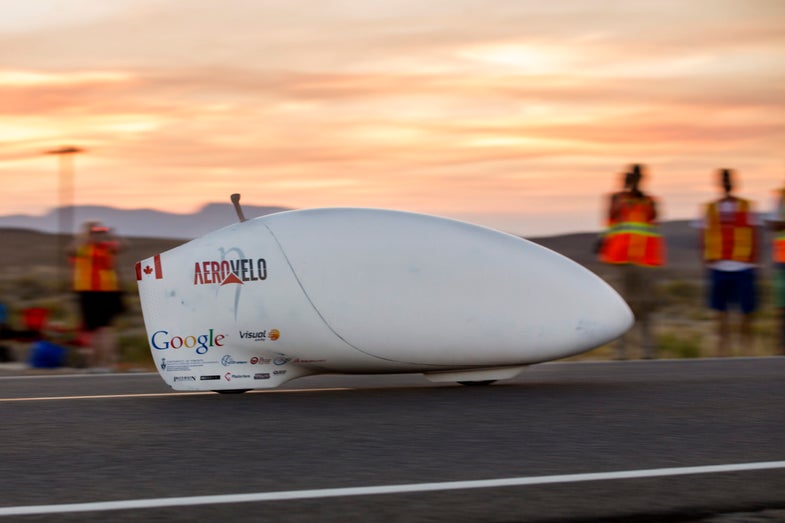 A recumbent bike designed by Canadian engineering company Aerovelo has broken the world record for human-powered speed. On September 17, Aerovelo co-founder Todd Reichert pushed the bullet-shaped Eta to 89.59 miles per hour on a highway in Battle Mountain, Nevada, as part of the World Human Powered Speed Challenge. This is the second year Reichert has set the top speed record at the competition.

Weighing about 55 pounds, Eta is designed to be lightweight. It’s carbon fiber outer shell cuts down drag more than 100 times better than the most streamlined cars, according to Aerovelo.