The Type 093B is stealthy and nuclear In June 2016, China’s navy released a clear photo of its newest, stealthiest nuclear attack submarine (SSN) being loaded with missiles. China’s nuclear submarines are among the most secretive Chinese military platforms–it’s a rare event to have even a photo of a 40-year-old Type 091 Han submarine, or the Type 092 Xia nuclear ballistic missile submarine. So an official photo of a modern Type 093B submarine is definitely big news in the world of People’s Liberation Army-watching. 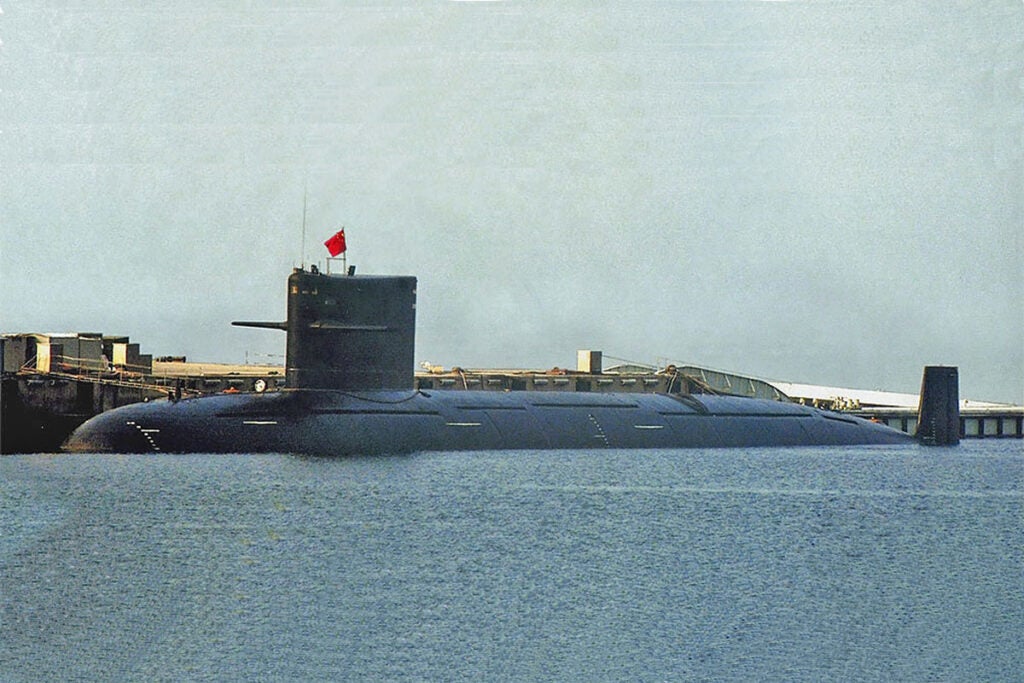 The Type 093 was designed in the late 1980s/early 1990s, and launched in 2002 and 2003. Only two Type 093s were built, as they are considered noisy and expensive, though much an improvement over the 1960s era Type 091 SSN. The Type 093B is believed to be much quieter than the Type 093, building on decades of Chinese advances in metallurgy and reactor/propulsion refinements.

The Type 093B “Shang” nuclear attack submarine is quiet, fast and the first Chinese combat submarine to be able to fire vertically launched cruise missiles. The United States Defense Department believes that three Type 093B SSNs were launched in 2015, and may enter service later this year. The original two Type 093 SSNs, launched nearly 15 years ago, were plagued by noisy reactors and propulsion systems, especially at high speeds, which limited their combat utility by making them highly detectable to enemy anti-submarine efforts. The Type 093B, in contrast, uses advances in Chinese metallurgy and reactor design to make a more quiet submarine. Experts place its stealthiness between that of the USN Los Angeles Flight I and Flight III SSNs. 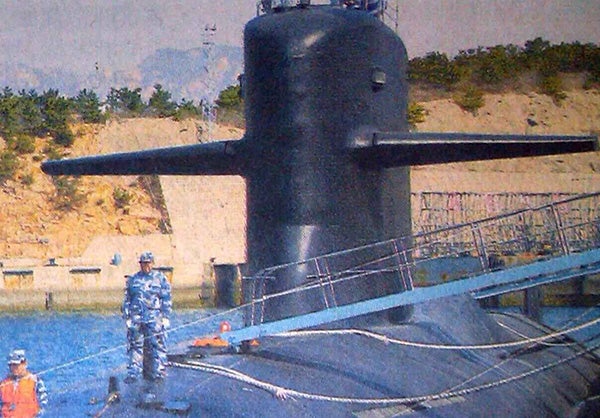 The VLS cells are housed in a module right behind the conning tower; its framed in this picture by the blue gangway. The VLS battery, which may have 12-16 cells, can carry a range of cruise missiles for anti-ship and land attack missions.

While the stealth and performance of the Type 093B’s reactor are not discernible just from looking at the outside, there are other noticeable improvements. The biggest is the installation of a vertical launch system battery behind the conning tower, which can be seen in a hydrodynamic hump blended into the hull (the VLS battery can be seen under the blue gangway). The VLS cell gives the Type 093B an advantage over older Chinese attack submarines since instead of launching cruise missiles from the torpedo tubes, it can more quickly launch missiles from the VLS. The larger size of VLS cells also makes them a good place to launch future underwater robots and UAVs. The Type 093B will still carry torpedo tube-launched cruise missiles, as seen in this photo. (The Chinese sailors are clearly loading a cruise missile canister into the torpedo tube, given that the smooth canister lacks the control surfaces of a torpedo.) 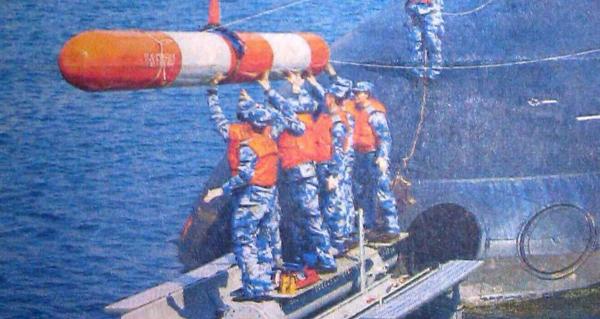 Even with its vertically launched cruise missiles, the Type 093B SSN’s torpedoes are still deadly against even aircraft carriers (though the crew is loading a torpedo tube launched anti-ship missile canister in this photo).

The Type 093B’s conning tower has a flared base, similar to modern attack submarines like the Type 39C conventional submarine, and the American Virginia class SSN. The flared base could contain sensors, in addition to reducing under hydrodynamic drag and noise at certain speeds. There are also large installation mounts on the hull sides for side-mounted active sonar that will sweep for both surface warships and submarines.

In addition to VLS cells, submarines can also fire anti-ship missile canisters from their torpedo tubes; the canisters surface and break open to launch their missiles. This older method though, imposes size constraints on the missile and is a slower firing method.

Impressive a leap as the Type 093B may be for China’s underwater force, the PLAN is already working on its next SSN. The Type 095 nuclear submarine, which may be launched before 2020, has been described by the Office of Naval Intelligence as a nuclear cruise missile submarine (SSGN) meaning that it’ll carry a significant amount of cruise missiles, in addition to being a stealthy ship and sub hunter killer. The Type 095 SSGN is also likely to be quieter than the Type 093B, as well having underwater networked capability to worth with other manned and unmanned platforms above and underwater, and improved passive and active sensors. China has been behind other Pacific powers like the US and Japan in the undersea realm, but these examples of military modernization show how it is racing to close the gap.