For the first time in history, China is sending its ships to RIMPAC, the U.S. hosted and world’s largest naval... 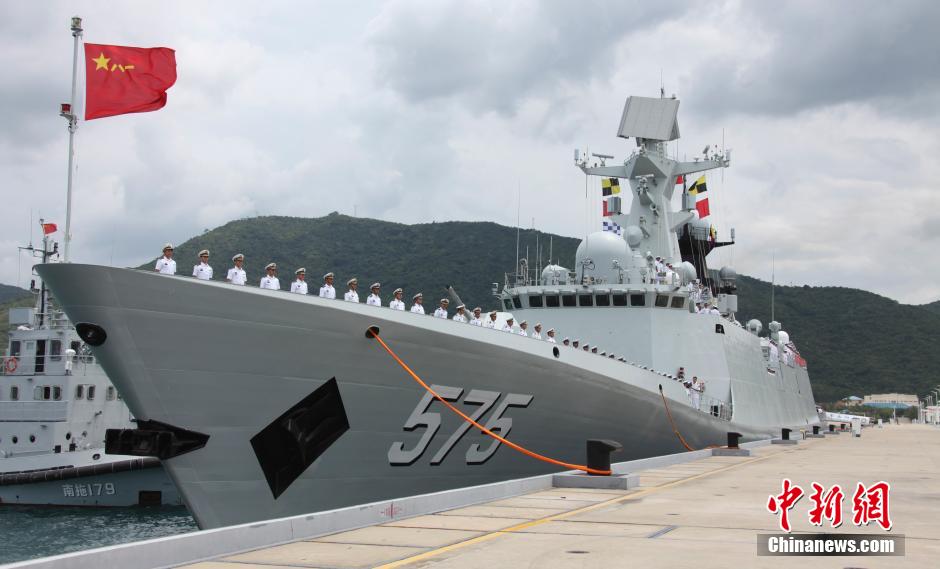 The Type 054A frigate Yueyang is seen here departing from Hainan, China on June 9th to join RIMPAC 2014. The Yueyang is a modern warship with 32 surface to air missiles and sixteen antiship missiles. Xinhua News Agency, via chinanews.com
SHARE 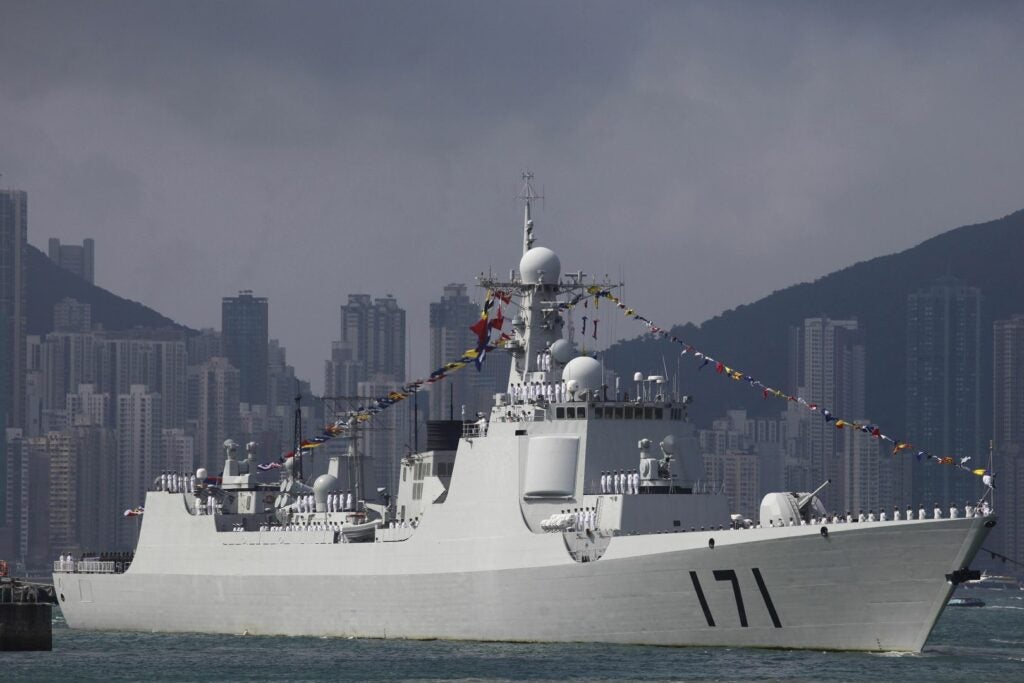 The Type 052C DDG Haikou will use its modern command and control suite to lead the Chinese taskforce at RIMPAC 2014. Until the Type 052D DDG enters into initial operating capability later this year, the 052C is China’s most modern surface warship.

For the first time in history, China is sending its ships to RIMPAC, the U.S. hosted and world’s largest naval exercise. The People’s Liberation Army Navy (PLAN) is sending the cream of its arsenal to RIMPAC 2014: the Type 052C guided missile destroyer (DDG) Haikou (number 171), Type 054A guided missile frigate (FFG) Yueyang (number 575), Type 903 replenishment ship Qiandaohu (886) and the Peace Ark hospital ship. All four are experienced ships that have been deployed overseas; the Haikou, Yueyang and Qiandaohu have been deployed to anti-piracy patrols in the Gulf of Aden while the Peace Ark provided humanitarian relief to victims of the 2013 Typhoon Haiyan in the Philippines. The participation of the Peace Ark is doubly notable since it and the USNS Mercy are the first hospital ships to attend RIMPAC in its forty three year history.

The Type 054A frigate Yueyang is seen here departing from Hainan, China on June 9th to join RIMPAC 2014. The Yueyang is a modern warship with 32 surface to air missiles and sixteen antiship missiles.

In total, 23 nations are participating in RIMPAC 2014, dispatching 48 surface ships, six submarines and 25,000 sailors to Hawaii. The U.S.’s joint taskforce is centered around the USS Ronald Reagan aircraft carrier, as well as F-22 Raptor stealth fighters, four cruisers and three nuclear attack submarines. Other RIMPAC 2014 navies include those of Australia, Canadia, Japan, Indonesia, Norway, Philippines, South Korea and the United Kingdom. Japan and South Korea have each dispatched dispatched an Aegis DDG, P-3C Orion anti-submarine warfare aircraft and helicopter carriers to RIMPAC 2014. Of note, while China is attending, RIMPAC 2012 participant Russia will be absent. 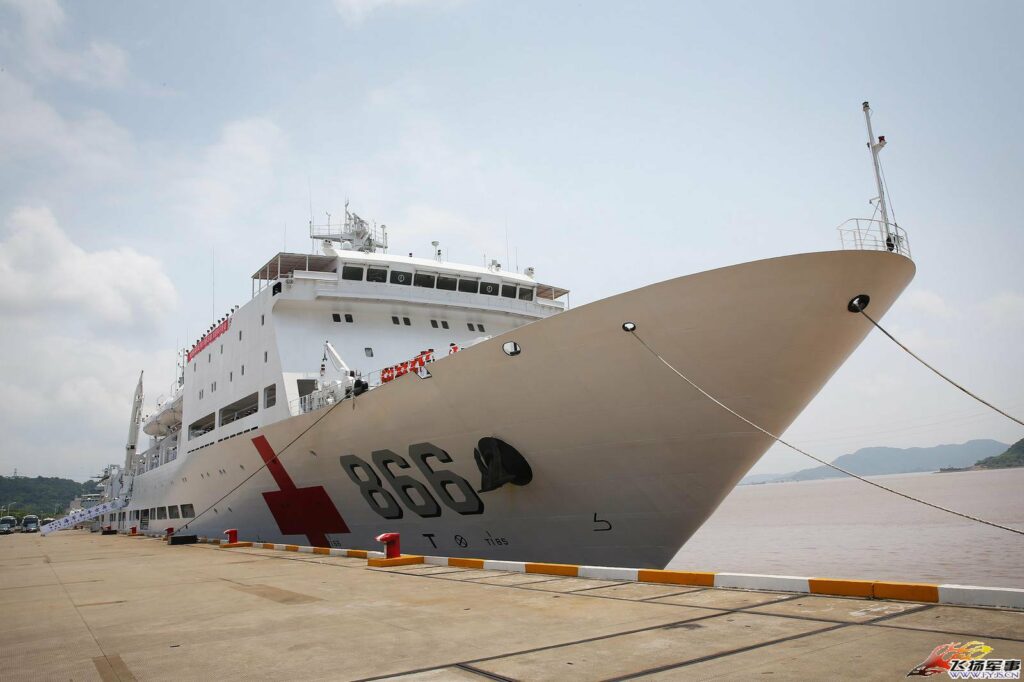 The Peace Ark is China’s largest naval hospital ship at 14,000 tons. It has 300 beds, 20 Intensive Care Units (ICUs), and 8 operating rooms to conduct 40 major surgeries a day. It will partner with the USNS Mercy hospital ship, the other medical ship attending RIMPAC 2014.

Once RIMPAC 2014 starts on June 26, exercises that the PLAN will undertake include medical search and rescue (SAR) and interdiction/antipiracy missions. The medical SAR between the Peace Ark and USNS Mercy will include rescuing adrift persons from the water and transferring patients, personnel and supplies between the two ships, in addition to coordinating medical care. The Haikou, Yueyang and Qiandaohu will join other nations’ warships in intercepting, boarding and searching hostile civilian ships that could be carrying pirates or illicit cargoes like narcotics and arms. 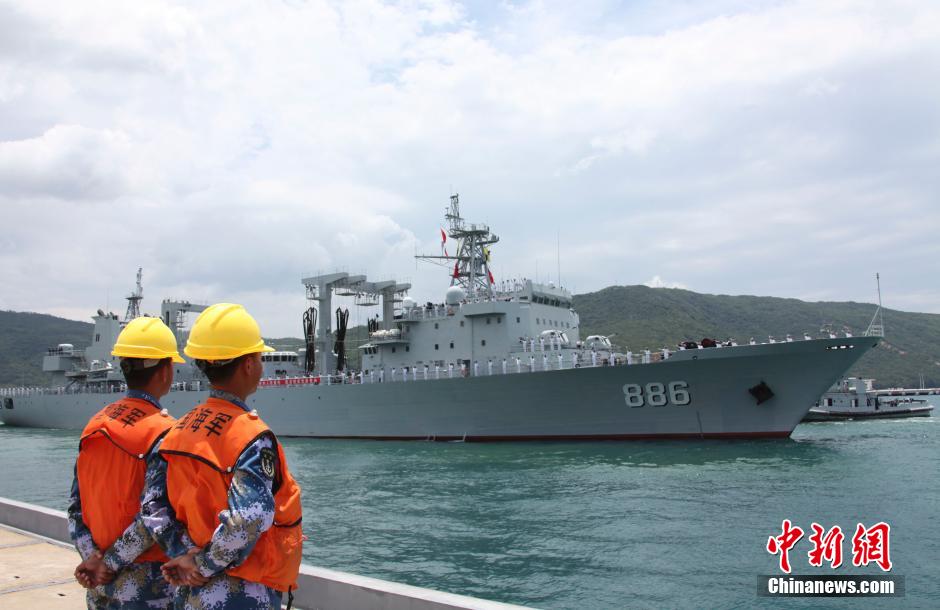 The Qiandaohu replenishment ship, hull number 886, is seen leaving Hainan to accompany other PLAN ships to RIMPAC 2014, where it will refuel and resupply them on the roundtrip to Hawaii. 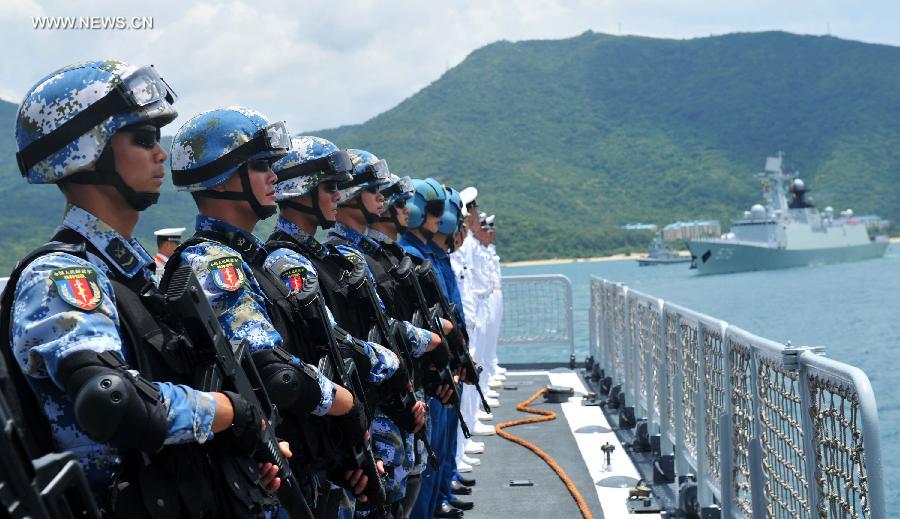 Chinese Marines stand at attention on the Haikou DDG, as the PLAN’s RIMPAC 2014 taskforce leaves Hainan. The Marines will likely take part in the interdiction component of RIMPAC 2014.

While there are maritime China and several of its neighbors in the exercises, as well as broader geopolitical competition between the US and China, the PLAN’s participation can be viewed as a positive confidence building measure that could aid future cooperation. It is also in all the states’ self-interest. The economic lifeline of both China and the U.S. depends on continued maritime commerce in the globalized era. While the prospect of high intensity conventional war is never far from the minds of attendant navies, RIMPAC 2014 is an important venue to work on shared interests like anti-piracy, counter-proliferation and disaster relief.

New Chinese Type 052D Destroyers, 3 in a Row at a Shipyard