Not A Shark, But A Robot: Chinese University Tests Long-Range Unmanned Mini Sub

Tianjin University researchers have completed a sea test of the Haiyan autonomous underwater unmanned vehicle (UUV). The Haiyan is currently... 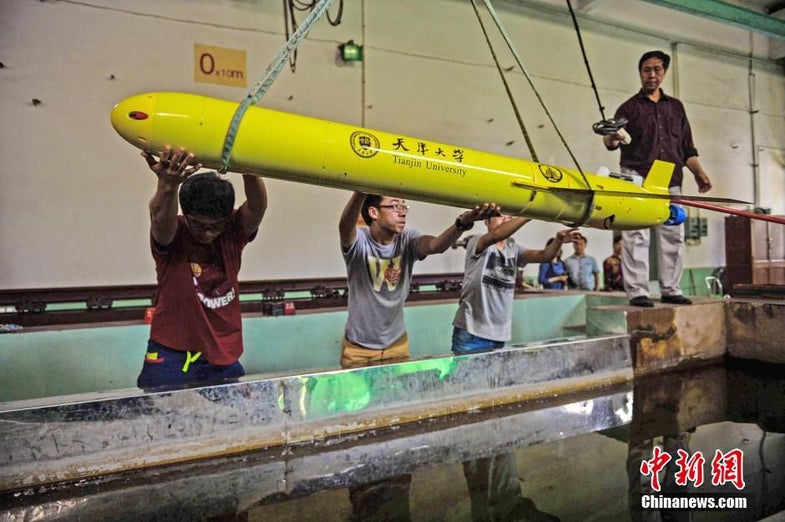 Tianjin University researchers have completed a sea test of the Haiyan autonomous underwater unmanned vehicle (UUV). The Haiyan is currently a civilian platform, targeted for purposes of scientific exploration of marine biology, seabeds and to aid search and rescue missions (such as the assignment of the Blue Fin 21 UUV to search for Flight MH370). But just like the US Navy, the People’s Liberation Army Navy (PLAN) also has close relationships with research universities, sponsoring robotic prototypes for potential military applications. As an autonomous UUV, the Haiyan is capable of conducting independent operations without the need for human intervention, making it ideal for lengthy and/or dangerous missions like minesweeping and submarine detection. 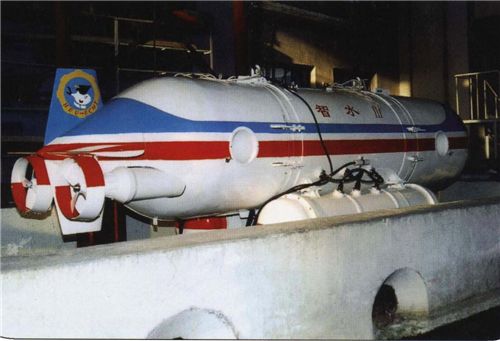 The Zhishui III UUV completed testing in 2000 and has entered service in the PLAN since. This 2000 kg autonomous UUV is used for missions like minehunting and salvage surveys. UUVs of this size often have a endurance of a couple days due to their power hungry propellers.

With an endurance of 30 days and a 1,000 km range, the Haiyan has a smaller size than previous Chinese UUVs such as the Zhishui series (70kg vs. 2,000 kg). What enables the Haiyan’s improved performance over older UUVs is that it is an underwater glider, which uses wings and small changes in buoyancy to transform vertical motion into horizontal motions. Compared to traditional torpedo shaped UUVs, this results in slow (4 knots per hour), but energy efficient speeds that improve endurance. It also has more advanced computing; while the autonomous Haiyan can make decisions about its course, it transmits its data back home for offsite processing and analysis. 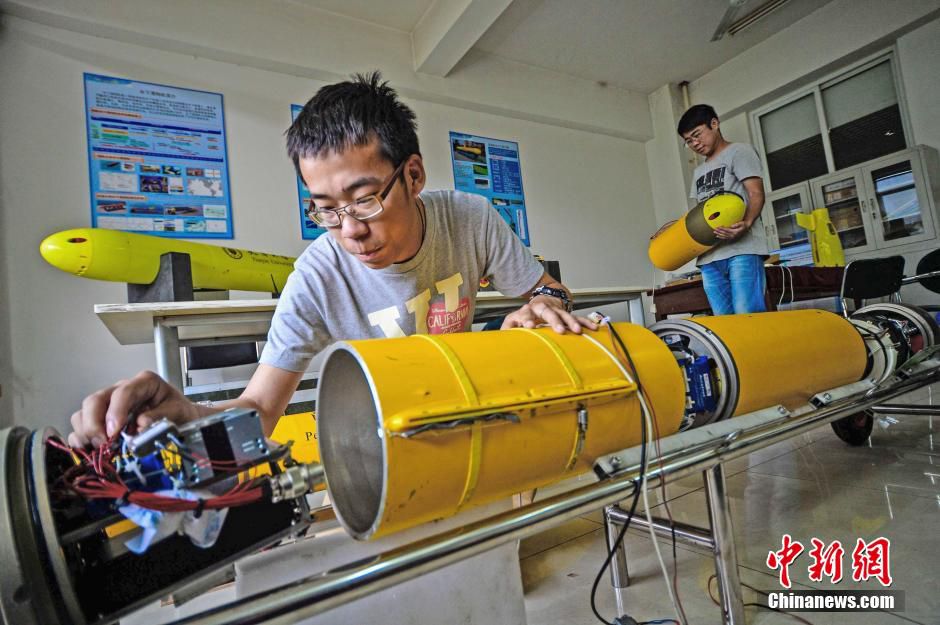 Seen here is the insertion of the guidance system and other processors into the Haiyan gliding UUV’s hull. In addition to allowing the Haiyan to conduct autonomous operations, the onboard electronics can support different sensor types and datalink collected information for offboard processing.

Just as the US Navy is greatly interested in UUV research for facing off against China’s growing Anti-Access/Area Denial capabilities, in turn, Chinese UUVs will bolster these capabilities. Antisubmarine warfare (ASW) has long been a US edge, so PLAN advancement in this area is of great significance. In ASW roles, underwater gliders offer a number of potential advantages. Traditionally, area detection for ASW aircraft was done with sonobouys, small, sonar equipped buoys airdropped over an area of water. Underwater gliders have better endurance than sonobuoys, whose lifespan are often measured in just hours. The larger size of underwater gliders (the Haiyan is four times as large as the USN’s 16kg AN/SSQ-62E sonobuoy) also means that they can carry multiple sensor types to monitor changes in water temperature, conductivity, optical backscatter and acoustics. In the battle for detection of a stealthy submarine, using multiple sensor types increases the probability of finding the prey. Being self-propelled, UUVs can, in turn, cover a wider area. And unlike fixed underwater sonar stations, underwater gliders can be rapidly deployed via ships or airdrops to new uncovered areas (such as the Taiwan Straits or South China Sea), where their mobility complicates enemy efforts to disrupt and destroy them.

In the future, scaled up versions of the Haiyan and other potential UUVs could conduct even more demanding long term missions for the PLAN; a larger UUV could carry larger sensors to detect mines and submarines at longer range, and possibly even carry weapons. Just as in the air and on land, the future of war at sea also bodes to be more and more robotic, and the Chinese Navy plans to not be left behind.