Defense systems can detect stealth submarines using two methods: sonar, which bounces sound waves off a craft, and radar, which... 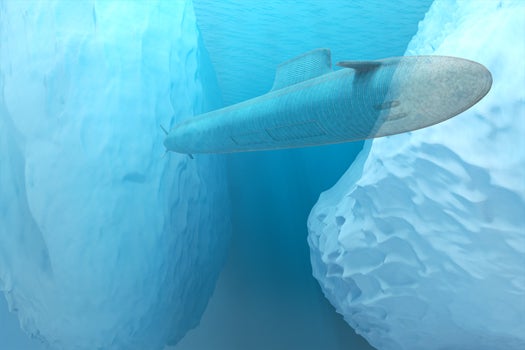 Defense systems can detect stealth submarines using two methods: sonar, which bounces sound waves off a craft, and radar, which can identify subtle disturbances on or below the ocean’s surface that can indicate a sub at depth. Now scientists are developing acoustic and fluid cloaking methods that could defeat both tactics.

The acoustic cloak would use metamaterials—engineered composites designed to display certain natural properties, such as magnetism or refraction—to bend sound waves around the craft, making it undetectable to sonar. A fluid cloak would alter the flow of water over a craft, concealing any wake or turbulence and eliminating the threat from radar. Both kinds of material could, in theory, be fashioned into a sheath that would slip over an existing attack submarine. The Office of Naval Research declined to comment on any new cloaking programs, but it is clearly aware that other militaries may be working on them—the Navy began a Metamaterial Countermeasure and Defeat Program in 2009.

A material that combines acoustic and fluid cloaking systems is possible, says Yaroslav Urzhumov, an assistant research professor at the Center for Metamaterials at Duke University, but won’t happen for a while. If and when it does, Urzhumov speculates that the final product would appear as a housing of fine, water-permeable mesh.

A fluid cloak would consist of hundreds of small water jets, similar to those found on Jet Skis, housed within a mesh sheath. The jets would accelerate water as it entered the sheath [red and orange] and slow it as it left [green and blue]. With no net change in speed, the water would close around the sub seamlessly, generating no disturbance. 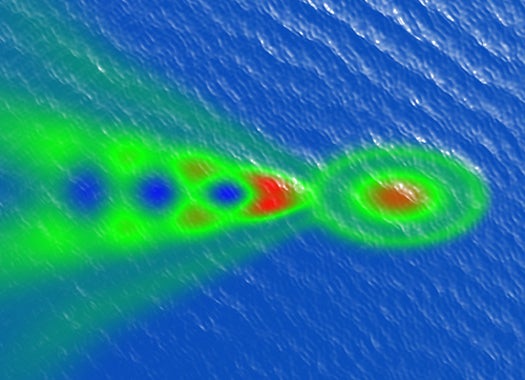 A sub traveling at depth can still broadcast its location. The bulges on the ocean surface made by an object moving underwater, called the Bernoulli hump [red, in the image above], may be detectable from a craft as deep as 1,000 feet. Like any vessel, subs leave a V-shaped trail [green], known as a Kelvin wake, which can also be detected on the surface. Fluid cloaking would eliminate both the Bernoulli hump and Kelvin wake.

Scientists can engineer metamaterials that bend sound waves around an object by combining materials of different densities. Waves speed up when they hit the cloak and slow on departure, creating no net distortion. So far, scientists have cloaked simple shapes such as cones and cylinders. But, Urzhumov says, more complex shapes could be cloaked as well.