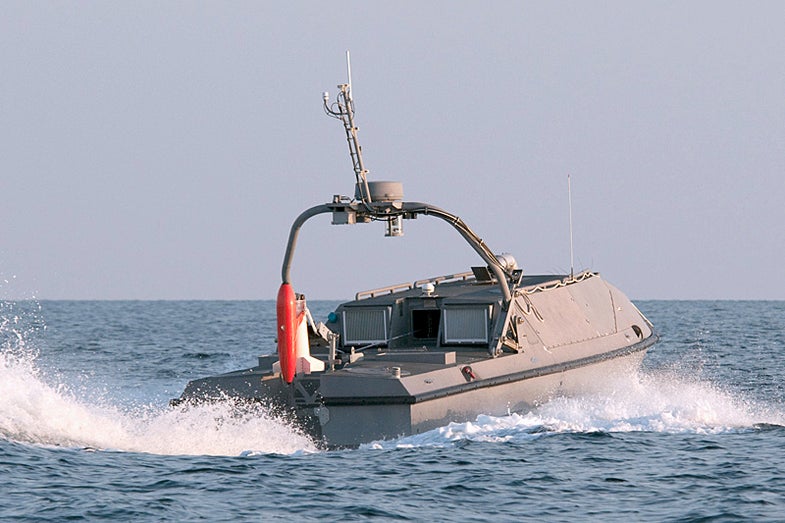 Robots are at their best when doing jobs humans shouldn’t. Sometimes, this job means doing boring work, like slowly crossing the ocean recording data. Other times, this means looking for explosives under the water. The U.S. Navy’s Unmanned Influence Sweep System, or UISS, is a robot boat (or roboat, if you will) meant to perform the latter. It is intended to go onboard the Littoral Combat Ship, stowed away most of the time and then released into the water near suspected minefields. The Navy plans on having a UISS prototype by 2016, with production models ready to deploy and use in 2019.

The Navy already has robotic boats of a sort. In August, they demonstrated swarms of boats, all converted to remote control, some even with degrees of autonomy, in a test on the James River. The converted boats were mostly patrol craft, designed for small human crews. UISS, instead, will be a specially made craft, designed to coax sea mines into exploding before larger ships arrive. 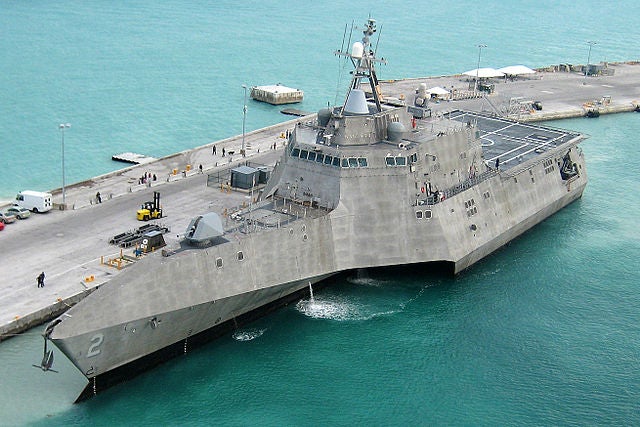 UISS is a tool used by the Littoral Combat Ship, which itself is a new vessel procured by the Navy as a sort of floating jack-of-many-trades. The Littoral Combat Ship is designed to operate close to coasts and in shallower waters that larger naval vessels can’t reach (that’s the “littoral” part of its name). The LCS is designed to do a variety of tasks that work better closer to shore, like fighting small boats, countering submarines, and defeating underwater mines, and each of those tasks requires a special set of modules. The major problem with the “combat” part of its name ship is that it’s armor isn’t very good, but for many tasks, it doesn’t strictly need to be. And for some of the others, there are helpful robots that will do the job while the LCS is safely out of harm’s way.

One of those jobs is minesweeping, and the UISS is how the LCS is going to defeat mines. The minesweeper bot will drag a special cable over patches of mined ocean, trying to fool placed mines into thinking there’s a large ship above them so that they’ll detonate. These triggers can be magnetic or acoustic, and the planned UISS has ways of activating both. In addition to setting off mines, the roboats are supposed to withstand blasts, continuing forward until minefield is no more.

The project is in development now, so expect the navy of the future to protect itself with a ring of protective robots.