The Navy awarded some $40 million for robots that will study the oceans, going as deep as 3,300 feet for as long as 90 days. 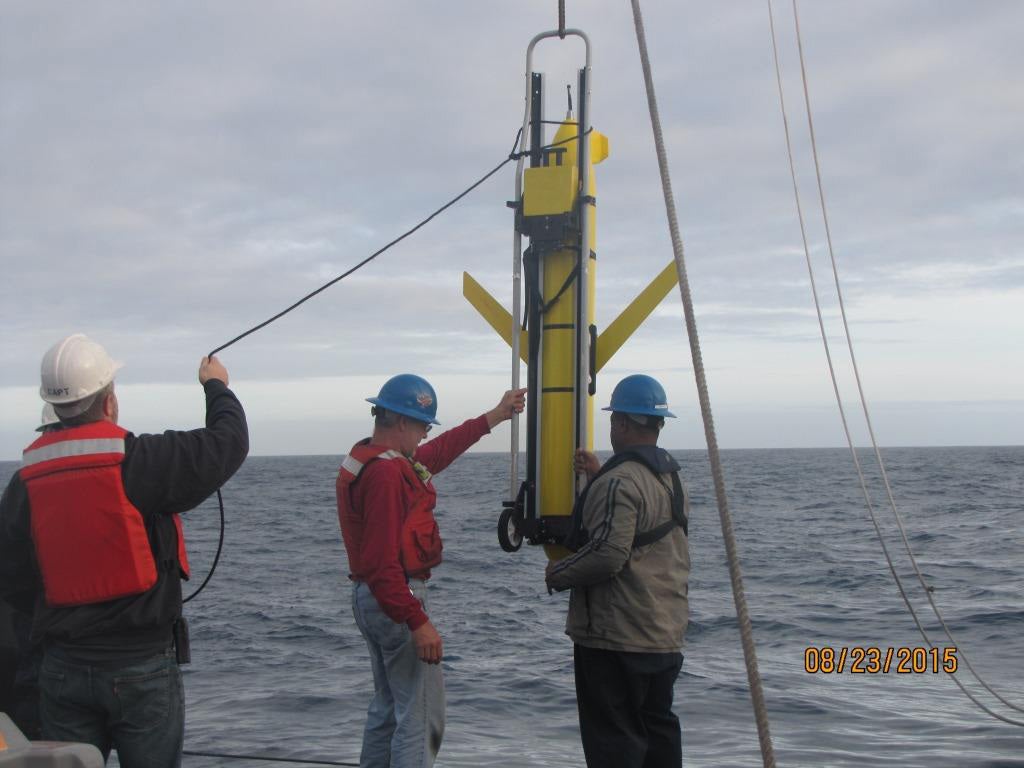 The ocean is an information-rich environment, if sensors are present to read it. The United States Navy, as part of its continued mission to operate throughout the seas and secure its own freedom of movement, is turning to new robots to collect and share that information, operating invisibly under the surface.

In late July, the Navy awarded a contract worth up to $39.2 million to Teledyne Brown Engineering for these underwater sensing robots. Formally the program is for “littoral battlespace sensing-gliders,” or LBS-G, a clunky acronym rich with meaning.

Breaking down the jargon helps reveal what these craft will do, and where. “Littoral” is coastal, the spaces along major bodies of water that are of profound interest for human use, home to much boat traffic, and especially to any incursions that threaten activity on land. “Battlespace” is a messier term, but it is essentially how the military understands the factors of an environment— everything from the weather to the positions of vehicles to ambient electromagnetic interference—that might shape how fighting happens. Finally, “sensing-glider” captures the design of these winged torpedo-shaped robots, which propel themselves like planes under the surface.

The robots selected for this program will be based on Teledyne’s existing Slocum glider. Depending on the battery, existing Slocum gliders can operate with a short range of 220 miles for 15 days, or a maximum range of 8,000 miles over 18 months. They can also travel on the surface of the sea, and from there upload sensor readings to Iridium communication satellites for dispersal.

Teledyne says this program is the first “Unmanned Underwater Vehicle (UUV) program chosen for full-rate production by the U.S. Navy,” and one of these gliders was already the centerpiece of an international incident. In 2016, a naval vessel in China’s military collected a Slocum glider in the waters of the South China Sea, before returning it to the US Navy a few days later.

For the LSB-G program, Navy specifications stipulate that the robot must be able to operate at a depth of 3,300 feet for up to 90 days. This means the robots can exist, in a range of conditions, as a useful yet expendable kind of weather station, checking in to inform the Navy as a whole about conditions under the sea, thanks to its suite of sensors.

Those sensors will read the electrical conductivity of the water, a dataset that can give the Navy information about how well certain sensors will work in the ocean. Conductivity is also useful to know for figuring out ballast requirements on a submarine, and better to have in hand before arriving.

These sensing-gliders will also check for temperature and depth, both of which inform underwater operations, and can scan for optical clarity, or how easy it is to use visual sensing beneath the waves.

With these sensors, the gliders can look for underwater naval mines, which are explosives that pose a threat to larger and crewed vessels. Knowing if mines are present, and where to avoid them if so, is vital information—the difference between safe passage and secure landings or watery graves.

The bots also provide a lower stakes way to perform some oceanic monitoring and surveillance. The ocean is vast, and while the Navy may be interested in all of it, there is a finite capacity to monitor the sea. Using robots expands the range and reach of this monitoring, and it’s less of a big deal if a robot is captured doing this work than it would be if a human crew was captured for doing the same.

Using somewhat expendable robots to collect this information expands on existing practices, in which aircraft would release floating sensor arrays called sonobuoys in advance of a naval approach. Underwater, the robots are hard to track, and on the surface they can be given new orders and relocated in accordance with changed plans.

More broadly, these robots are not just tools, but part of the Navy’s broader vision for an “ocean of things,” a sensor-rich sea where what can be known about conditions in the water is collected and shared with fleets in real time, or close to real time. Knowing the shape of water means knowing the shape of battles to come, and even knowing how and where to avoid battles that are set to go poorly.