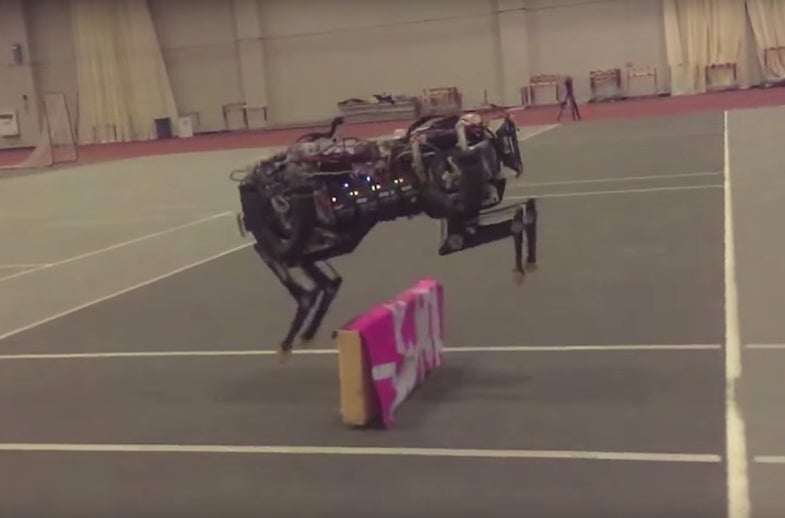 Cheetahs are known for their speed, but the robotic Cheetah 2 created by the brilliantly twisted minds at MIT’s Biomimetics Robotics Lab has another skill to brag about: its jumping prowess. As shown in a new video, the Cheetah 2 robot has been “trained” to detect and jump over obstacles up to 40 centimeters tall.

In order to achieve the high-flying results, researchers at MIT upgraded the robot with new algorithms that allow it to take in real-time obstacle detection data from a laser sensor on its front, and use said data to gauge the distance and height of upcoming obstacles. Then, the algorithms adjust the Cheetah 2’s footsteps accordingly to position it for a jump that will clear the obstacle in time. As the video shows, MIT researchers were even confident enough in the programming to let the bot jump without a safety harness, and to try a series of hurdles.

The results are even more impressive than the last demo we saw of the DARPA-funded robot running around the MIT campus without its leash. Now that the Cheetah 2 is capable of trotting, galloping, and jumping, it might be time to crown a new king of the concrete jungle.