The Air Force's experiment in June involved a big MQ-20 drone, and is part of a promising yet challenging military aviation program. 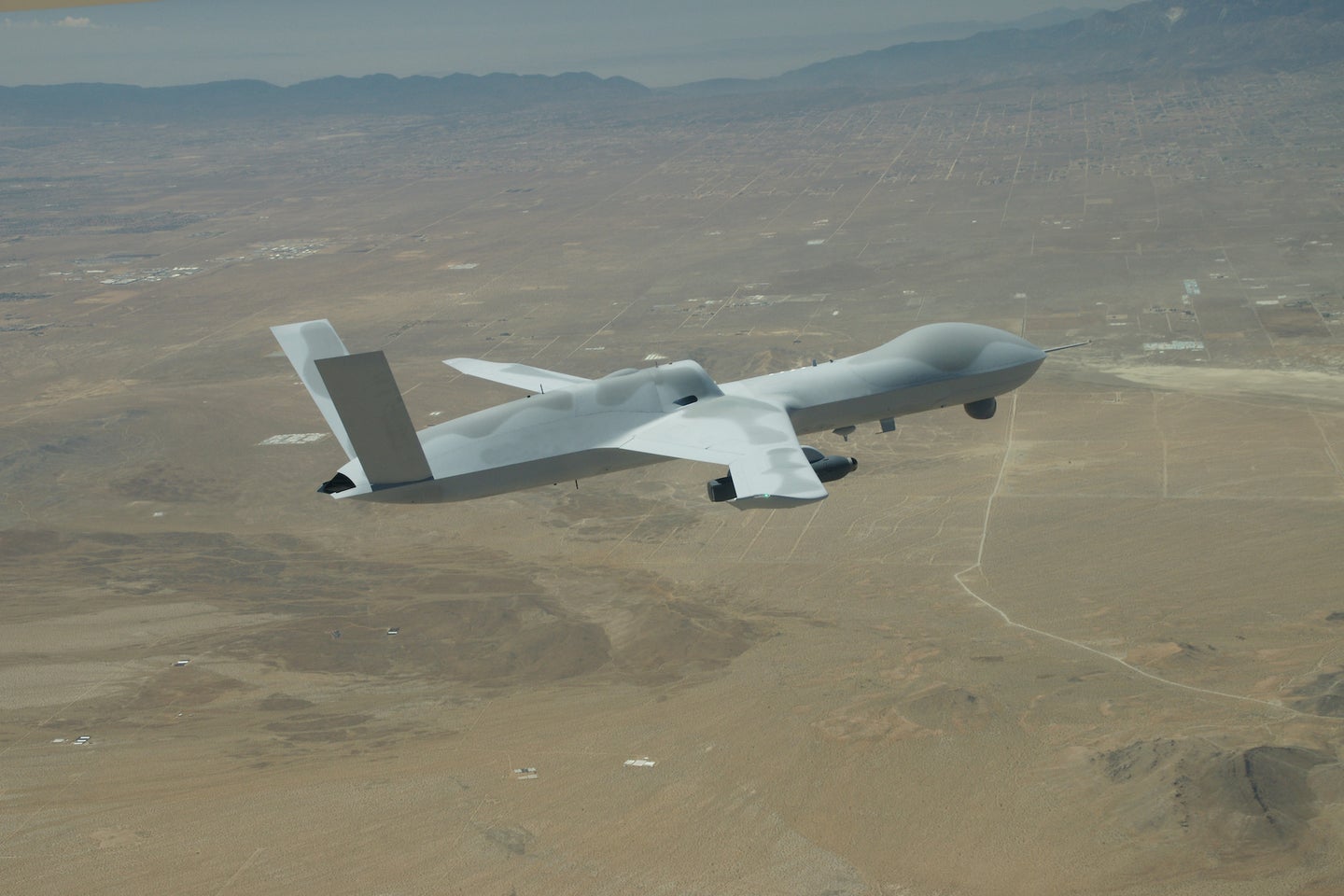 On June 24, a digital pilot flew a 44-foot-long drone over California. This Air Force program, called Skyborg, could one day use its AI system to operate uncrewed robotic wingmen that would accompany traditional fighter jets into battle.

This test lasted two and a half hours, and involved a large drone called the MQ-20 Avenger, which is made by General Atomics and boasts a sprawling, 76-foot wingspan. It was just the second time that the Air Force has flown a drone using the Skyborg software; the first occasion was in late April, in Florida, using a smaller craft made by a company called Kratos.

The Air Force’s goal, as described in a recent press release, is for the artificial intelligence software to be able to modularly pop into different types of uncrewed aircraft and “autonomously aviate, navigate, and communicate, and eventually integrate other advanced capabilities.” Those additional capabilities could include the software flying the drone alongside a human pilot in a fifth-generation fighter like an F-35, and perhaps even charging ahead into a battlefield.

The Air Force refers to the software that does the actual flying for Skyborg as the “autonomy core system,” or ACS. Once the ACS was given control of the aircraft in the June test, according to the Air Force, it “accomplished basic aviation behaviors and responded to navigational commands, while reacting to geo-fences, adhering to aircraft flight envelopes, and demonstrating coordinated maneuvering.”

Eventually, a Skyborg drone may work with a human-flown aircraft in a partnership that the military refers to as manned-unmanned teaming. But Heather Penney, a senior fellow with the Mitchell Institute for Aerospace Studies, former F-16 pilot, and combat veteran, stresses just how much work is left to do on this challenging task.

[Related: An AI just copiloted a U-2 spyplane for the very first time]

A second successful test of Skyborg in a controlled environment is a small but notable step, she says, but real-world deployments of Skyborg-powered drones will face serious additional challenges. “This is a very difficult thing to do, especially when you look at what the combat battlespace is going to be—it’s going to be very dynamic,” she says. “You have to enable it to sense and respond and react appropriately to the battlespace environment, as well as to the teammates.”

Nonetheless, she sees the software as playing a key role in military aviation going forward. “This is the future of combat operations for a number of reasons,” Penney says. Uncrewed drones flown by software like this could “take on unique and different missions.”

So what would those missions, or tasks, look like? One use, she says, could be “forward sensing,” meaning that the drones would fly ahead of crewed aircraft and analyze the area. They could also “provide additional weapons capacity,” she says—deploying missiles or bombs on command. Or, they could carry out “collaborative electronic warfare” by jamming enemy signals. In short, they’d enhance what a typical crewed fighter jet can accomplish. And they have one more advantage: since they’ll be less expensive than a traditional fighter jet, and won’t have humans on board, they’ll be more disposable in dangerous situations.

Three companies have contracts to build drones that Skyborg could pilot. They are General Dynamics, which makes the Avenger drone flown in the most recent test; Kratos, which manufactures a drone used in the first test; and Boeing, whose Loyal Wingman drone has a removable, modular nose to allow for different payloads and missions.

But Penney, who used to fly the fighter jet known as the viper and now pilots aircraft like a Cessna 170, emphasizes that the system has its work cut out for it in the future. “People don’t understand how truly complex this problem set is,” she says. “What they’re trying to do is create a core capability that can be ported into any drone.” And that’s hard, because just as a human pilot has to learn how different aircraft handle when they switch plane types, so too will the Skyborg system. That, she says, is a very “audacious objective.”