Here's how hypersonics—objects that travel faster than Mach 5—compare to traditional cruise missiles and ICBMs. 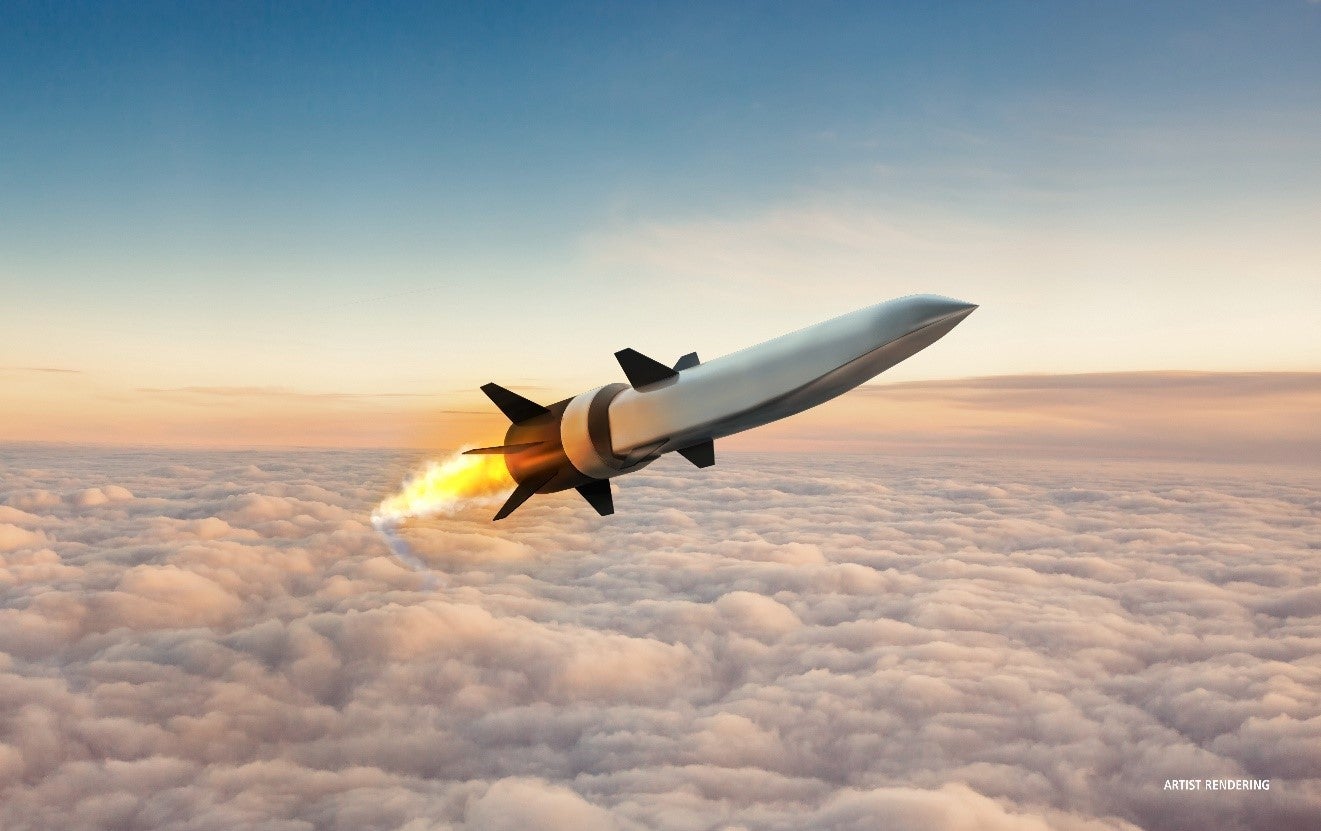 Last week, DARPA successfully demonstrated a hypersonic missile. Released from a plane, the missile briefly fell, and then its powerful engine hurled it forwards, surpassing Mach 5, or five times the speed of sound.

Any vehicle that goes faster than Mach 5, or five times the speed of sound, is technically hypersonic. This missile just cleared that threshold, and it is expected that similar designs will go that fast or faster.

The missile, called the Hypersonic Air-breathing Weapon Concept (HAWC), is a type of middle child between slower cruise missiles and much faster ballistic missiles. “The HAWC vehicle operates best in oxygen-rich atmosphere, where speed and maneuverability make it difficult to detect in a timely way,” DARPA said in a release about the launch. “It could strike targets much more quickly than subsonic missiles and has significant kinetic energy even without high explosives.”

The HAWC is propelled by a “scramjet,” or “supersonic combustion ramjet,” an engine that compresses incoming air, mixes with its hydrocarbon fuel, and then ignites that fast-moving airflow mixture. A hypersonic missile like the HAWC could hit a target without any warhead on board, as the sheer calculus of force times mass is enough to do the same damage as a slower explosive-filled warhead.

A Tomahawk cruise missile, the kind widely used by the US, has a top speed of 550 mph. Mach 1, or the speed of sound, is about 761 mph (it will change based on temperature, though). Meanwhile, ICBMs, which are missiles used to launch nuclear weapons from one continent to devastating effect on another, are fast even by hypersonic standards. Minuteman ICBMs, used by the United States, reach an insane Mach 23.

Countermeasures for missiles are hard to build and make work, though they are hard for cruise missiles and ballistic missiles in different ways.

Cruise missiles maneuver in flight and fly low, traveling outside the reach of radar, but if seen, they can be shot down by fighter jets or anti-air missiles. Cruise missiles can be subsonic, like the Tomahawk, or supersonic, like the Air-Sol Moyenne Portée used by France. ICBMs, meanwhile, travel fast but go up and then down, a screaming-loud trajectory around which countries, like the US, Russia, and China, have spent the better part of a century establishing and testing detection protocols.

Once a nation has detected a ballistic missile launch against it, it might retaliate with a launch of missiles of its own. This threat is the guiding principle of nuclear deterrence. The United States has also invested in missile defense programs, which promise to hit incoming ICBMs with interceptors, though the programs have yielded some mixed results in decades of testing.

It is in this existing environment that nations like Russia, the United States, China, and as of September 29, North Korea have all tested hypersonic weapons.

Confusingly, “hypersonic weapons” is a category that refers to two different kinds of missiles, which share a very fast speed but differ in how they fly, and the trajectories they take.

Hypersonic glide vehicles are carried by a rocket to the edge of the atmosphere, and then dip back down, gliding at fast speed back to earth. These can maneuver a little in flight, but they are doing so as gliders, without independent thrust of their own. North Korea’s hypersonic weapon is a glide vehicle.

The specific trajectory of hypersonic glide weapons (like the one just tested by North Korea) offer one possible way around a country’s ballistic missile defenses. Other ways to get around ballistic missile defense is for the ICBMs to release chaff and decoys to foil such defenses, and also use multiple warheads that split off in flight, ensuring some harm always gets through.

Meanwhile, hypersonic cruise missiles are powered by onboard engines, released from planes in flight, and maneuver the entire time they are in flight. The HAWC that DARPA just tested is in the latter category, as are some of the efforts by Russia.

A hypersonic cruise missile offers the hitting power of a cruise missile, with less time for detection. That makes it harder to scramble jets to shoot it down, or use existing anti-air missiles to prevent it from reaching its target. Because the kinetic energy of the HAWC is so great, the force of it hitting most targets will often be enough to cause the same amount of harm as a conventional warhead.

Risks and implications of hypersonics

What is especially tricky, for policy makers and military planners, is that it can be hard to know what payload a missile has until it reaches its target. For countries that feel the new hypersonic missile that DARPA just tested threatens their own ability to launch attacks in response, nuclear or conventional, they may be more inclined to react with a launch of their own.

[Related: No one wants another H-bomb test in the Pacific]

“Some have identified two factors that could hold significant implications for strategic stability: the weapon’s short time-of-flight—which, in turn, compresses the timeline for response—and its unpredictable flight path—which could generate uncertainty about the weapon’s intended target and therefore heighten the risk of miscalculation or unintended escalation in the event of a conflict,” reads a report on hypersonic weapons by the Congressional Research Service, published August 2021. “This risk could be further compounded in countries that co-locate nuclear and conventional capabilities or facilities.”

In pursuing HAWC, the US military is one step closer to a missile that can fly low and obliterate a person, vehicle, or building without notice. It will provide, as Raytheon vice president of advanced technology Colin Whelan said in a statement, “a significant increase in warfighting capabilities.”

Yet the shape of that war, the one that will be enhanced by having HAWC-style missiles on hand, is yet to be determined. In its long and ongoing wars in the 21st century, the United States has already been able to hit targets with subsonic cruise missiles, bombs and bullets fired from aircraft, as well as explosives and even spinning knife-missiles launched from drones. The sort of war where the HWAC matters is likely one where the country on the other side has a range of defenses against existing weapons. And, more importantly, powerful weapons with which they can hit back, too.