As NASA and SpaceX prep for a historic launch, two actual rocket scientists reflect on rough Shuttle-era rides into orbit. 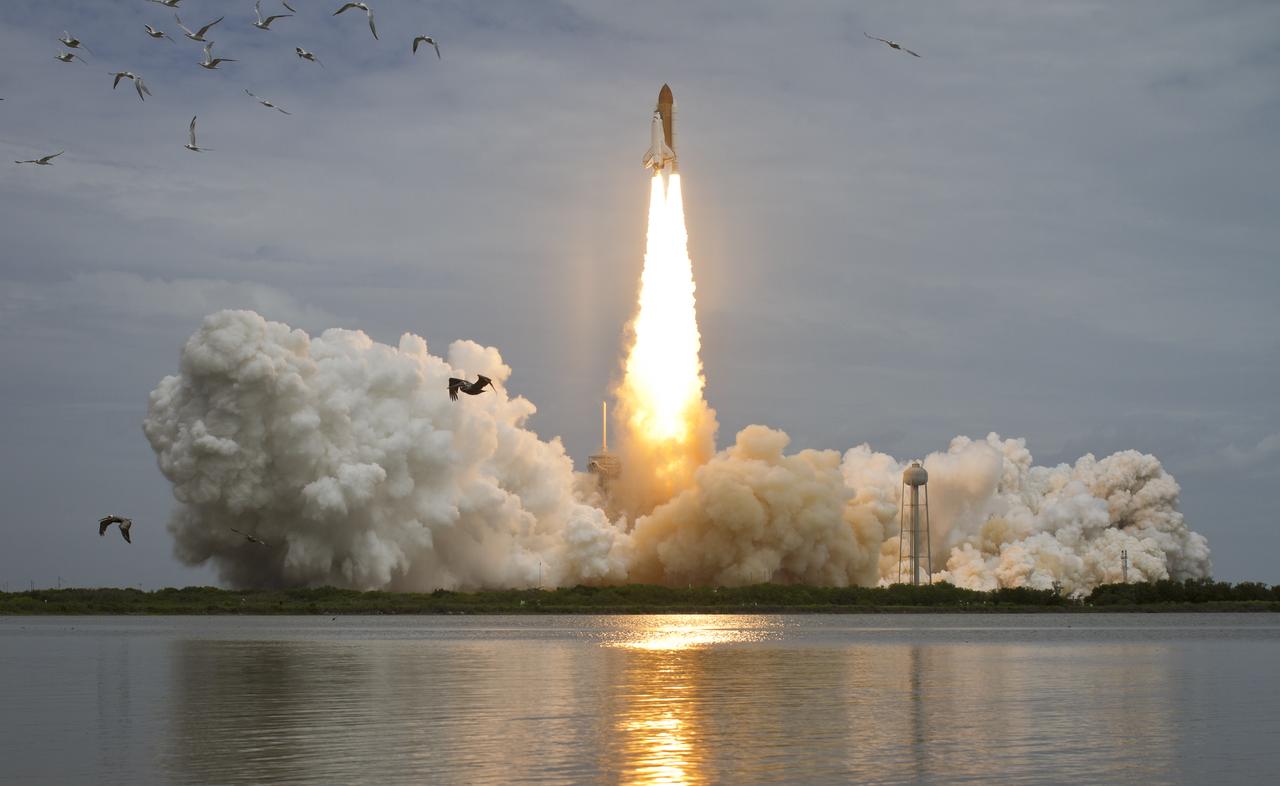 Update on June 1: the launch and journey to the ISS was a success.

If all goes according to plan on Saturday—the new launch date for a high-profile mission—two NASA astronauts will blast off on a SpaceX Falcon 9 rocket from Florida, bound for the International Space Station (ISS). It will be the first crewed launch from US soil since 2011, when the Space Shuttle orbiter made its last flight.

When the Shuttle made its debut on the Kennedy Space Center launchpad in 1981, it had two astronauts on board. Up to that point, NASA had never before sent a rocket system up on its maiden flight with people strapped in. (They did run atmospheric glide tests with a crewed orbiter that was hitched it to a 747, but those missions weren’t actually in space.)

To mark the Crew Dragon launch, PopSci spoke with two Shuttle-era astronauts—one who flew on that initial 1981 mission, and another who flew on the final 2011 tour. Both shared their thoughts on what it’s like to ride a space plane that’s attached to two solid rocket boosters—and how the experience might differ for those headed to the ISS on Saturday if conditions permit.

Robert Crippen, now 82, remembers how the first Shuttle mission rocketed off the deck only two days after the scheduled takeoff was cancelled, or “scrubbed.” “I was pleasantly surprised by that because it was a pretty complicated vehicle, and there were lots of things that could scrub it for a launch,” he says. “But it worked.” The then-43-year-old space rookie was joined by commander John Young, who died in 2018 at age 87.

Crippen and Young couldn’t draw on spaceflight history for their maiden voyage, called STS-1. “We didn’t have any idea about probability [or] risk assessment when the Shuttle was first launched,” Young recounted in the 2008 Discovery Channel documentary series, When We Left Earth – The NASA Missions. “Anybody who thinks they can statistically predict when something with two million moving parts is gonna fail is sort of smoking something they shouldn’t be, probably.”

Crippen remembers his heart rate rocketing to around 130 beats per minute at launch. “It was only when the count got into one minute that I really thought we were going to do it,” he tells PopSci. “That was when my pulse rate shot up, and it was pure excitement on my part.” He flew three more times after that inaugural mission, but of course, the initial trip stands out the most. “There’s nothing like your first flight,” he explains. “On the first flight, ascent, which lasts 8.5 minutes, seemed like it went by in 30 seconds to me.”

Now nearly 40 years later, Crippen is ready to see NASA and SpaceX set another milestone. “About darn time,” he quips, when asked about the Crew Dragon launch.

Just over 30 years after Crippen and Young’s landmark flight, Rex Walheim and three other astronauts climbed aboard the final Shuttle mission. Walheim flew on the craft three times, and still vividly remembers the liftoff sequence.

Crawling into the vehicle some 90 minutes before blastoff required some “gymnastics,” he tells PopSci, given that the giant space plane was sitting on its tail, as opposed to being parked flat on a runway. Once he got to his seat, he was flat on his back. “You pretty much feel like you’re sitting on the top of a 15-story building or something,” Walheim says. “[The Shuttle] is solid as a rock.”

But that feeling only lasted until the moment of the launch. “At T-minus six [seconds], the main engines start,” Walheim says. “And now this beautiful building that seems like it was solid as a rock, it just starts to shake like it’s coming apart.” The engines burned for just a few seconds before the solid rocket boosters kicked in. Then, there was no going back.

“At T-minus zero you get that big kick in the pants when the solid rocket boosters light,” Walheim says. The G-forces rapidly accumulated to around 2.5, which is more than twice as much gravity you feel on Earth. “You know you are getting shot off the planet really quick,” he adds.

At a certain point, the Shuttle throttled back to avoid stressing the vehicle; then it throttled up again. “When those engines come back up, it feels like you just threw the afterburner on a jet, going straight up of course,” the former astronaut explains.

“On my first mission, when the SRBs came off, this debris just went smacking against the windshield, kind of like you ran through a bunch of bugs. And it was like, ‘wow!’” The shuttle then stabilized, and the force the astronauts felt dipped back down to about one G.

But the craft quickly sped up again to continue the ascent over the next 6.5 minutes. “The G-forces build, and build, and build—the feeling is one of incredible acceleration,” Walheim says.

“You’re accelerating like you are a bat out of you-know-where,” he explains. It’s “eye-watering.”

Finally, 8.5 minutes after launch, the ride smoothed out. “The engines shut off, and it feels like you keep going,” Walheim says. The moment took him by surprise: “It felt like the Shuttle stopped, and I went straight through it. I got a tremendous tumbling sensation.”

NASA, of course, has since retired the Shuttle. “I think it’s the most beautiful vehicle ever to have a chance to fly in space,” Welheim reflects.

As for the Crew Dragon launch, the sensations on board should be different than the ones Crippen and Walheim described. “I think our expectation is that, based on our Shuttle experience, the first stage was pretty rough and rumbly,” Robert Behnken, a veteran NASA astronaut who will be on board the commercially built craft, said during a press conference earlier this month. “We expect Dragon to be a little bit of both—we expect it to be smoother, but we also expect it to be louder from that initial portion of the launch.” The SpaceX system comes with a classic, retrograde design—it involves a capsule—instead of a unique space plane like the Shuttle.

The joint SpaceX and NASA launch is expected to now take place on May 30 at 3:22 EDT. Watch it live here.

This story has been updated to reflect the new launch date of Saturday, May 30. It originally contained details about the first launch attempt on May 27, which was scrubbed because of “unfavorable weather.”