Clumps of bacteria could spread life between planets

A unique trick could let microbes zip from Earth to Mars, for example, and survive the trek. 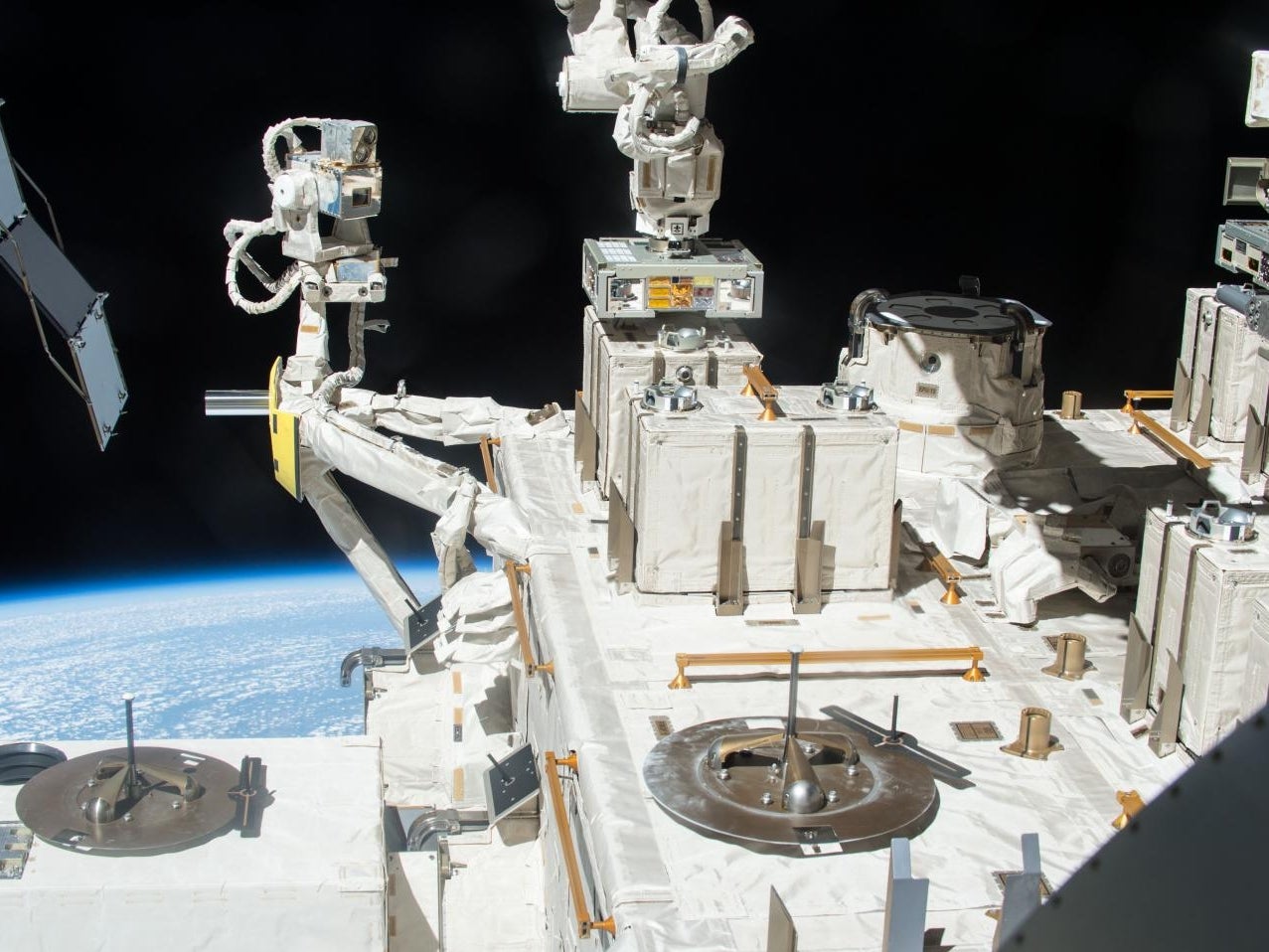 The bacterial exposure experiment took place from 2015 to 2018 using the Exposed Facility located on the exterior of Kibo, the Japanese Experimental Module of the International Space Station. JAXA/NASA
SHARE

For decades, astronomers have theorized microbes could drift through the vastness of space like pollen in the wind, planting the seeds of life across the cosmos. New research from the astrobiology mission “Tanpopo,” appropriately named ‘dandelion’ in Japanese, suggests they very well might be. That would make life much more common in the universe than previously thought.

“The origin of life is the biggest mystery of human beings,” says Akihiko Yamagishi, Tokyo University microbiologist, principal investigator of the Tanpopo mission, and lead author of the new paper. He says that the team was able to show microbes would be able to survive the trek from Mars to Earth without shielding from the dangers of space if they clump together.

To do so, astrobiologists took their experiments to space to see how terrestrial life holds up in this harsh environment, where the vacuum, lack of oxygen, ultraviolet radiation and extreme temperatures would seem to preclude it. In the new study, published Wednesday in the journal Frontiers of Microbiology, researchers report how a specific type of bacteria on the International Space Station survived these harsh space elements for three whole years.

First, NASA astronaut Scott Kelly affixed densely-packed balls of Deinococcal bacteria on exposure panels outside the giant space laboratory back in 2015. Deinococcus, which can be found high up in our atmosphere, is known for its unusual ability to resist genetic damage from high doses of ultraviolet radiation and its tendency to form relatively large colonies.

Later on, astronauts looked at the pellets after one, two and three years. After their harsh three-year sojourn, the thinnest layers of bacteria were fried by ultraviolet radiation. But the dead layers of bacteria protected the DNA of the microbes underneath from getting too damaged to survive: researchers found that all samples larger than 0.5 millimeters at least partially survived the high-altitude hike. Yamagishi and his colleagues suggest that a colony twice that thick—roughly the width of a dime—could survive up to eight years in space. That’s far more than enough time to travel from Mars to Earth, Yamagishi says.

This adds a level of feasibility to the panspermia theory, which proposes that life on Earth is the child of a distant parent. The idea is simple: Life did not begin on Earth but, instead, hitched a ride here from somewhere else in the universe. The study is “very well conducted,” says Chandra Wickramasinghe, an astrobiologist at the University of Buckingham who was not involved with the study. Wickramasinghe was the first to theorize panspermia in a scientifically rigorous way in 1974. “Over the past four decades, all the predictions of cometary panspermia have been verified. This is very unlikely to happen for a theory that is wrong.”

Manasvi Lingam, an astrobiologist at the Florida Institute of Technology who was also not involved in the research, considers this study to be “a valuable addition to the growing body of evidence that extremophiles are very hardy and able to withstand the perils of outer space,” at least over short periods of time. However, Lingam adds that the new research also has serious implications on planetary protection and biological contamination—extremophiles like Deinococcus may have successfully hitchhiked on past and present spacecraft sent to Mars, inadvertently spoiling the pristine Martian environment. If we do one day discover life on Mars, it may be difficult to tell whether it originated there or drifted over from another planetary body.

Previous studies have shown that bacteria can survive in space when shielded by a rock, but Yamagishi and his colleagues suggest bacteria might also survive by clumping together to build an “ark for interplanetary transfer” of life—a concept the authors have called “massapanspermia”.

Though this is the best-yet estimate of the survival rate of bacteria in outer space, the theory of panspermia remains controversial. There are still many unanswered questions about how the space-surviving microbes could physically survive the transfer from one celestial body to another. Yamagishi’s team and the Tanpopo mission will continue exposure experiments with different species and in different conditions in an effort to tease out some answers.