2020 is on track to be the hottest year in history 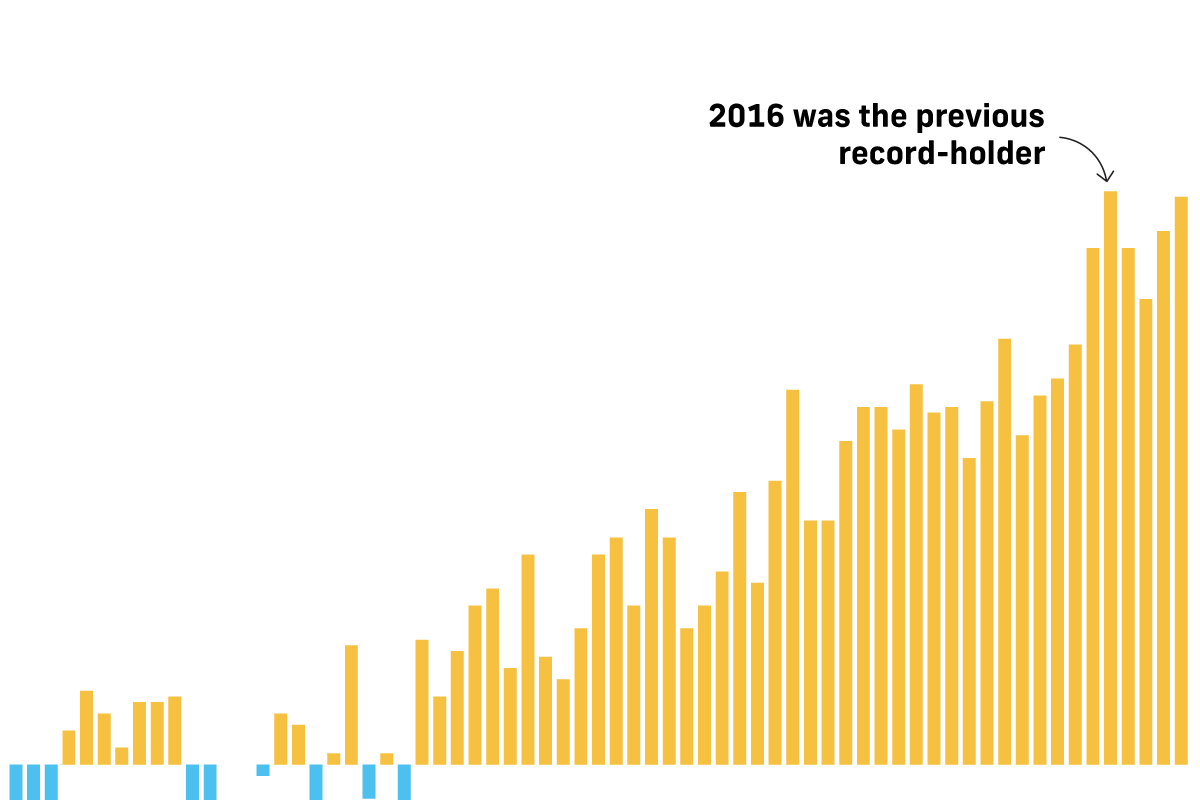 2020 is on track to be far hotter than normal. Infographic by Sara Chodosh
SHARE

It’s been a superlative year in a lot of ways, and with just a few weeks left, 2020 is likely to cram in another: the hottest year on record.

Previously, 2016 had held that illustrious title—and global warming records are getting broken faster and faster. Before 2016, 2015 had the title, and prior to that it was 2010. These aren’t exactly the kind of records we want to be breaking. But, unfortunately, this is the reality we live in: the climate is warming at a terrifying rate, and we’re doing little to slow it down. Despite life as we know it grinding to a halt and emitting far less carbon dioxide than last year, we still produced 40 billion metric tons of CO2.

There is still a chance that 2020 won’t be the hottest year on record. To be more precise, the National Oceanic and Atmospheric Administration (NOAA) gives it a 54 percent chance of overtaking the top spot, which means a 46 percent chance that 2020 will be only the second hottest year on record. That might technically be good news, but it’s not really.

This was actually supposed to be a cooler year. A moderately strong La Niña weather pattern was in place, which has had a pronounced chilling effect on the eastern and central parts of the Pacific Ocean. But the rest of the world was so much hotter than normal (northern Russia was an average of nine degrees F hotter than normal) that the planet as a whole has still ended up way too warm. In fact, it was the warmest the oceans have ever been during a La Niña this strong.

The World Meteorological Organization is predicting 2020 will end up being 1.2ºC above the 1850-1900 baseline. We’ll have to wait until January to know for sure where this year lands in the record books, but whether we break the record or not, it’s been a scorcher.