These otters learn how to snag snacks by watching their friends

Knowing how they find food could help us protect the at-risk fuzz balls. 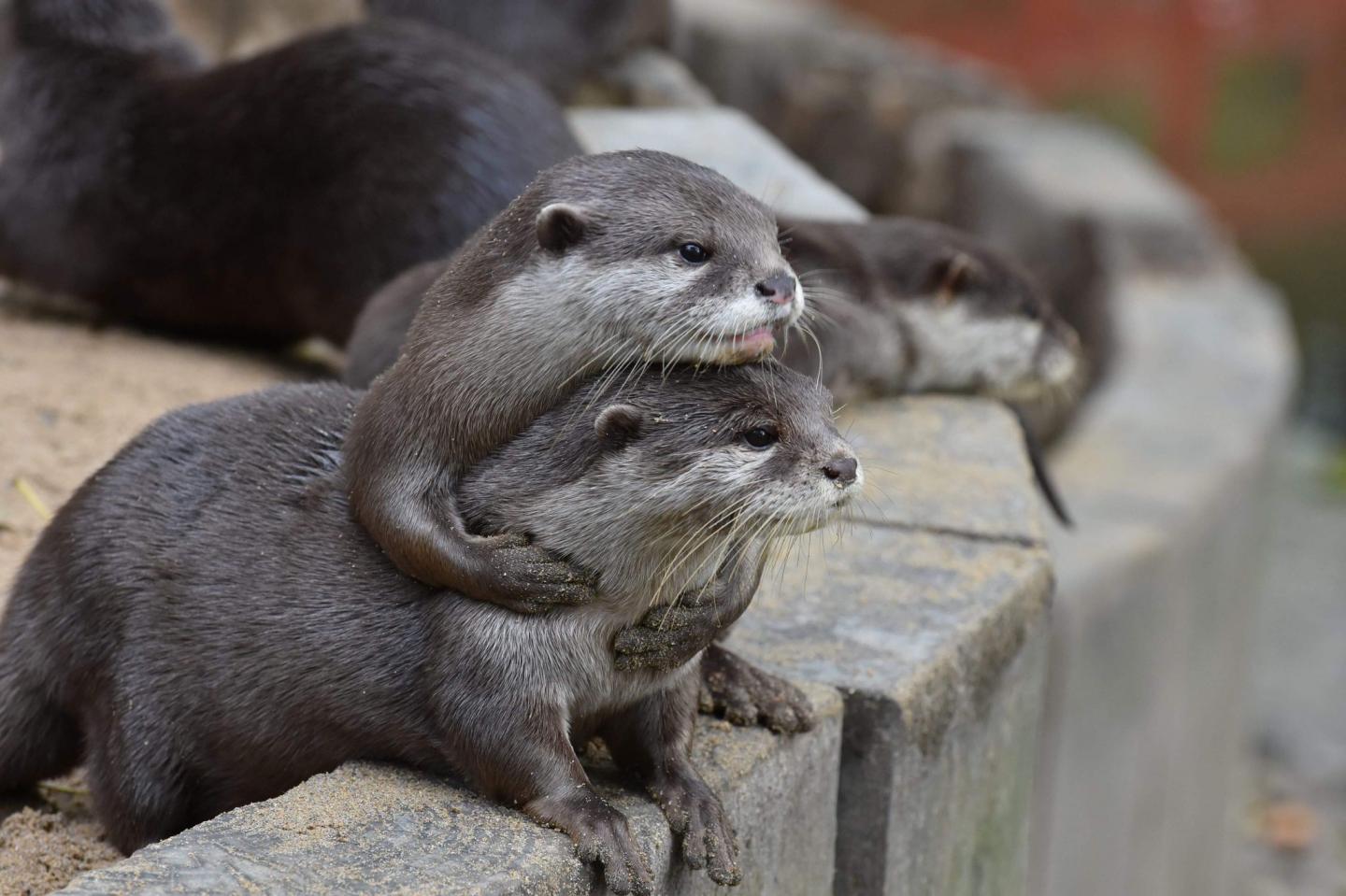 The best way for an otter to learn? To have their buddies show them how it's done. Yazmin Pullen
SHARE

When learning a new trick, whether it’s how to properly use chopsticks, riding a bike, or editing something on Photoshop, it can be a lot easier to look on and see how somebody else does it. And if it’s one of your family members or close pals that helps you out, that’s even better.

It turns out that otters also like to have a bit of a helping hand when it comes to figuring out puzzles. A new study in the journal Royal Society Open Science found that when a group of captive Asian short-clawed otters worked on a variety of puzzles to score a tasty meatball snack, they would look on to see how their mates did it, speeding up their learning times. Not to mention, months after they first completed the puzzle, the otters still had a pretty good memory of how to snag their snack from the plastic contraptions, completing the tricks 69 percent faster a second time around.

The researchers, led by University of Exeter Ph.D. candidate Alex Saliveros, looked at three family groups of otters as they fiddled with five different tasks of varying difficulty. What he noticed was that when one otter finally got the hang of it, its closest associates weren’t far behind in finding a solution. And while otters are some of the cutest critters on earth, we still don’t know much about how exactly they learn, Saliveros says.

“There’s just not been a ton of research,” he says.

But figuring out how otters learn is quite important, says Lei Lani Stelle, a biology professor and marine mammal expert at the University of Redlands who was not involved with the study, especially because several species are at risk thanks to human development habitat destruction. Asian short-clawed otters in particular are declining due to overfishing that affects the creatures they snack on. Knowing more about what makes otters tick might help scientists prep them for a changing world in the best way possible. Stelle says that in some cases, wild otters may be temporarily caught and then released into a new habitat, but in other cases, it’s all about prepping captively bred otters for a life in the wild. But right now, there’s no consensus on how to do that seamlessly.

“If we understand better how they learn to find food,” Stelle says, “that can help us develop better protocols for reintroduction.”

Additionally, otters are essential to understanding the health of their environment, adds Heide Island, a comparative biological psychologist and otter expert at Pacific University Oregon who was not involved with the paper. “They are also incredibly important to study, as most all otters are sentinel species, meaning they are a bioindicator of the health of our environment,” she says. “Some otters too, like sea otters, are also keystone species, meaning their presence contributes to the health of a given habitat based on their foraging and hunting behavior.”

Saliveros hopes to take the next step with these otters, further unraveling how they learn by looking at even more realistic tricks and tools. Seeing how they crack open a tasty crustacean or comparing how otters of different ages perform when it comes to varying tests will assist researchers in learning as much as they can about these fuzzy little rascals.