Much of what we know about high-protein diets is based on outdated, flawed data

Western scientists starved animals and fed soldiers junk food to crunch the math on how much meat humans require. 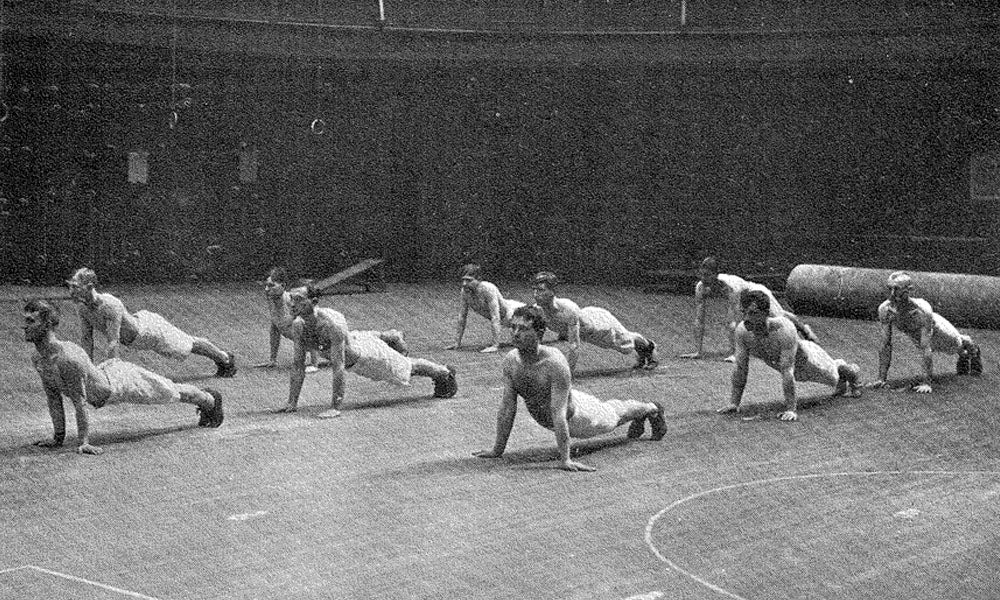 The questions physiologists asked about animal energetics were straightforward: How much energy was required to keep an animal from starving under various conditions (for example, physical regimen, ambient temperature)? How much protein—specifically, in the early days, how much meat—was required to maintain the animal in nitrogen equilibrium, that is, to ensure that the quantity of nitrogen lost as urea in the urine was equal to that ingested? Efforts to measure metabolic rate by gauging the volume of carbon dioxide expelled in respiration went back at least to the French chemist Antoine Lavoisier’s experiments with guinea pigs in the 1780s, but for a long time, respirometry remained cumbersome and subject to the concern that what an animal did under a respirometer hood did not represent a good approximation to what it did out in the world. So in most labs, the key methods of research into the 1910s were collecting animal waste and fasting animals, often to the death.

A variety of animals were sacrificed by starvation: rats, rabbits, guinea pigs, chickens, cats, and dogs. Physiologists were partial to dogs, and canine hunger artists were cited with approval in the energetics literature into the 1950s. A dog in one lab in Tokyo was reported in 1898 to have survived 98 days without food before succumbing, having lost 65 percent of its body mass. Fourteen years later, physiologists at the University of Illinois reported they had fasted their dog Oscar 117 days before ending the experiment: Oscar refused to manifest the increase in excreted nitrogen typical of late-stage morbidity and in fact remained in such good spirits, as his handlers reported, that he had to be restrained as the fast went on from leaping out of and into his cage before and after his daily weighing lest he injure himself.

Humans, of course, could not be involuntarily fasted to the death, but self-experimentation was rampant in the energetics world. After 1890, fasting gained popularity as a health cure and the key to vigor, productivity, Christian virtue, masculinity, and racial superiority. Interest in fasting cures continued into the 1920s even as fasting gave way, in energetics research, to respirometric studies of resting metabolic rate and controlled trials of calorie restriction.

The practical aims of animal energetics were twofold. One was to improve feed conversion in livestock and, more broadly, to formulate generalizations about the relationship between body size and basal metabolic rate. The other was to understand the energy and protein needs of humans under different occupations. To most of the people involved in the debate around these questions, the underlying policy concern was clear: How much meat did you need to maintain an industrial labor force—not to say a modern army and navy?

Around 1900, conventional wisdom held that active men required between 100 and 120 grams of protein a day at a minimum—a grossly high estimate—predominantly from animal sources, and an energy intake in the vicinity of 3,000 kcal. Periodically, reports would emerge of people getting by on considerably less—a community of fructarians in California, say—but these reports were mostly ignored.

The dominant voice in this conversation was that of German physiologist Carl von Voit. Voit’s laboratory at Munich had pioneered a number of the techniques then becoming standard in the physiology labs of the United States and Japan, notably the use of nitrogen equilibrium as a proxy for protein needs. Voit clove to a figure of 118 grams (4 ounces) of protein per day for a man of 70 kilograms (154 pounds) doing light work. This struck Yale physiologist Russell Chittenden as nonsense. In 1902 Chittenden undertook a series of clinical studies to demonstrate that 50 to 55 grams (2 ounces) of protein a day, and a considerably reduced energy intake, would keep young men in vigor and nitrogen balance indefinitely.

Chittenden put groups of Yale athletes and newly inducted U.S. Army soldiers (eight and thirtenn, respectively) on carefully controlled diets and exercise regimens and observed them over a period of months—their food intake, their excreta, and their performance on various measures of fitness. He also kept notes on his own food intake and physical activity. The diets in question were experimental only in the sense that portions and protein content were controlled. In other respects, the food was ordinary and not especially healthy (lunch for the soldiers for one week included hamburgers, macaroni and cheese, clam chowder, bean porridge, and beef stew).

Opinion was divided as to the significance of his findings. One contemporary praised Chittenden’s rigor but thought it was too soon to attribute participants’ physical achievements to diet, since there was no control for the independent effects of the regimented way of life implicated in the experiments. Fifty years later, the nutritional biochemist Henry Sherman would hail Chittenden’s work as a breakthrough in understanding just how elastic the human response to protein is. Others regarded Chittenden’s results as a curiosity. But there were those who saw Chittenden’s work as anathema.

Chief among these was Major D. McCay, a professor of physiology in Calcutta. McCay, on the basis of long observation in India and a series of experiments with the diets of prisoners in Bengal, argued that Chittenden’s conclusions were not just wrong but dangerously so, for they undermined the clear connection between a diet rich in animal protein and the masculine vigor of the more advanced races. “There is little doubt,” he writes, “that the evidence of mankind points indisputably to a desire for protein up to European standards.

“As soon as a race can provide itself with such amounts,” he adds, “it promptly does so; as soon as financial considerations are surmounted, so soon the so-called ‘vegetarian Japanese’ or Hindu raises his protein intake to reach the ordinary standard of mankind in general.”

That is, McCay argues, it is meat’s income elasticity that determines its rate of consumption. As soon as a race achieves the income necessary to support a meat-rich diet—presumably by adopting the industrial labor discipline of Europeans—its meat consumption shoots up and, with it, the masculine vigor that distinguishes meat-eating races everywhere. Writing a hundred years later, the geographer Vaclav Smil puts it another way: As soon as incomes rise, the “cultural constructs of pre-industrial societies” fall away.

With time, the tone of arguments like McCay’s changes. Talk of race becomes more muted, but concern about the implications of a vegetarian diet for national development persists. For Cornell biochemist William Adolph, writing toward the end of World War II, the “protein problem of China” was that for the 85 to 90 percent of the population living in the countryside, the diet was basically vegetarian. More precisely, 95 percent of the protein in the rural diet came from plant sources. Plant-source proteins, Adolph frets, are inferior both in that they are less easily digested and in that the protein they provide is lower in “biological value”; today we would say its Digestible Indispensable Amino Acid Score is lower. He expresses surprise at the success of the Chinese peasants he has observed in devising combinations of plant proteins that exceed those of any of the constituents—“another case of blind experimentation, examples of which are wide-spread throughout Asia.” But his experiences in China do not leave him sanguine about the possibilities of diet modification in the United States in service of the war effort: “Do we know, for example, how far the change from the omnivorous diet to the vegetarian can be carried with impunity? Many of our blessings in health and vigor are, nutritionally speaking, related to animal protein.”

Today we are faced with the opposite question: How far can the change to a carnivorous diet be carried with impunity? In the nutritional niche characteristic of emerging urban markets, growing meat consumption masks, and perhaps makes possible, growing precariousness.

Josh Berson is an independent social scientist. He has held research appointments at the Berggruen Institute and the Max Planck Institute for Human Cognitive and Brain Sciences, among other places. He is the author of “The Meat Question,” from which this article is adapted.

This story originally featured on The MIT Press Reader.