We Are Closer To Curing All Diseases Than We Think

For cancer care, access to treatment may be the biggest obstacle 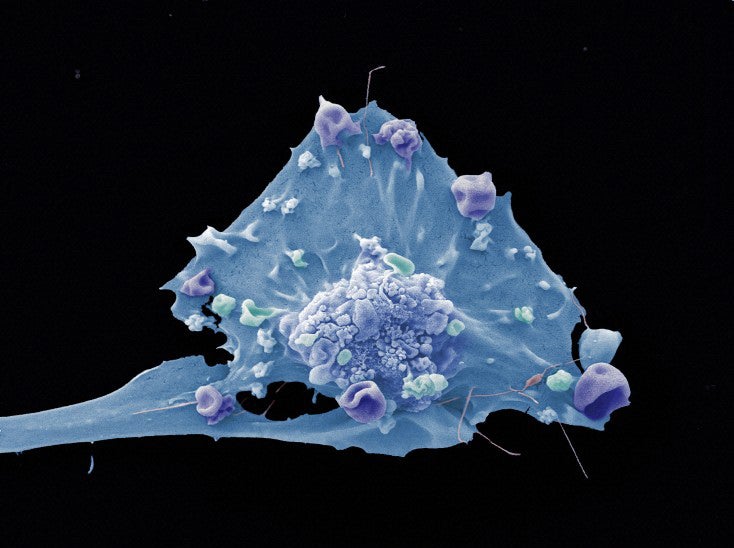 Last week, Facebook CEO Mark Zuckerberg and his wife Priscilla Chan announced an ambitious project—to “invest in basic science research with the goal of curing disease.” The couple started by donating $3 billion over 10 years in this initiative, which target four major groups of illnesses: cancer, infectious diseases, as well as heart and neurological diseases.

The desire to ‘cure all disease’ is laudable, and $3 billion is a nice, albeit small amount of money in the grand scheme of medical research funding. However, a really important question we should all be asking is can we really find cures for all diseases? Well, according to scientists, it depends on which ones you’re talking about. But in general, while we might not be there yet, we may be closer in our understanding of the causes of disease than we think.

In the case of infectious disease, the objective to “cure, prevent, and manage” is trickier than it looks. Eric Rubin, an immunology and infectious diseases researcher at Harvard’s T.H. Chan School of Public Health, says that pathogens—which are any infectious disease-causing bugs like bacteria, viruses, or other microorganisms—evolve at different rates. The ones that evolve at a slow rate, like the bacterium that causes leprosy or the one that causes Guinea worm disease can be cured. But addressing rapidly evolving pathogens like the flu is far more challenging.

“The influenza virus that infects us every year is different from the influenza virus from last year,” says Rubin, who is “optimistic” about the $3 billion project. “In fact, it’s different from multiple different [flu] viruses circulating at any given time.” Some of those changes are small Rubin says, and in those cases, the immunity we have still protects us. But if the changes are large, then our pre-existing immunity isn’t very good.

That’s not to say rapidly evolving pathogens cannot be moderated, says Rubin. He says that as a pathogen evolves to resist something, it becomes less fit to grow and cause illness.

According to Francis S. Collins, the Director of the National Institutes of Health, while it’s hard to imagine a world where there are no infectious diseases, we can certainly create one where they can be controlled.

“We will not banish infectious disease from Earth but we will have strategies to quickly combat them if they do emerge,” says Collins. “I do think what we can do is to develop an increasingly nimble system to identify the emergence of new infectious disease problems and quickly put in place the kind of prevention and treatment strategies that will be needed. We are already accelerating that pace.”

When it comes to cancer, things are a bit different. With over 100 different types of cancer—each of which impacts individuals differently based on an array of factors including age, sex, racial/ethnic group, and geographic location—the progress being made is significant.

“Even though it’s 200 plus diseases, with the trajectory we are on now, in the next couple of decades, we are going to have a tremendous amount of progress being made in managing [cancer] and for an increasing large number of patients, curing [it],” says Ronald DePinho, president of The University of Texas MD Anderson Cancer Center.

DePinho says he is optimistic in progress being made in preventing, detecting, and treating cancer, but the largest obstacle is the disparity in access in areas of the world where there is a “disparity gap” in access and quality care.

“Cancer will always be with us because advancing age is the most important instigator for the development of cancer. It’ll be with us,” says DePinho. “The biggest issue we’re going to face in cancer is not so much the blueprint to prevent, detect or manage disease, but the access.”

Ultimately the notion of curing disease varies from condition to condition, but Collins says it is a feasible one.

“It’s a bold audacious goal, but I like audacious goals, and I think developing cures for all diseases is certainly something that we could imagine happening in the course of this century,” says Collins. “Whether we would successfully apply those to every person who is afflicted is another question but research ought to be able to tackle everything we see in front of us with all the vigor that we got.”