A recent study highlighted mint as a popular pod. 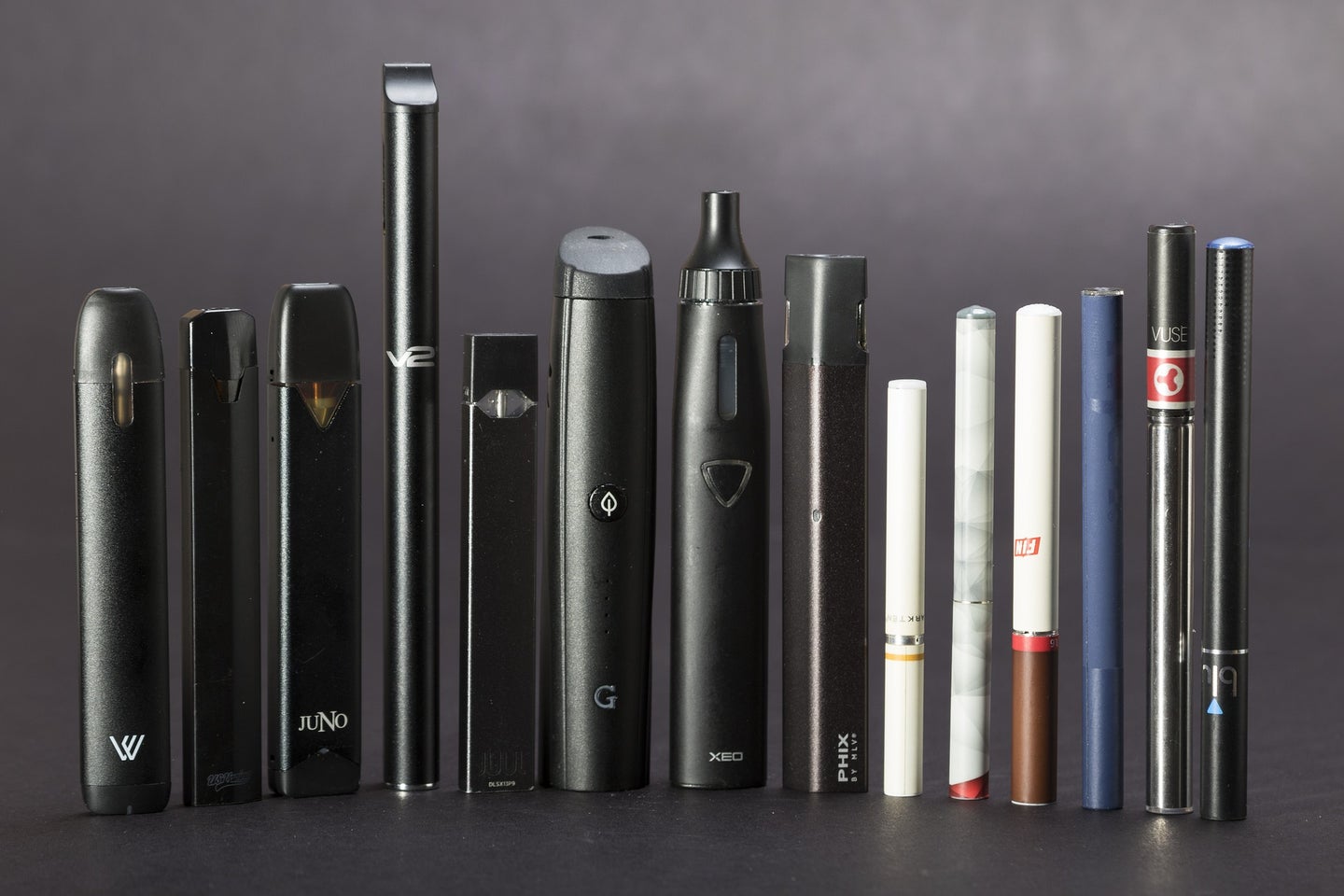 Juul is pulling its mint flavor, but the potential ban would affect all e-cigarette manufacturers. Pixabay
SHARE

Juul has just pulled its mint-flavored e-cigarette products from the market, following the earlier withdrawal of all other flavors save for menthol and tobacco. While mint is Juul’s most popular flavor pod, the decision is not surprising: The Federal government is expected to announce a ban on all flavored e-cigarettes (barring menthol and tobacco) in the near future.

In a statement on Thursday, Juul cited two studies released this week in the Journal of the American Medical Association showing just how popular e-cigs have gotten among kids and adolescents. One of the studies estimates 2.4 million teenagers now use flavored e-cigarettes, including nearly 30 percent of all high-schoolers. Juul is by far the most popular brand, and as the other study shows, mint is the flavor of choice among its high-school customers (and a close second for 8th-graders).

It’s been an extremely rapid rise and fall for Juul. Just in the last two years the company has gotten some 3 million teens hooked on their products, and e-cig use generally has gone up 78 percent. The devices were originally seen as a way to quit smoking—they still have nicotine, but they lack many of the toxic substances real cigarettes contain. There’s certainly evidence that vapes can help smokers quit, but there’s much stronger evidence that their popularity has created a whole new generation of nicotine addicts.

What’s more, calling vape pens like Juul “safe” is something of a stretch. They may be healthier than cigarettes, but keep in mind that cigarettes increase your risk of lung cancer by 15 to 30 times. Inhaling almost anything is safer than smoking cigarettes. Juul took advantage of this by marketing their products as being “safer than cigarettes,” but got a warning letter from the FDA for making claims they hadn’t proven with scientific studies. It may take decades for us to know the longterm effects of vaping versus smoking, but it’s clear that e-cigarettes aren’t good for you. The CDC and FDA are still investigating five deaths linked to vaping, along with 450 cases of respiratory illness linked to e-cigarettes. Many of the cases seem to be related to THC products, an unregulated variety that Juul doesn’t sell, but federal agencies have yet to rule out any e-cigarette product as a potential contributor to the epidemic.

There’s simply not enough evidence yet to know whether e-cigs are all that safe or all that effective in helping smokers quit, not to mention whether they’re any better than existing methods of quitting that don’t get millions of kids addicted to nicotine in the process. Vape pens only came on the market in 2006, and though a decade might seem like a long time, that’s not nearly long enough for a clinical study to examine the actual outcomes of habitual use, especially during crucial developmental years.

What we do know is that, whether or not e-cigs help smokers quit or are a healthier alternative, they’re still not good for you. A ban could certainly help teens quit, but another study released this week suggests it might not be enough. Canada’s ban, which only applied to certain provinces and only prevented minors from purchasing the products, managed to partially curb the growing popularity of e-cigs—but more teens are using them than ever. The authors note this was likely because it was still quite easy to get ahold of the pens, and suggest that a complete ban on flavors that appeal to young people—which we now know includes the oft-ignored mint—would be a much better alternative.