With three dead and hundreds sick, the CDC just issued a warning against all vaping

Vitamin E acetate is one potential culprit, but it’s too soon to say for certain. 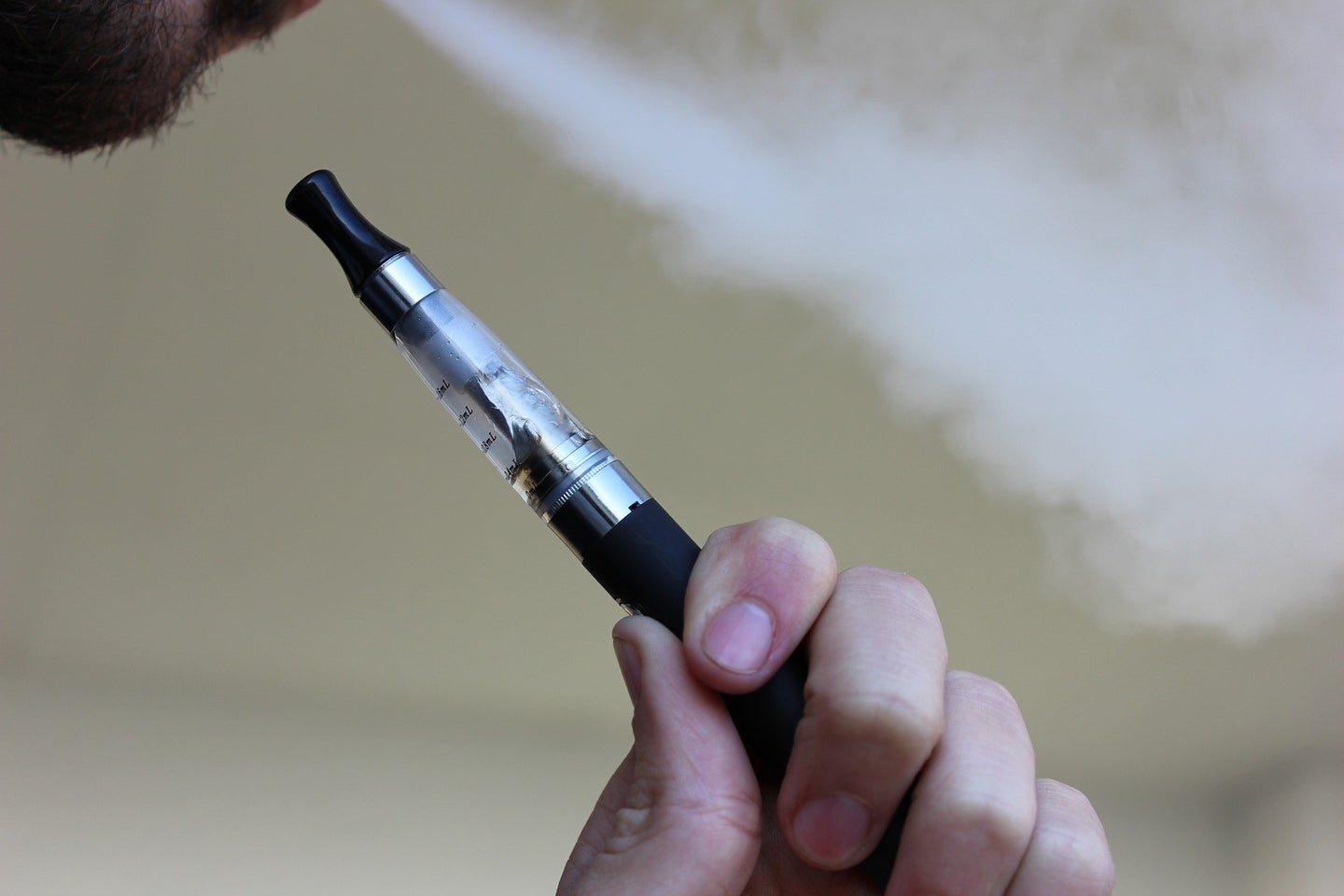 E-cigarettes are often billed as being great tools for smoking cessation, but they’ve quickly risen to become the most commonly-used tobacco product among U.S. teens—including many youths who never smoked traditional cigarettes to begin with. That’s a troubling trend given how little we know about their health effects, and now we’re facing the consequences: A mysterious lung disease is suddenly striking teens, and appears linked to vaping. There were 39 deaths and 2,000 probable cases tied to the condition as of this week, leading the Centers for Disease Control and Prevention (CDC) to recommend that people stop vaping entirely until the source is confirmed.

Now the CDC has hard evidence that Vitamin E acetate is a common thread in the illnesses. Officials took 29 samples from patients suffering from the lung disease across 10 states and found hints of the oil in all of them. While this still doesn’t prove the Vitamin E is the culprit, it helps medical experts narrow the field in a nationwide health scare.

In early September, health officials in New York State—who had been investigating 34 cases reported by doctors in the area—identified a potential lead. The incidents in the state involved individuals using a vaping product containing cannabis. When tested, each of those products also had high amounts of Vitamin E acetate, according to an official statement from the New York Department of Health. This form of the vitamin is often used in beauty care products because it has a long shelf-life. While studies have found that Vitamin E acetate is generally safe for external use and oral ingestion, there’s far less evidence to suggest its safe to inhale.

Vitamin E isn’t listed as an approved ingredient for medical marijuana vape products in New York, nor are any of its derivatives. But many of the 34 reported incidents in New York State involved counterfeit products, according to officials. Recreational cannabis is not legal in the state, so any cannabis vape oils bought outside of a medical dispensary are totally unregulated.

Across the country, cases of severe pulmonary illnesses linked to vaping are on the rise. The Oregon state health authority reported its first death (second in the country) from severe respiratory distress following the use of a vaping product. Indiana confirmed a third death soon after, and the CDC says another fatality is currently under investigation. There are now hundreds of possible cases in dozens of states that may be tied to vaping.

Doctors and health officials have yet to pin down the exact mechanism behind this mysterious respiratory distress. Some believe there could be numerous additives causing an inflammatory response in the lungs. The Food and Drug Administration told NPR that it was in the process of testing more than 100 product samples for a broad range of chemicals, and that “no one substance, including Vitamin E acetate, has been identified in all of [them].”

While Vitamin E may indeed be a dangerous additive, it’s far too soon to assume that only unregulated products containing this substance are behind the outbreak. Depending on which substances are contributing to the condition, it’s possible that some legal products are putting users at risk as well.

Anyone who vapes and starts to experience symptoms, which include shortness of breath, severe coughing, chest pain and even fever, nausea, or vomiting, should seek immediate medical care—especially if they’ve experienced chest pain while vaping in recent weeks. And as far as the CDC is concerned, no vaping is worth the risk until we know more.

“While this investigation is ongoing, people should not use e-cigarette products,” Dana Meaney-Delman of the CDC said in a September press briefing.