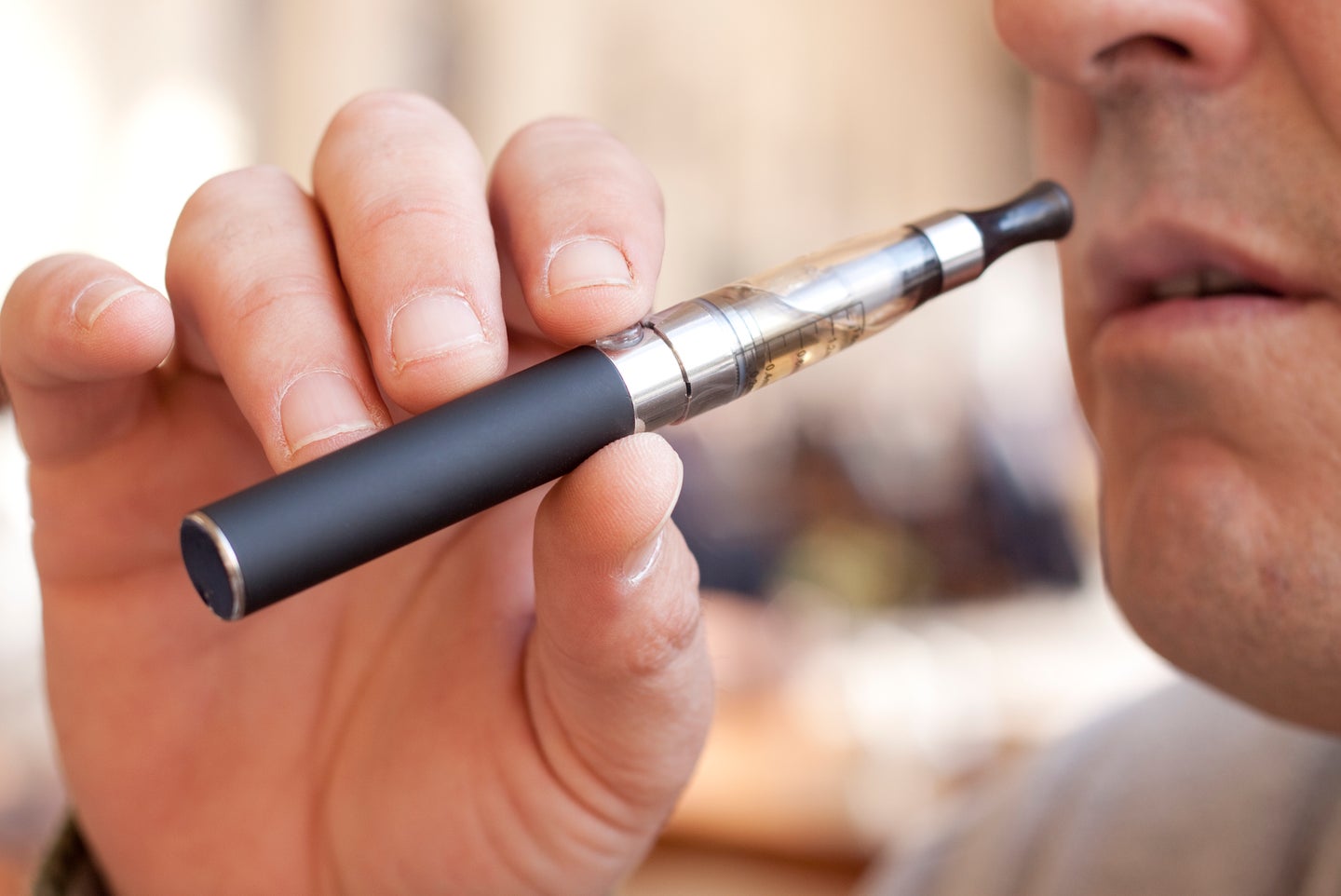 Most research on e-cigarettes have focused on lung health, but new results show there are also risks to the cardiovascular system.
SHARE

Over the past few months, we’ve heard a lot about the health impacts of e-cigarettes, but much of the research has focused on the outbreak of acute lung illnesses. The Food and Drug Administration and the Centers for Disease Control continue to actively investigate those conditions, and recent evidence suggests they’re linked to vitamin E acetate found in counterfeit, cannabis-containing vaping products.

However, as that work continues, researchers around the country are also working to understand the subtler impacts non-counterfeit, nicotine e-cigarettes can have on health—and how their effects may or may not be different than those seen with traditional cigarettes.

Although e-cigarettes were billed as healthier alternatives to traditional cigarettes, emerging research shows that they aren’t harmless. In the latest, two new studies to be presented at the American Heart Association (AHA) Scientific Sessions this week found that they hurt overall heart health and cardiac function.

“E-cigarette manufacturers seem to promise everyone that this is the healthy alternative. Many patients use them to get off of tobacco,” says Florian Rader, author of one of the studies and co-director of the Clinic for Hypertrophic Cardiomyopathy and Aortopathies in the Smidt Heart Institute at Cedars-Sinai Medical Center in Los Angeles. “Our research shows that there are potentially problems with them in the long-term.”

Naomi Hamburg, section chief in vascular biology at the Boston University School of Medicine and author of the second study, agrees. “There are studies suggesting that they are not benign, in terms of cardiovascular health effects.”

Rader measured blood flow in the hearts of 30 healthy adults both at rest and after they did a hand-grip exercise. 10 of the adults were non-smokers, 10 were cigarette smokers, and 10 were e-cigarette smokers. “[The hand-grip] raises blood pressure and heart rate, and it’s a mild to moderate amount of exercise,” he says.

In the group that didn’t smoke, blood flow increased with exercise—a sign of normal function, since the heart delivered more oxygenated blood to muscles throughout the body as the subjects worked harder. In the group that smoked traditional cigarettes, that increase in blood flow was blunted. “In the e-cigarette group, the increase was was essentially non-existent,” Rader says. “The heart did not increase blood flow in response to the increased demands on the heart.” Impaired blood flow can lead to plaque formation in blood vessels, which can trigger blood clots and strokes.

The study was only in a small group of people, Rader notes, and it did not determine why e-cigarettes had this effect. “We’re thinking it affects the ability of blood vessels to dilate and expand,” he says. The work served as a proof of concept, and justifies continued efforts to examine the effects of e-cigarettes on blood flow, he says.

Blood flow, though, is only one measure of cardiac health. A second study presented at the meeting examined levels of certain fats, also called lipids, in the blood of e-cigarette users. Lipids, which include cholesterol, are important measures of cardiovascular health. Previous research has shown traditional cigarettes affect cholesterol levels, but the same had not been examined for e-cigarettes.

The study did not test if e-cigarettes are worse on this measure for users than traditional cigarettes, Hamburg says. “We’re focused on comparing people who don’t use cigarettes to people who do,” she says. “We know from other studies that if you take people who have been smoking and they stop smoking, over a few years, a lot of their health risks related to heart disease normalize. So anything we’re thinking about that could be a substitute for traditional cigarettes, we want to see how close it is to not using them.”

To further complicate things, the cholesterol study was conducted between around 2013 and 2018, and since then, the demographics of e-cigarette users has shifted, Hamburg says. “People in this study using e-cigs were predominantly using them in conjunction with traditional cigarettes, or were former cigarette users.” It’s not clear if they would impact young people who only use e-cigarettes, without first smoking traditional cigarettes, in the same way. Studies to figure that out are ongoing, she says. “We also want to know what happens with people who are smoking and transitioning to electronic cigarettes.”

As with the work on blood flow, it’s still not clear how e-cigarettes impact cholesterol levels, though toxicants in the vapor that they produce might play a role. In addition, on all fronts, researchers say that future studies need to determine how long cardiovascular changes may persist, and what they look like in the long term.

“Our findings are still preliminary,” Rader says. “But they’re at least a bit of a cautionary note.”