What would it actually take to have a COVID-19 vaccine by November?

The CDC has told states to prepare to potentially distribute a COVID-19 vaccine this fall. 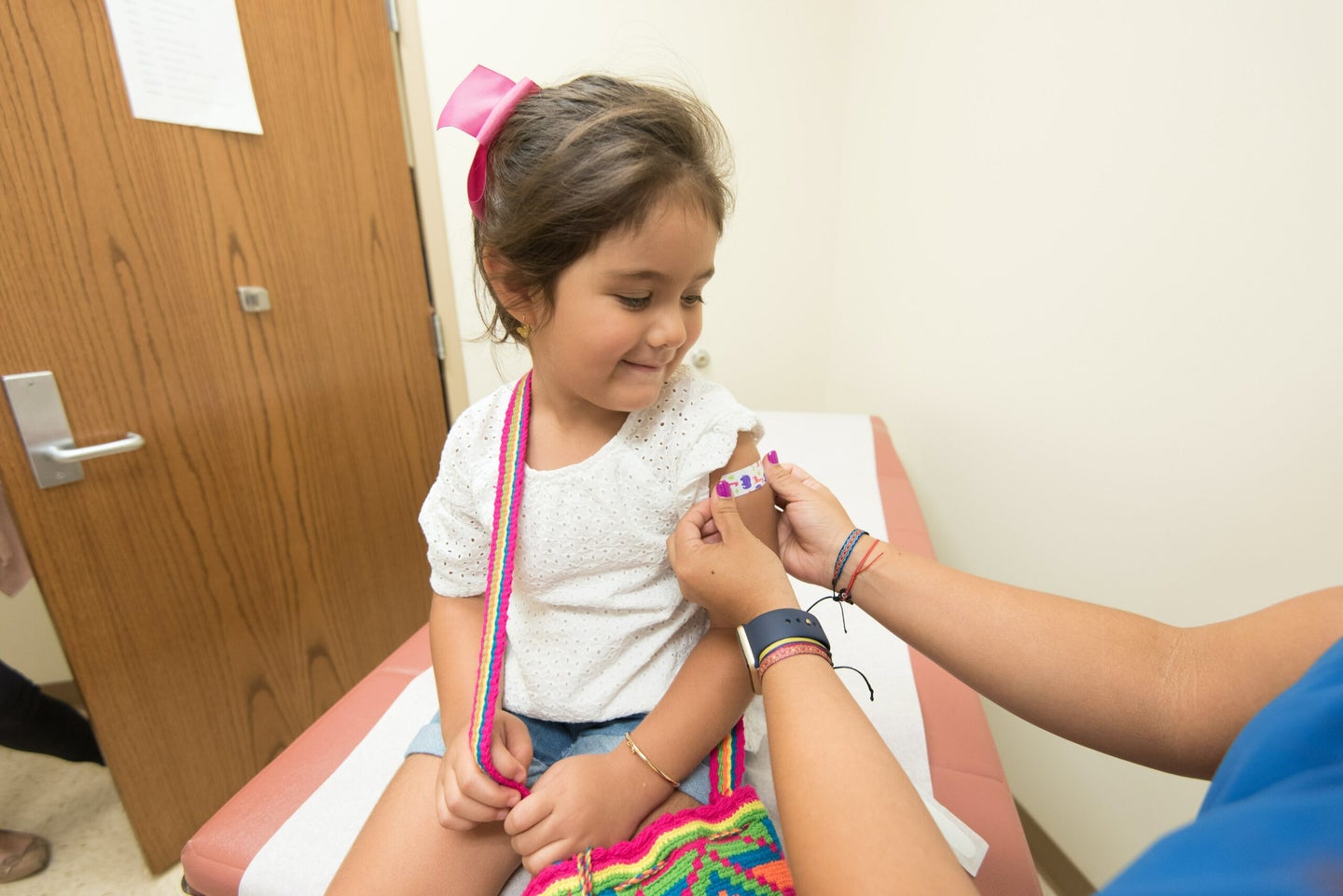 Since the beginning of the pandemic, vaccine developers have raced to bring a COVID-19 vaccine to market at unprecedented speeds. More than 150 vaccine candidates are under development, with 37 already being tested in people. Pexels
SHARE

The Centers for Disease Control and Prevention has notified public health officials in every state and five major cities to prepare to begin distributing a COVID-19 vaccine as soon as late October or early November, The New York Times reported on September 2. The planning documents include detailed guidance for how to roll out two unidentified vaccine candidates to healthcare workers and other groups at particularly high risk from COVID-19.

Since the beginning of the pandemic, vaccine developers have raced to bring a COVID-19 vaccine to market at unprecedented speeds. More than 150 vaccine candidates are under development, with 37 already being tested in people. This process includes three phases of clinical trials that determine whether a vaccine is safe and effective. To begin distributing a COVID-19 vaccine on such a short timeline could mean cutting short the final phase of these trials, which involves monitoring tens of thousands of volunteers who have received the vaccine candidate.

The CDC regularly works with states to come up with plans for how to carry out immunization programs, says Bruce Gellin the president of global immunization at the Sabin Vaccine Institute in Washington, D.C. “If you spend billions of dollars to develop a vaccine so you can vaccinate people, you’d better have a plan for how you’re going to [distribute] it,” he says. “You don’t want to start coming up with a plan when the vaccine is sitting in a warehouse.”

We cannot depend on herd immunity to stop the spread of COVID-19; a vaccine will be necessary to end the pandemic, says Stacey Schultz-Cherry, an infectious disease researcher at St. Jude Children’s Research Hospital in Memphis.

“The CDC asking states and cities to be prepared to distribute a vaccine is not a bad idea, because you’d rather have them doing it now and being prepared than scrambling at the last minute,” she says. “It’s been very exciting to see how quickly the vaccines have developed—but we absolutely cannot release a vaccine unless we’re sure it’s safe.”

Some experts are concerned that distributing a vaccine as early as the end of October would be overly ambitious. “It’s hard not to see this as a push for a pre-election vaccine,” Saskia Popescu, an infection prevention epidemiologist in Arizona, told the Times.

Anthony Fauci, the nation’s leading infectious disease expert and director of the National Institute of Allergy and Infectious Diseases, has recently said that phase 3 clinical trials for a COVID-19 vaccine could be stopped early if a Data and Safety Monitoring Board—an independent committee of physicians and other experts—determines that there is enough evidence that the candidate is both safe and effective.

Still, there are consequences to terminating trials early, says Schultz-Cherry. “The worst thing that could happen would be to release a vaccine that’s not safe…imagine for all of our vaccine programs the impact that would have on public health and consumer confidence.”

One concern is that ending trials too soon would prevent researchers from recruiting a diverse enough pool of volunteers—particularly from groups that have been hit hardest by COVID-19, such as the elderly, people of color, and people with underlying conditions—and investigating the vaccine’s effects over a long period of time. “You want to make sure that this vaccine is safe and is going to be effective in all populations,” says Schultz-Cherry.

Extremely rare side effects can go unnoticed if the vaccine is not tested over a long enough time period in a large enough group of people. To justify ending these trials early, Schultz-Cherry says, “It has to be overwhelmingly positive data.”

The CDC did not specify which vaccine candidates the states should begin preparations for. However, the descriptions in the planning documents match up well with two vaccines currently undergoing phase 3 clinical trials that each include 30,000 volunteers, according to the Times report. One vaccine, developed by the Massachusetts-based biotech company Moderna, is being tested at about 89 sites across the United States. The other, from the New York-based pharmaceutical company Pfizer, is being investigated in volunteers in the United States, Argentina, Brazil, and Germany.

Both vaccines are made of genetic material from the novel coronavirus, SARS-CoV-2. The vaccine works by delivering messenger RNA (mRNA) that the recipient’s own cellular machinery uses as instructions to build copies of the spike-shaped protein on the surface of the virus. This spike protein, which doesn’t cause disease on its own, appears to be the part of the pathogen that the immune system responds most strongly to. “It’s basically giving your body the ability to make that [SARS-CoV-2] protein and then generate natural antibodies to it,” Schultz-Cherry says.

No gene-based vaccines to prevent or treat any disease have been approved by the Food and Drug Administration as of now. However, they are expected to be quick and cheap to design and manufacture once researchers identify the genetic sequence they need to include in the vaccine. Plus they can be easily tweaked if the virus mutates.

One drawback, however, is that RNA vaccines must be stored at extremely cold temperatures to prevent the genetic material from breaking down—minus 70 and minus 20 degrees Celsius for the Pfizer and Moderna vaccines, respectively.

“If these are the vaccines that are going to be deployed, one of the really important reasons why logistically the states need to be prepared is because you can’t just take it to a workplace or a doctor’s office…if they don’t have the proper storage conditions,” Schultz-Cherry says. “It would be like…if I say I’m going to buy you some ice cream and I’ll bring it to you, you have to be prepared to either eat it right then or store it somewhere because it’s not going to last.”

This means that states must prepare facilities with freezers that can store these vaccines and decide where people will need to go to receive them. Additionally, they must figure out who will receive the vaccine first, ensure that they have enough syringes and other supplies, and set up databases to track who is receiving the vaccine. Both candidates are given in two doses several weeks apart, so it’s also important to communicate to people that they need to receive both for the vaccine to be effective.

“Whether it’s under an emergency use authorization or a full license, when vaccines are starting to be given to people outside of clinical trials, it’s critical that we understand how they are performing,” Gellin says. This means that, in addition to everything else, it will also be important to set up a system to continue monitoring the vaccines after they become available.

“There’s a lot to do if the results continue to look very promising and it’s safe,” Schultz-Cherry says. “It’s not insurmountable by any means, but it needs to be coordinated.”

This article has been updated.