But how big a deal is it really? 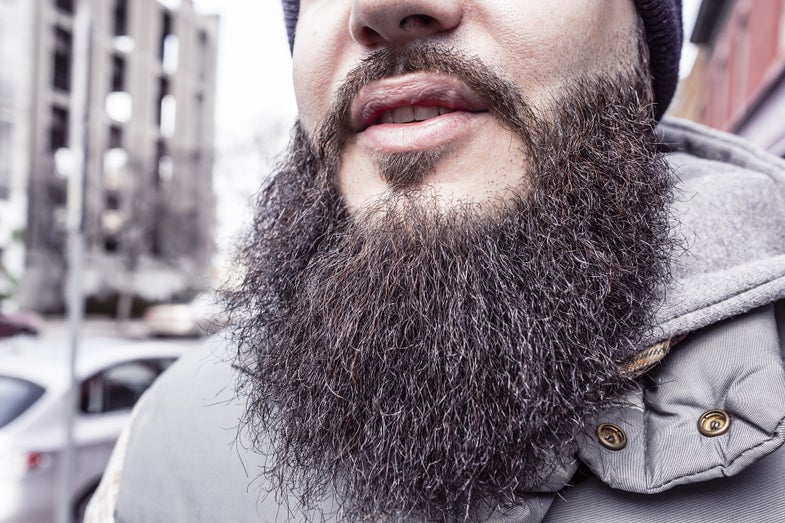 Look, do what you want with your pubic hair. Shave it off, give it a coconut oil hair mask, braid it, bedazzle it, whatever. Do what makes you feel good. But for heaven’s sake, be safe when you’re doing it.

Apparently, plenty of pube shavers out there have some pretty unsafe habits. Shaving while lying down, for instance, isn’t advisable. Neither is shaving while looking at something other than the task at hand. And yet 11.6 and 17.5 percent of people do these things, respectively. So says a recent study in the Journal of the American Medical Association: Dermatology, in which public health researchers surveyed 7,570 Americans about their pubic hair habits.

Overall, about a quarter of people who groom their pubic hair end up injuring themselves. Honestly, that’s pretty impressive. Genitalia are not generally known for their smooth, flat surfaces. They’re more on the wrinkly, bumpy, squishy end of the spectrum. The fact that folks can use blades to remove hair down there is a testament both to human dexterity and to our razor-engineering prowess. But none of us is perfect, and sometimes your hand just slips a little. In fact, it’s pretty likely that more than a quarter of shavers have experienced injury—it’s not exactly the kind of survey question that researchers expect to get 100 percent honest answers on.

But while the truth about rate of injury may be unclear, the study does reveal some of the common mishaps. Unsurprisingly, men injured their scrotums most often. How could they not? It’s like trying to shave an old, wrinkled piece of tissue paper wrapped around a couple of eggs. Penises and pubises (that’s the area above and around the penis) got injured at approximately equal rates—though probably not with equal pain.

Ladies nicked their pubises (pubii?) most often, followed by their inner thighs and “vaginas,” and finally their perineum (perinea?). It’s worth noting that the study used the word vagina, even though clinically speaking the vagina is the inner part of the female anatomy. If you have a vagina, your external genitalia is called a vulva. And if you’re actually cutting your vagina while shaving, you’re going a little too far.

Over 60 percent of all those injuries were simple cuts. Next most common was a burn (the razor type, not the fire one), and then a rash. A small (but frightening) percentage actually required medical attention. About 3 percent of people needed antibiotics, and 2.5 percent needed surgical intervention. That means 2.5 percent of people needed an abscess drained, or sutures to close a wound. Just picture that on a scrotum. Yikes.

All this being said, cuts aren’t a huge deal. The human body is pretty great at healing things like that, though there is a small increased risk of catching HPV or molluscum contagiosum, which sounds like a made-up STD but is in fact a virus that causes little itchy bumps. That’s because open access to your blood makes it easier for viruses to get in. On the upside, if you take all your pubic hair off you’re not going to get pubic lice. Rates of lice have dropped dramatically in the 21st century, most likely because of the rise in popularity of the Brazilian wax and in removing hair in general. Both men and women are choosing to entirely rid themselves of body hair at increasing rates, so there are fewer places on Earth for those pesky lice to hide.

If you do end up with cuts—and let’s be honest, we pretty much all do—just make sure to treat them properly. Wash gently with soap and water (razors don’t tend to be super clean), then put a little ointment on to soothe the sore. Try not to irritate it too much and you should be fine in a day or so. Ingrown hairs are a pain once they develop, but you can largely prevent them by using salicylic acid or isopropanol (or both) to sanitize the area.

Most importantly, only shave hair off your body for you. No one else is worth the pain.