Future surgeons might patch you up with synthetic slug secretions

The adhesive is sticky even when wet with blood. 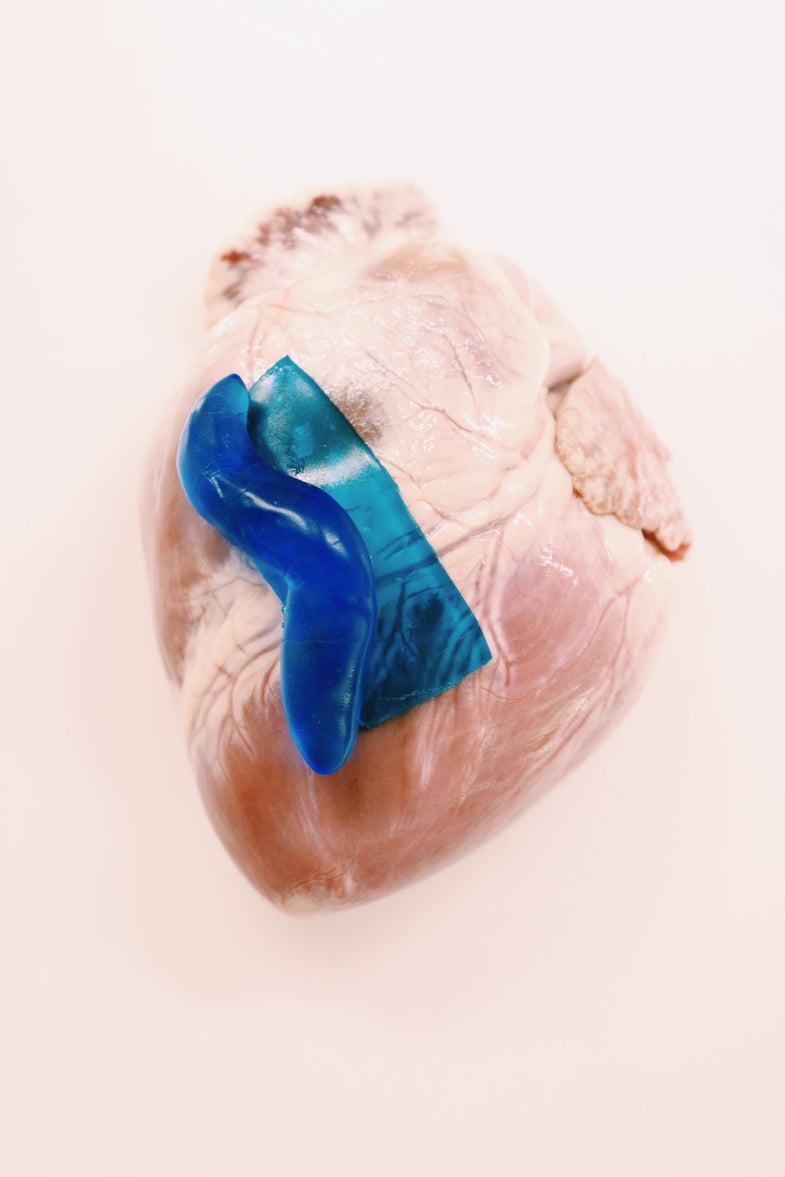 Listen, Humpty Dumpty, I hate to break it to you, but while there are certain medical situations where a bandage is good enough to stick you back together again, this is not one of them. Sometimes, even the best intentions (and combined efforts of the reigning monarch’s horses and men) aren’t enough. Please, go consult with the slug mucus experts immediately.

That’s right: slug mucus. When the Dusky Arion slug is threatened, it secretes a mucus that makes it next to impossible for anything to peel the gastropod from its perch. That’s bad news for hungry predators, but for biomedical researchers it presented an irresistible opportunity.

In a study published Thursday in Science, researchers showed how a new tough adhesive inspired by slug slime could work even in the most slippery, blood-soaked situations.

The slug mucus works because it has positively charged particles that help bind it to whatever surface the slug happens to be crawling on. So researchers created a gel made primarily of water—a hydrogel—with similar properties. The resulting adhesive sticks to a surface in three ways. First, through the positively charged particles that stick to a surface like a sock sticks to your shirt fresh out of the dryer. It also forms weak bonds with the atoms on the desired surface, and slimes its way into every nook and cranny, becoming physically entwined with the stuff it’s stuck to.

Combined with a super stretchy matrix, the result is a flexible, strong adhesive that sticks even to wet surfaces—like a heart undergoing surgery. The authors tested the gel on a pig’s heart and on rats. Not only did the adhesive hold as well or better than anything already on the market, but it also turned out to be non-toxic, an advantage that some alternatives couldn’t match.

“It’s a long standing challenge in the materials and biomedical fields,” says Jianyu Li, a co-author of the paper. “How we can form a strong and effective adhesion on biological surfaces? Especially considering that in the human body you have blood and other bodily fluids, and forming adhesions on those surfaces turns out to be very challenging.”

They’re not the first researchers to turn to animals for sticky inspiration. Mussels have helped make similar glues, including some that work underwater. Another team combined the abilities of geckos and mussels to make a better bandage. There’s even a bone-setting glue inspired by an underwater worm in the works.

In its current stretchy form, Li says that the adhesive is well suited for working on dynamic organs like the heart and lungs, which are constantly in motion throughout the day. Because the adhesive can stretch without losing strength, it could be used to patch holes in the organs, keeping blood or air safely in its place. Or it could be used to attach a device like a pacemaker while still accommodating the movement of the heart.

This has only been demonstrated on animals so far, and it’s not likely to be used in humans for quite some time. But Li and colleagues are already working on developing other uses for the incredibly sticky adhesion. With more research, Li believes the adhesive could be used as a drug delivery method, releasing drugs at a controlled rate in a particular place within the body.

It’s a sticky situation, but an exciting one. And we have only the slugs to thank.