This troubling tennis trend is keeping players out of the U.S. Open 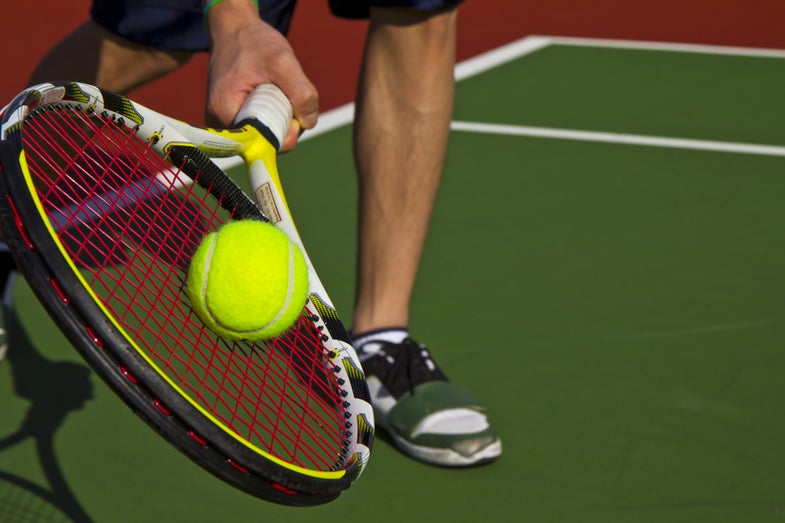 The best tennis players in the world are roaming the courts of the Billie Jean King National Tennis Center for the U.S. Open this week. But the men’s entry list has some gaping holes, with five of the top 11 ranked players withdrawing from the tournament due to injury.

The sport is nearing the ninth month of a grueling season, so injuries among the athletes—many of whom are nearing 30—may not seem that surprising. But the conspicuous absences of players like Andy Murray, Novak Djokvic, and Kei Nishikori are impossible to ignore, and draw attention to the frequency of certain types of chronic, overuse injuries in tennis—which researchers say are exacerbated by the demands and style of the modern tennis game.

In the 1980s and 1990s, rackets changed from heavy wood to light graphite, and tennis became a game of strength and power. Rather than hit the ball with a flat stroke, driving it only forward, players started hitting angled shots to create topspin, which makes a stroke harder to return. Data shows that wrist injuries became more common once the game shifted, according to a review in the journal Sports Medicine. “The modern game uses a topspin heavy, aggressive stroke,” says Neeru Jayanthi, director of the Tennis Medicine Program at Emory. “We see a lot of ulnar wrist injuries as a result.”

With lighter rackets, players have to accelerate their arms more to generate the same amount of power. More acceleration, says Jayanthi, increases the transmission of shocks and vibration from the racket to different parts of the wrists. Meanwhile, he says, adding topspin to the ball can lead players to drop their wrists, rather than hold them stiff, which puts more strain on the joint.

Modern tennis also uses an open stance: rather than face the side of the court to hit a forehand shot, players stay facing forward. That allows for the faster shots that the game now demands, says Rafael Bahamonde, professor of kinesiology at Indiana University. The older, closed stance meant that players hit forehand shots from the shoulder. But the open stance pulls in the elbow and wrist, as well. “The shoulder is a bigger joint, and can withstand bigger forces,” he says. “When you start using your wrist to flip the racket, you’re using a joint that isn’t as strong.” Shoulder injuries used to be more prevalent in tennis players, Bahamonde says, but the changing shots led to more wrist and elbow problems.

To compound the problem, the schedule of the elite tennis circuit—with tournaments from January through November—leaves little time for rest and recovery. The sheer volume of shots simply adds up. “If you’re playing a ton, and you have heavy accelerations over and over, at some point even with pristine tennis strokes you could see some injury,” Jayanthi says. The packed tournament schedule is a common point of criticism and debate, and players like Rafael Nadal and Andy Roddick have chimed in on the issue in the past.

The absence of so many elite players hurts the game, Jayanthi says, especially in a major tournament like the U.S. Open. But he doesn’t expect the rate of injury to slow down unless big changes are made. “The wrist thing has grown, and I’m not sure it’s necessarily going away soon with the way tennis is structured.”