The United States is lagging behind. 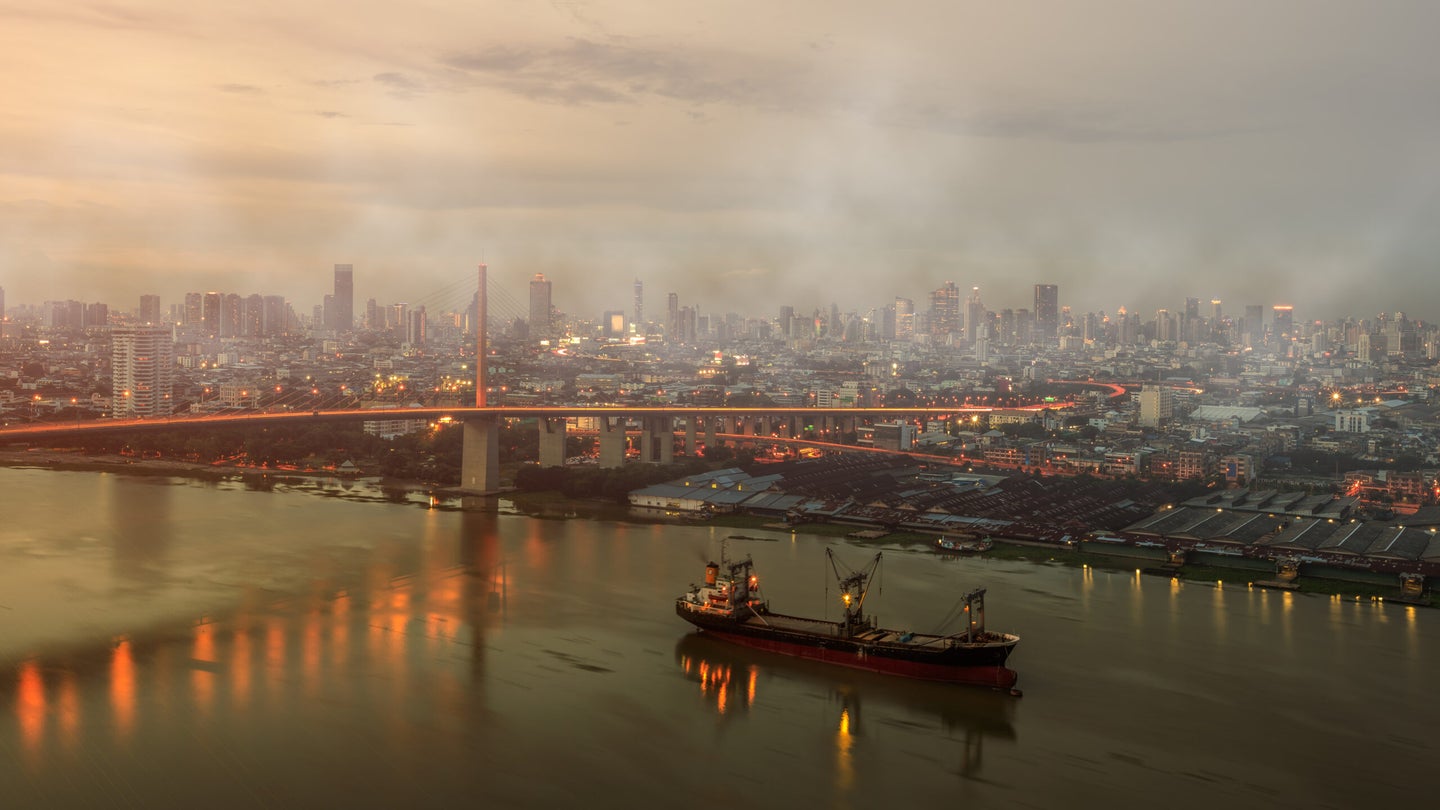 The House Subcommittee on Environment and Climate Change held its first meeting of the year yesterday, which featured a lot of talk about United States-China relations and the matter of emissions reduction.

“Republicans keep circling back to China, saying if China won’t commit to major reductions, the U.S. shouldn’t either,” National Geographic environment reporter Sarah Gibbens wrote in a tweet during the meeting.

In 2015, China surpassed the U.S. as the main cause of man-made global warming since 1990. That means China is currently the biggest contributor of greenhouse gas emissions.

But that’s just a small part of the picture, says Noah Diffenbaugh, Stanford University climatologist. “The United States is the largest emitter historically in terms of the one degree [Celsius] of global warming that we’ve already had,” he says.

China’s contribution has increased as its economy has grown, he says. But “in terms of total emissions now, the United States is still a very large fraction.” Beyond that, it’s not like the past damage done by the United States has gone anywhere: the global climate is still about one degree warmer than it was before the Industrial Revolution.

Furthermore, no one country can reduce emissions enough to stop climate change. “This is why climate policy presents some clear challenges,” Diffenbaugh says. “No one country can stabilize the global temperature just by stabilizing its emissions.”

That makes the question of whether China needs to make a move before the U.S. does “ill-posed,” he says. Research backs the idea that all countries need to work together to reduce emissions, regardless of who goes first—or who contributed what to the problem and when.

Why all the talk about China?

Rather than being an issue of science policy, says Erwan Monier, a UC Davis climatologist, “I think the issue is more philosophical.” The idea that the U.S. should wait because other countries like China need to make more reductions than we do is “rhetoric that works perfectly for the status quo,” he says.

But the status quo is costly now, and it’s going to become more costly in the future. “The climate system is going to respond to emissions,” Monier says. Those responses are already having impacts around the United States and around the globe.

By waiting to act, the United States “puts the burden on others” to reduce emissions well beyond their commitments in the Paris Agreement “or it puts the burden on itself later on.” That latter scenario is much more likely, he says.

“What you see in the U.S., anecdotally, is people denying a problem,” says Chris Barrington-Leigh, an economist at McGill University in Canada. “You see people not thinking rationally because they are afraid.”

That mentality helps explain yesterday’s subcommittee meeting, where the Paris Agreement and its targets were referred to a number of times. President Trump announced withdrawal from the Paris Accord as far back as 2017, and the United States presence at crucial climate talks related to the Paris Accord in December was minimal.

As for China, “the idea they’re not doing anything is not true,” says Monier. China is actually well-positioned to work on this issue because citizens care deeply about a closely related issue: air pollution. A widely cited 2015 report included the estimate that air pollution is a major factor in 1.6 million deaths in China each year. Air-pollution related smog causes or worsens respiratory conditions, blocks out the sun, and spreads soot and dust everywhere. “There’s a lot of policies that can address both,” says Mornier.

Then there’s the fact that China still has much lower emissions per person than the United States. Looking at that measurement—as well as China’s current stage of economic development, in terms of GDP per person—the country is actually punching above its weight on emissions reduction, says Diffenbaugh.

The biggest issue China faces to hit its Paris targets is compliance with legislation already put in place by the Chinese government, says Fang Zhang, a Tufts University doctoral candidate in law and diplomacy who works on climate finance and technology in the United States and China. Zhang recently authored a paper published in Nature Communications that forecasted China as well on track to meet its Paris commitments, largely because of its pollution-reduction initiatives.

Because of these initiatives, China has things like a national carbon pricing strategy and both national and city-level laws to shift energy production away from things like coal. These should enable the country to meet commitments to peak its carbon emissions in or before 2030, and to shift its energy use to at least 20-percent non-fossil fuels.

But it’s not a sure thing. The big issue that China faces, Zhang says, is ensuring compliance with those policies from the power system managers and other officials charged with carrying them out. Still, China does have the pieces in place, and the initiatives have already started to produce strong results for air pollution. Some of those, like replacing coal with lower-emissions natural gas in the highly polluted Beijing region, have a positive effect in terms of emissions reduction, Zhang says.

Powered by the need to address air pollution, China is “essentially moving forward faster than anyone else,” Barrington-Leigh says. With that comes green energy innovation, something that House subcomittee members on both sides of the aisle said should be a priority for the United States. In China, that innovation, and air pollution reduction, are being driven by the totalitarian government, which has control over many of the energy enterprises.

In the United States, getting innovation on green energy mostly lies with the market—a system that doesn’t work in the absence of strong leadership, Barrington-Leigh says. Strong federal guidance on climate change would “give the people who are trying to choose their investments… clarity.” Without that clarity, the fate of the United States as a world technology leader—and as a major contributor to climate change—remains uncertain.