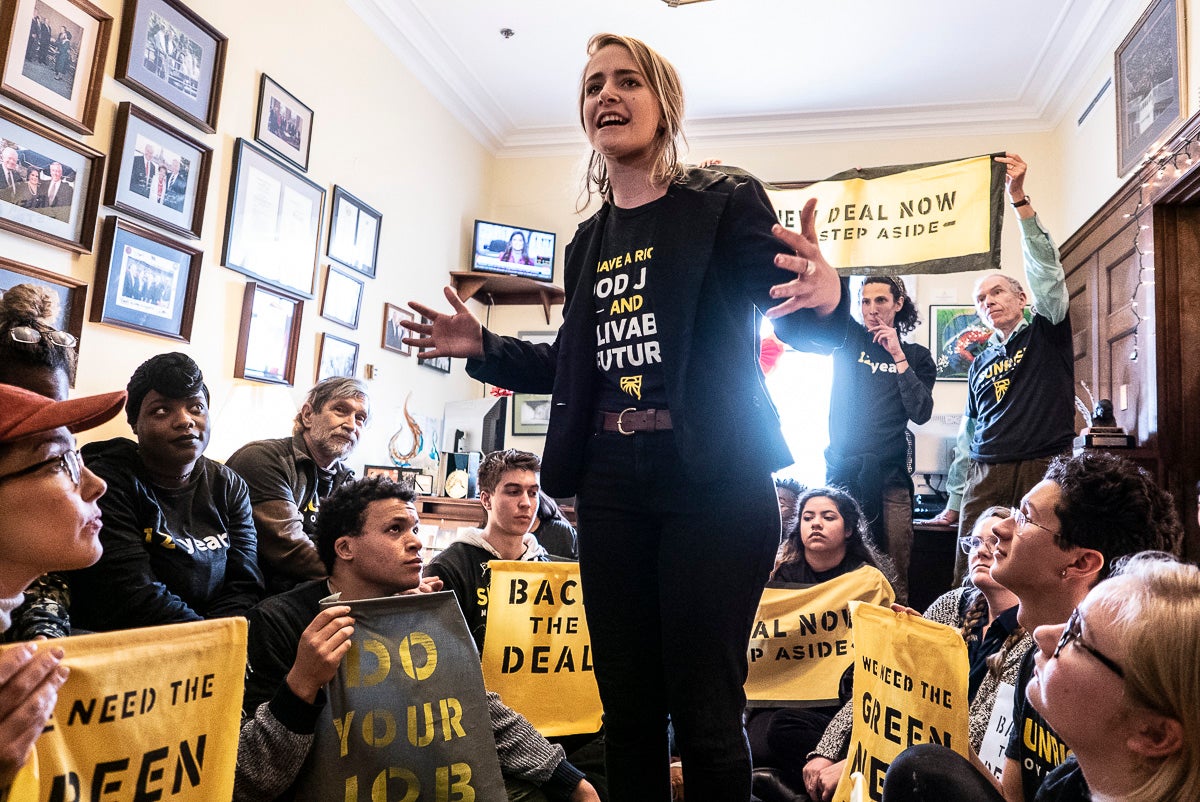 On Wednesday, 10 top Democratic presidential candidates talked climate change during CNN’s climate crisis town hall. The seven-hour marathon event, in which candidates fielded questions one at a time from the moderators and audience members, offered a glimpse into how they would lead the country on climate policy. Here are a few key points from the event:

Many candidates support a carbon tax…

Currently, it’s free for fossil fuel companies, utilities, and other polluters to simply spew carbon dioxide, methane and other greenhouse gases into the atmosphere. A carbon tax would approximate the environmental cost of doing so, and hopefully cut down this free-for-all. Several candidates—including Senator Elizabeth Warren, former housing secretary Julián Castro, entrepreneur Andrew Yang, and Senator Kamala Harris—have noted that they would institute such a fee. Some plans were very specific: Yang said he’d launch the tax at $40 per ton of carbon, and scale up to $100 a ton.

…With one notable exception

Former Texas congressman Beto O’Rourke wants to regulate carbon emissions, too, but not through a tax. During the town hall, he announced that he’s a fan of cap-and-trade style legislation. In cap-and-trade, the government issues a set amount of permits to emit carbon. Permit holders—such as power plants and fossil fuel operations—can use their allowances to cover their own emissions or sell them to another polluter. Gradually, government officials cut back on the number of permits, thereby limiting the total amount of greenhouse gases emitted in the country.

Most candidates expressed goals of bringing the country to net zero carbon emissions by either 2045 or 2050. Castro said he would “incentivize wind energy production, solar energy production, [and] invest in renewables” to do so. And his carbon tax would help pay for those investments. Many of the Democratic candidates support climate plans with Green New Deal-style policies, which involve massive investments to green transportation, manufacturing and energy production. Harris said that she’s “prepared to get rid of the filibuster to pass a Green New Deal.” Senator Bernie Sanders’ plan is the largest proposed, costing a total of $16.3 trillion over 10 years.

…But they disagree on how to get there

Sanders has said he wants to create public ownership of utilities, but Warren during the debate said that she’d leave them in private ownership—just with stricter regulations.

There was also disagreement about nuclear power. “We’re not going to build any nuclear power plants and we’re going to start weaning ourselves off nuclear energy and replacing it with renewable fuels,” said Warren. But Senator Cory Booker supports keeping nuclear in the mix, explaining that “People who think that we can get there without nuclear being part of the blend just aren’t looking at the facts.”

Yang, a former tech executive, wants to look into futuristic geoengineering projects—such as spraying sulfur dioxide into the atmosphere to scatter sunlight—as a method to combat climate change (though he noted in the town hall that this is not his primary approach to climate policy). He proposed a global geoengineering summit to facilitate international cooperation in such efforts and avoid “rogue actors” attempting to alter the atmosphere, a fear shared by some scientists. “Some government — maybe China after a monsoon causes the crops to fail, maybe Indonesia after a heat wave kills 100,000 people, maybe the United States after a category 5 hurricane hits [New York City] head-on — will consider it,” David Keith, an applied physics professor at Harvard, told Business Insider.

Booker, Sanders, and Harris support an outright ban on fracking. But others, including Klobuchar and Castro, haven’t proposed a ban. Klobuchar said she sees natural gas as a “transitional fuel” to renewable energy. Most candidates said they would stop oil and gas permitting on public lands, though.

Burgers came up a lot…

Booker, a vegan, was asked if he’d try to change American’s food choices. The moderator noted that pound for pound, beef has a greater environmental impact than plant-based protein. Booker emphasized that he believes Americans should be free to eat what they want but noted that farming practices are “becoming so perverse,” polluting communities and sickening workers. Such operations shouldn’t get tax breaks, he said.

When asked a similar question, O’Rourke responded: “What we eat, what we consume, how we live is all going to have to reflect the true cost of carbon,” adding that he believes in the “ingenuity of ranchers” and that ranchers could meet carbon emissions targets. Similarly, Klobuchar said of climate action that “I’m hopeful that we are going to be able to do this in a way that we can continue to have hamburgers and cheese.”

On a related note of changing consumer habits, a moderator asked Harris if she would support a plastic straw ban, and she said she would, but noted that “we have to create incentives” for alternatives to plastic products.

…But maybe that’s distracting us from the point

“This is exactly what the fossil fuel industry wants us to talk about,” said Warren after being asked about whether the government should regulate which light bulbs consumers can buy. “They want to be able to stir up a lot of controversy around your light bulbs, around your straws, and around your cheeseburgers.” She added that 70 percent of fossil fuel emissions come from three industries, which are “the building industry, the electric power industry and the oil industry,” according to the New York Times.

What might take a big bite out of these emissions is greener transportation. Both Biden and Buttigieg expressed in expanding train transportation. “We can take millions of vehicles off the road if we had high speed rail,” said Biden. “We know the corridors where we could do that.”