New York is passing its own Green New Deal

It could be the nation’s most ambitious climate legislation. 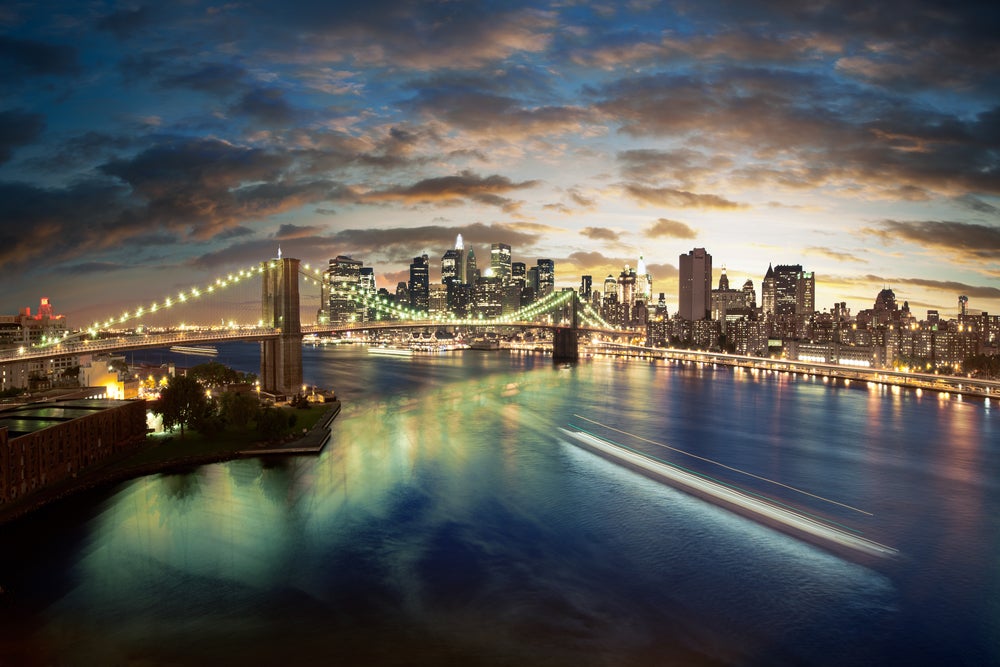 New York appears poised to pass its version of the Green New Deal. If approved in a vote as soon as Wednesday, it could be the nation’s most ambitious climate legislation.

The bill, known as the Climate and Community Protection Act, would commit the state to powering itself on 100 percent clean energy by 2040. It also mandates a 40 percent cut to all human-caused greenhouse gas emissions from 1990 levels by 2030, and an 85 percent cut by 2050. For the remaining 15 percent, polluters would be required to pursue “alternative compliance mechanisms” to sequester or offset their carbon. Additionally, 70 percent of the state’s electricity must come from renewables by 2030.

“Climate change is adversely affecting economic well-being, public health, natural resources, and the environment of New York,” the bill reads. The state’s seen an increase in severe weather, rising sea levels, worsened air pollution, and health conditions like asthma due to the burning of fossil fuels, the text continues.

“Climate change especially heightens the vulnerability of disadvantaged communities, which bear environmental and socioeconomic burdens as well as legacies of racial and ethnic discrimination,” the lawmakers write. Because of these disproportionate effects of global warming, the bill advances measures to achieve climate equity. Namely, it specifies that at least 35 percent of state clean energy funds be invested toward these communities, in areas such as housing, workforce development, and pollution reduction. That money could help create about 212,000 jobs in the decade after its implemented, according to research by the think tank Demos.

The combined focus on addressing the climate crisis and promoting equity make the bill resemble the proposed federal Green New Deal, a resolution that’s stagnated in Congress. “No other state climate policy we are aware of comes close to this proposal’s integration of climate, racial equity, and job creation goals,” Demos distinguished senior fellow Heather C. McGhee and climate advocate Bill McKibben wrote about the bill in a New York Times op-ed.

Right now, greenhouse gases from fossil fuel burning for energy make up the bulk of New York’s emissions—82 percent, according to the state’s inventory. A lot of that comes from tailpipes, with transportation responsible for 33 percent of emissions. Residential and commercial energy use make up a total of 26 percent. Industrial processes, agriculture, and waste contribute to emissions, too.

Once the clean energy standard is set, replacing dirty vehicles by 2040 will be relatively straightforward because cars have an average turnover rate of about 15 years, says Mark Jacobson, a Stanford University civil and environmental engineering professor who has published roadmaps to converting the United States and other countries to 100 percent renewable energy. Retrofitting old buildings to replace fossil-fuel powered heating and other processes will likely prove most challenging, he adds.

If the bill passes, New York would join Hawaii, California, New Mexico, and Washington as the only states with 100 percent clean or renewable energy mandates (“clean energy,” by the way, includes renewables as well as nuclear and fossil fuels with carbon capture). Puerto Rico and Washington, D.C., have also passed similar legislation. Nevada and Colorado have made it a goal to have a carbon-free energy system by 2050, but its not required, according to analysis by EQ Research. Jacobson says the New York bill’s emissions targets are among the most aggressive of the state policies—a good thing, given how little time government reports say we have to drastically cut our emissions. “It’s definitely an important step,” says Jacobson. “I think you can always be more aggressive, but it’ll make some rapid changes.”

In 2009, New York’s executive order no. 24 called for an 80 percent cut in greenhouse gases by 2050. The Climate and Community Protection Act would update and add to existing environmental legislation and move the emissions target from an “aspirational” goal to one that’s required, according to New York Renews, an organization that pushed to pass the bill. Legislators would be required to develop a scoping plan that outlines how the aggressive emissions targets would be met, including by setting greenhouse gas standards for various sectors, promoting the development of solar and offshore wind energy, and implementing carbon sequestration practices in agriculture and forestry.

While a state-by-state approach might seem ineffectual in challenging the global climate crisis, the bill author’s hope that it sets about greater change, writing that “such action will encourage other jurisdictions to implement complementary greenhouse gas reduction strategies and provide an example of how such strategies can be implemented.”