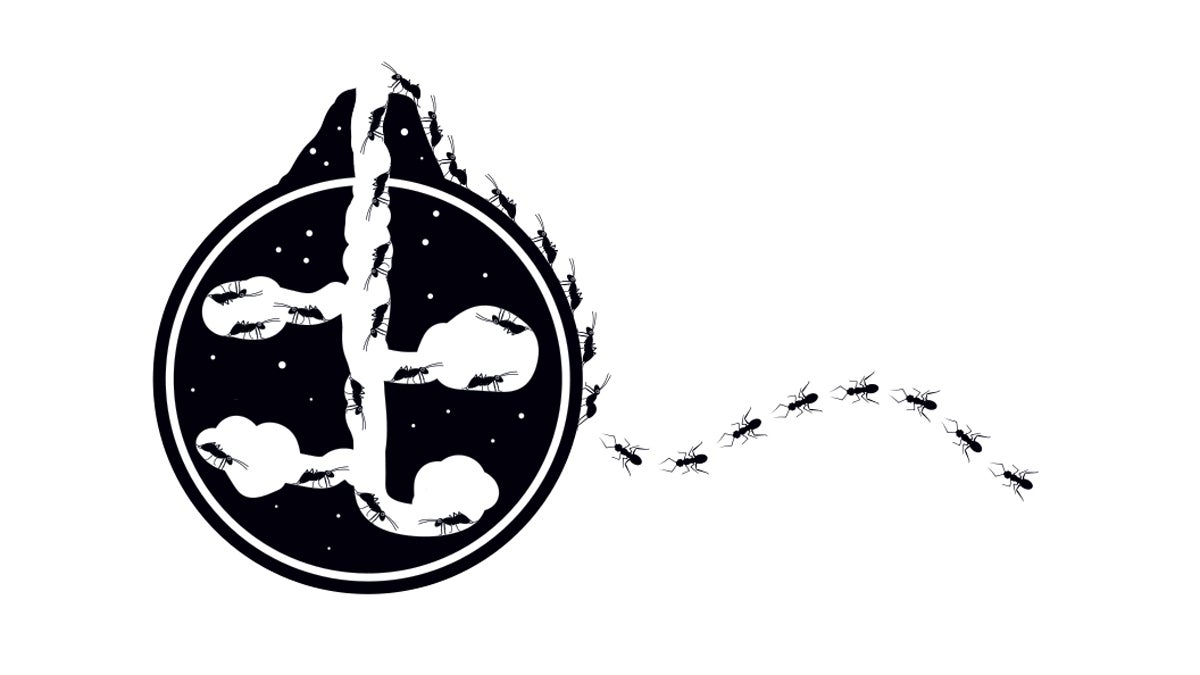 When we think, each of our brain cells fires signals to as many as 1,000 neighboring neurons up to 200 times per second. This enables complex decision-making like navigating a four-way stop or solving an algebra problem. But animals with tiny noggins (or none at all) also complete involved tasks—no cerebral fireworks needed.

Ant brains are hundreds of thousands of times smaller than ours, rendering them incapable of any significant individual computing power. Instead, they employ an intricate hive mind communication system, says New Jersey Institute of Technology entomologist Simon Garnier. The bugs emit chemicals called pheromones when they encounter a resource, such as food or a nesting site. Hundreds of fellow ants follow the smell, leading to an organized army of satiated critters or the construction of a giant (relatively speaking) anthill.

Even brainless, single-celled organisms called plasmodial slime molds can comprehend simple lessons, says Audrey Dussutour, a biologist at the University of Toulouse. She taught these blobs to transverse salty patches of land by gradually filling them with sodium. The more salt they contained, the sooner they “realized” they could cross safely, proving an elaborate neural network isn’t the only key to success.