May you ride eternal, shiny, and quenched 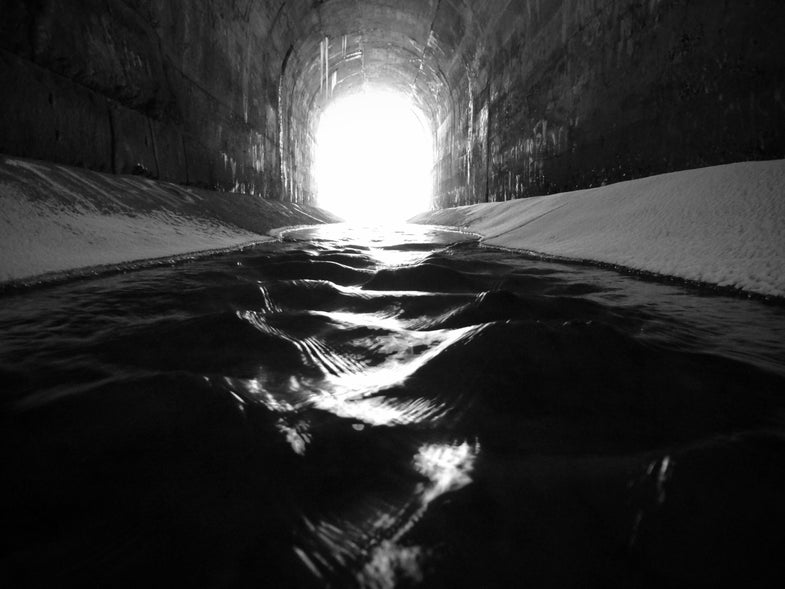 Anyone who has seen Mad Max: Fury Road (or even the trailer, no spoilers here) might have noticed the massive amounts of water getting pumped out of the ground, giving life to an otherwise dry, dusty, drought-ridden landscape.

Where does all that water come from? Presumably from a deep underground aquifer, a layer of rock saturated with water. Aquifers are a great source of water in areas that don’t have ample freshwater rivers, reservoirs, or snowpack, with one tiny catch: aquifers aren’t unlimited.

Eventually, if the aquifer in Mad Max or real aquifers here in non-nuclear-apocalypse-land keep getting pumped for water, they will eventually run dry, unless water manages to seep down into the rocks and refill (or recharge) the aquifer. Recharging an aquifer is possible, but it takes a long time. Now, scientists are finding out that that recharging process takes even longer than we’d originally thought.

As Richard Mertens, writing for The University of Chicago Magazine reports, researchers there have figured out a way to tell exactly how long water has been in the ground by looking at a rare isotope called Krypton 81 (no relation to Kryptonite). An isotope is an atom with a different number of neutrons compared to an average atom of an element.

There isn’t much Krypton 81 in the air, but there’s enough of it that every once in a while it ends up getting caught in water vapor or a raindrop, and heads for the ground as precipitation. Eventually, some of that might make it down into an aquifer, where it sits, and starts its long decay into bromine.

The beauty of Krypton 81 is that this decaying process takes a really long time, which is helpful when trying to figure out how old something is. Scientists can use carbon dating to date how old an artifact is by measuring how much of the isotope Carbon-14 (found in all humans) is left in it. Carbon-14 has a half-life of 5,730 years, meaning that by the time 5,730 years have passed, an object like a fallen tree or a bone will have half the Carbon-14 it started with. That’s great for relatively recent things, but is only useful for a few tens of thousands of years. Krypton-81 on the other hand has a half-life of 229,000 years.

By measuring the amount of Krypton-81 left in an aquifer, scientists can figure out how long the water has been in the ground–and whether any new water is making it into the aquifer. In some cases, the researchers found that aquifers that were thought to be young (and easy to replenish) at an estimated 30,000 years old were actually over a million years old. A million years is not a great lag time if you’re hoping to use an aquifer as a water source indefinitely.

It is seriously doubtful that any of the characters in Mad Max would be able to get their hands on a device that could measure how long their water has been in the ground. But there is some hope still that drought-stricken places like California could use methods like this to figure out where the water they’re pumping out of the ground is coming from … and how much longer it would take to fill ‘er up again.