You Can Go To Jail For Doing Citizen Science In Wyoming

Take no pictures, leave no footprints 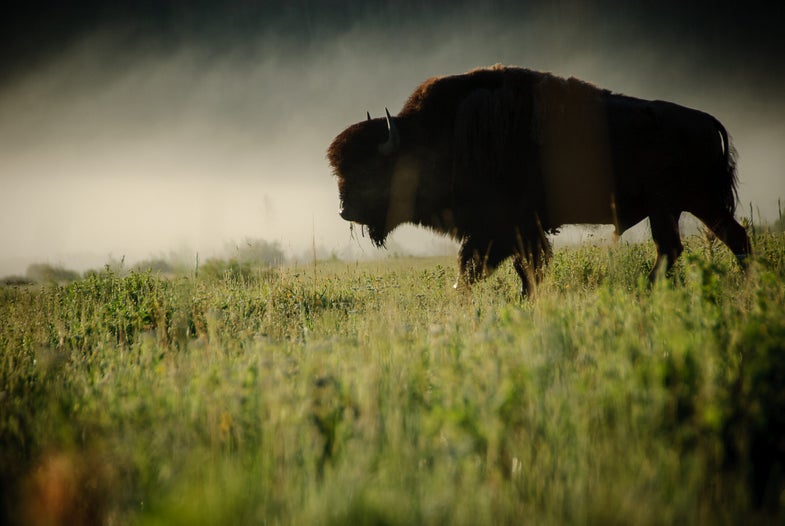 The Internet has been in an uproar since news broke on Slate that a new law in Wyoming would make collecting data illegal. Illegal, that is, if you collected those samples with the intention of turning them over to a federal or state agency that could actually take action if there was a problem.

The law got its start after a group of ranchers sued an environmental group for trespassing on their land to obtain water samples from streams that were contaminated with E.coli from cattle dung. The samples were taken on public land, which under this new law would be illegal without explicit permission.

People caught collecting data (which includes taking photographs) on “open land” (land outside of town/city lines) now have to have written or verbal permission to be there. The problem is, the term ‘open land’ is vague, and could encompass everything from state and federal parks to privately owned land.

The law allows people caught collecting samples or taking pictures with the intent to pass them on to government agencies to be charged with “Trespassing to unlawfully collect resource data” and “unlawful collection of resource data.” That means that someone who sees a polluted waterway and stops to take a picture of it could be sentenced to up to a year in prison and/or given a $1,000 fine.

“We thought it was a flawed piece of legislation from the start,” Gary Wilmot, executive director of the Wyoming Outdoor Council told WyoFile.com. “One of our early arguments against this was it’s very different than criminal trespass. Criminal trespass you have to knowingly be on private land. This law, you don’t have to trespass knowingly, and that’s why we saw it as so risky for wildlife researchers. We’re worried about people making honest mistakes and being guilty of this crime.”

Going to jail for trying to collect data or point out pollution violations on public lands? That’s bad. What’s worse is that even if you are willing to go to jail to get those valuable samples, the data you collect can’t be used by any agency to actually prevent a violation, and the data can’t be used in court to prove that something bad happened.

All that is looking pretty bleak, but there is hope. As Justin Pidot, an assistant law professor, wrote in the original Slate story: “Anyone with a passing familiarity with our Constitution will recognize that the Wyoming law is unconstitutional.”

Pidot explains that the law violates the supremacy clause of the Constitution, because it directly contradicts aspects of federal Clean Water Act which allow citizens to help enforce the act. According to Pidot, the law also violates aspects of the First Amendment, including the right to petition the government.

It will take time to change the law, and in the meantime, researchers and concerned citizens in Wyoming will have to ask permission, not forgiveness.