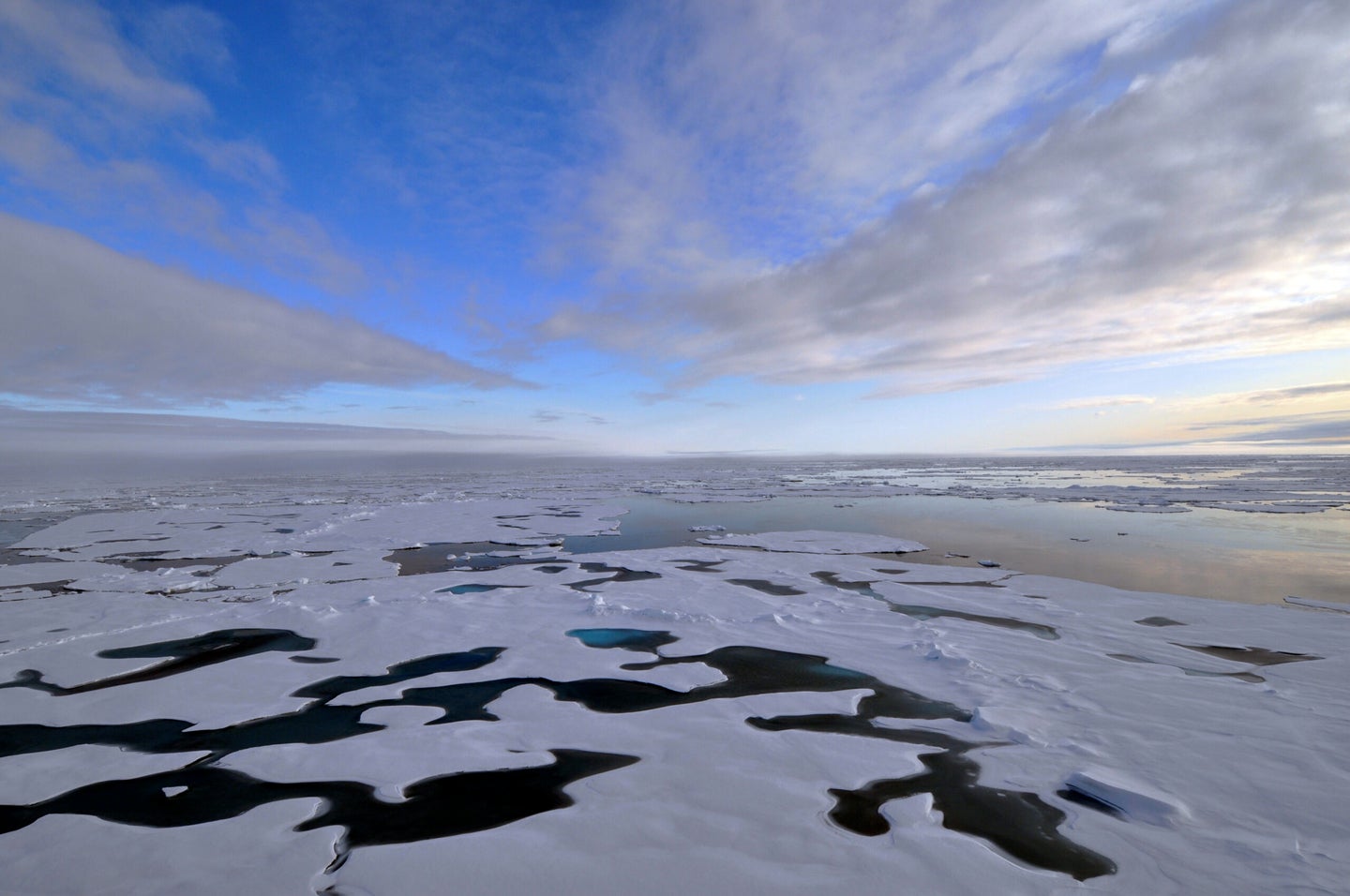 Today, the Department of the Interior’s Bureau of Ocean and Energy Management (BOEM) granted Shell approval to drill for oil and gas in the Arctic Ocean. Once the company obtains a laundry list of permits from various state and federal agencies, they will be able to drill up to six exploratory wells in the Chukchi Sea, 70 miles away from the town of Wainwright, Alaska. The sea’s water is about 140 feet deep.

“We have taken a thoughtful approach to carefully considering potential exploration in the Chukchi Sea, recognizing the significant environmental, social, and ecological resources in the region and establishing high standards for the protection of this critical ecosystem, our Arctic communities, and the subsistence needs and cultural traditions of Alaska Natives,” BOEM Director Abigail Ross Hopper said in a statement. “As we move forward, any offshore exploratory activities will continue to be subject to rigorous safety standards.”

Environmental activists aren’t quite as confident as Hopper. They are concerned about what might happen if a spill like the Deepwater Horizon disaster occurs in ice-covered waters. Such an event could make the already difficult task of cleaning up an oil spill even more difficult. Also, the nearest Coast Guard station that could help respond to a spill is 1,000 miles away from the drilling site.

Then there’s Shell’s track record in the region. This approval comes two years after Shell halted operations in the Arctic in the wake of a 2012 drilling season riddled with violations, difficulties with safety procedures and contractors, and the grounding of the company’s Kulluk drilling rig off the coast of Alaska. During that saga, the Coast Guard rescued 18 people from the Kulluk by helicopter during a storm, before the rig crashed into an island. Additionally, Vice reported that a Shell ship, the Noble Discoverer, failed a Coast Guard inspection last month, which found that a device that separates water from oil inside the ship was malfunctioning… again. (This ship was also involved in some of the snafus in 2012.) The device was fixed, and the ship is now on its way north to Alaska from Hawaii.

Yet Noble Discoverer may run into some opposition along the way. Shell intended Seattle to be the hub for their Arctic drilling endeavor, but the city is proving to be a thorn in the company’s side. Seattle residents are protesting Shell’s operations there, and the city’s mayor announced last week that Shell would have to obtain new permits in order to quarter its fleet at the port. That means ships like the Noble Discoverer won’t have a place to dock. The company says it has alternatives in the event their first choice doesn’t pan out.

Oil wells in the area would be used to assess how much oil is available in the area, which is widely believed to hold vast amounts of the resource. Both oil companies and environmental groups will be watching Shell carefully to see how everything fares after the drilling starts.