Nepal Hit By Another Large Earthquake

Making a bad situation that much worse 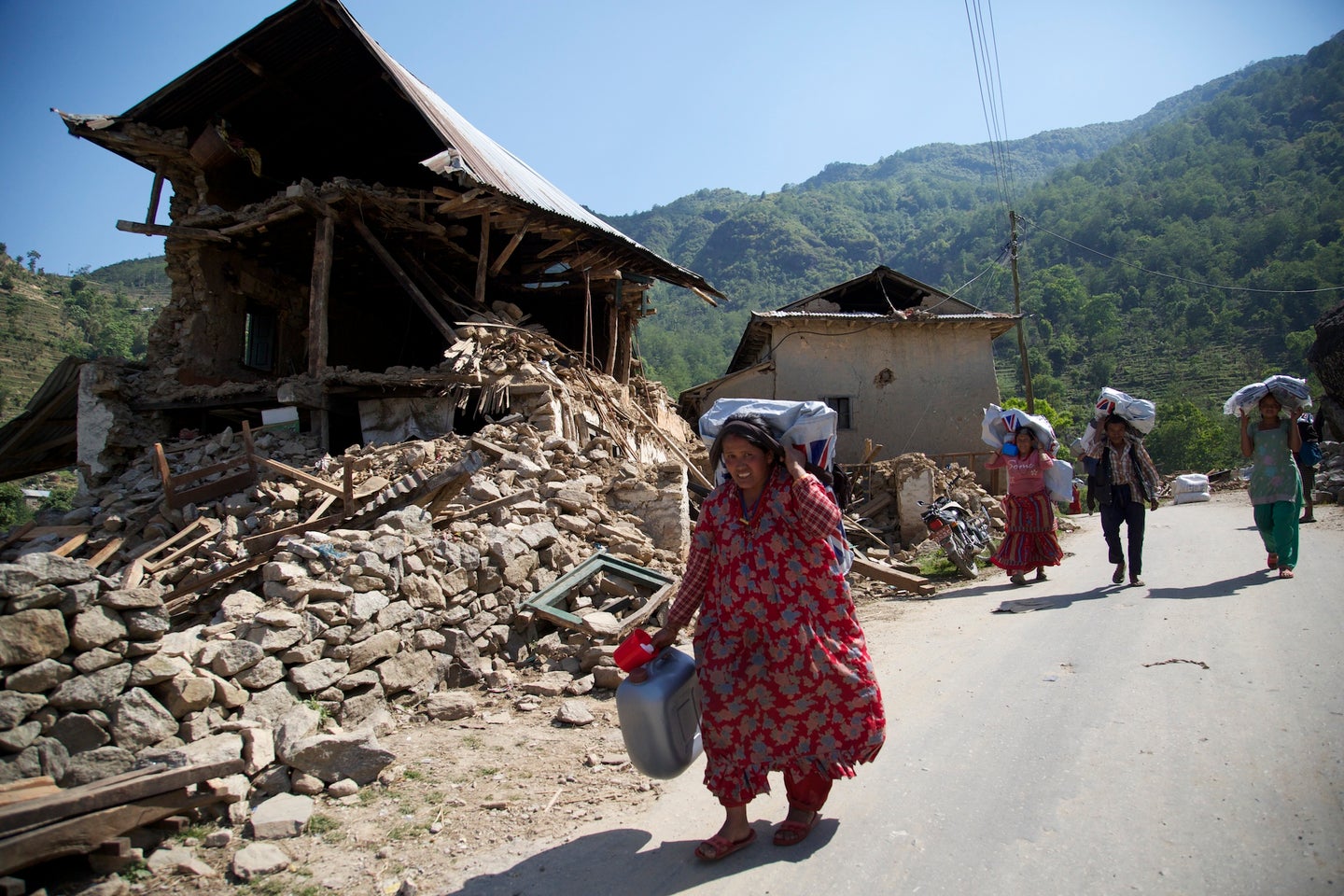 Just over two weeks ago, a large earthquake struck Nepal, killing more than 8,000 people, and literally moving mountains. This morning, the earth moved again, the shaking reaching a substantial magnitude of 7.3 on the Richter scale.

Today’s quake was larger than the many aftershocks that have rattled the region since the April 25 quake (also known as the Ghorka quake), and it was centered in a different place. The earthquake a few weeks ago started about 50 miles northwest of Nepal’s capital, Kathmandu. The star shows the epicenter of the April 25 earthquake.

Today’s epicenter was about 50 miles northeast, almost exactly between Kathmandu and Mount Everest: The epicenter of the May 12 earthquake is marked with a star.

If you’re thinking that the proximity of the two earthquakes in terms of time and location suggests that there might be a connection between the two, you would be correct. Today’s large earthquake is being classified by the United States Geological Survey (USGS) as an aftershock of the previous quake. Last week, the USGS suggested that there might be several aftershocks this week, though there was only a 1 in 200 chance that an earthquake with a magnitude above 7 would occur.

When the Ghorka quake occurred, it ruptured a large section of the crust under the Earth’s surface. That ‘crack’ headed east, ending just west of the area where today’s quake started, making it quite likely that the stress of the previous earthquake helped this one along.

The area has a notorious history. The site of the largest earthquake in the region, the 8.0 magnitude Nepal-Bihar earthquake in 1934, and killed over 10,600 is located to the east of today’s earthquake.

So far, 42 people are reported dead and over 1,000 people were injured in today’s earthquake. The tremors caused politicians to flee from parliament and the public to take refuge in the open air of the streets.

Rhita Doma Sherpa, a nurse, told Reuters “I am very scared and I am with my two sons. The school building is cracked and bits of it, I can see they have collapsed…It was lunchtime. All the kids were outside. Thank god.”