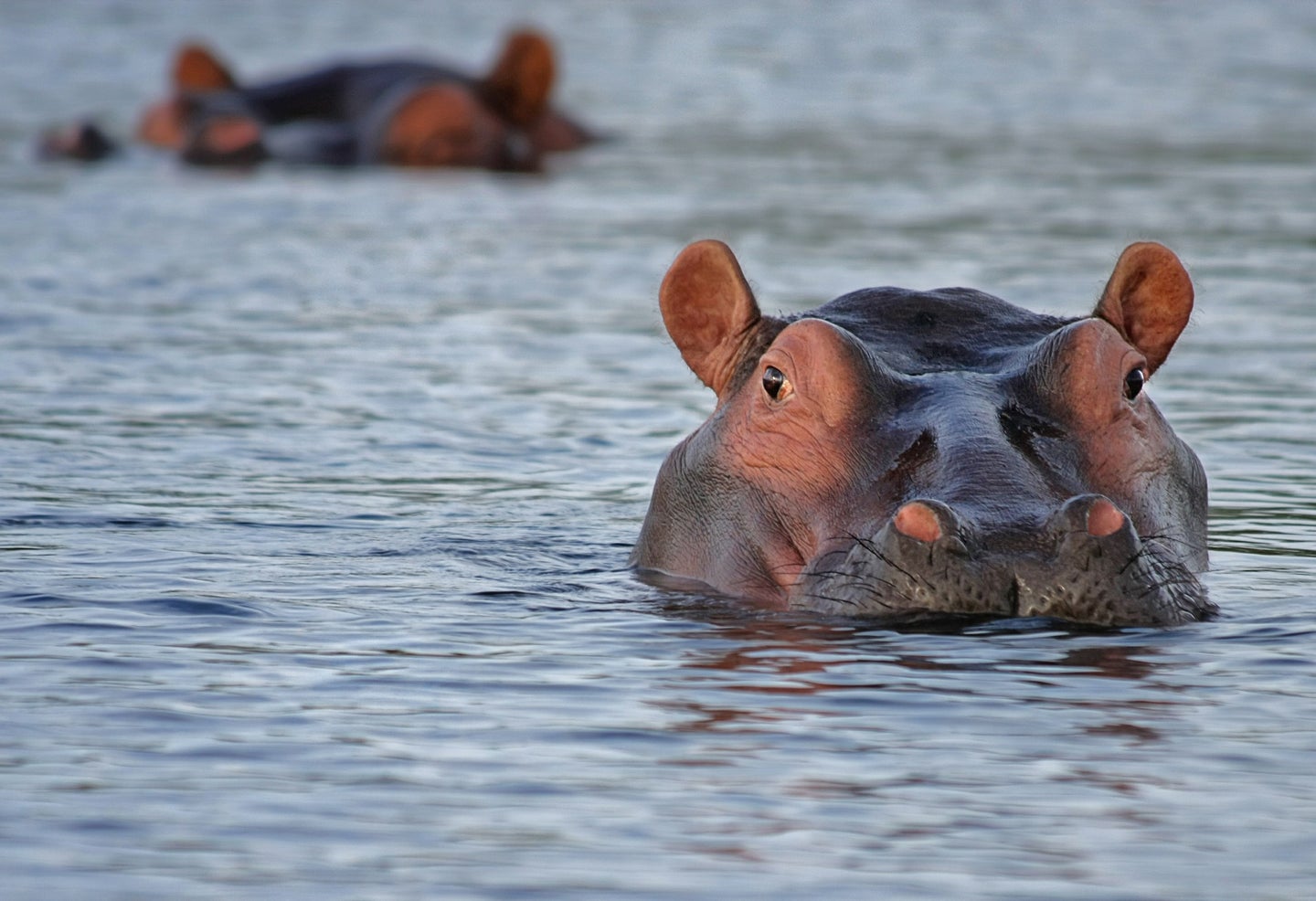 These pesky escaped pets might actually have a role in Columbia's ecosystem. Image by Michael Siebert from Pixabay
SHARE

Pablo Escobar was a notable character for a lot of reasons—being one of the richest criminals in history, for one. But there was also his desire for having exotic, non-native animals roam around his grounds in Colombia. As the years have passed since the drug kingpin was taken out, most of those critters ended up in zoos, save for four wild hippos. Those hippos found a life of their own, repopulating to a whopping 80 beasts. And most folks think of the creatures as giant pests.

However, according to new research, Escobar’s hippos might not be that out of place after all. In fact, they interact with their environment similarly to the ancient Hemiauchenia paradoxa, a llama-like critter that roamed the same area during the Late Pleistocene roughly 100,000 years ago. The tail end of that era is marked by its extinctions—which some scientists attribute to humans. The world’s most gigantic creatures vanished off the face of the earth, and our ecosystems haven’t been the same since.

But could the species that we consider ‘invasive,’ like Escobar’s hippo tribe, be filling the glaring gap they left behind?

A new study published Monday in PNAS that compares qualities of ancient fauna with their newly introduced counterparts argues that creatures that have ended up far from their evolutionary homes, like camels in Australia or feral horses in the Americas, are stepping in the ecological shoes of animals long extinct.

“While they might look really different, in terms of how they influence ecosystems, they are actually not that different,” says study author John Rowan, a paleontologist at the University of Massachusetts Amherst. A hippo and an ancient llama might sound pretty distinct from one another, but they eat equivalent food, weigh about the same, and digest their meals similarly.

The same goes for the water buffalo populations that could also be seen as a pest. They act ecologically similar to giant armadillos of eras past. But since people aren’t used to seeing them in places like Australia or South America, the knee jerk reaction might be ‘get those things out of here, it’s not natural.’ And sometimes, that is the right reaction, like when it comes to pesky lionfish that ravage populations of native fish on the east coast of the US.

Rowan argues that evolutionarily, yes, invasive species are probably not supposed to be in the places where they now roam wild and free. But ecologically, sometimes they fit in.

“That question of should they be here is kind of bogus because they are really similar to these extinct critters,” he says.

Erick Lundgren, a study author and Ph.D. student at the University of Technology Sydney, brings up the idea of ‘novel’ ecosystems, or ecosystems that are unfamiliar to the world’s history. When we look at today’s ecosystems, the ones without these “invasive” species actually seem more novel than the ones that include them in the grand scheme of things. Invasive species are basically everywhere.

And Lundgren says invasive species filling in extinct roles can be positive since creatures like water buffalo can reduce wildfires and amp up tree growth. Hippos’ poop, in the right setting, can make fishery-boosting fertilizer. But these findings don’t necessarily mean people should let wild invasive animals go unchecked. From lionfish to pythons to cane toads, there are plenty of invasive species horror stories. In a perfect world, there’d be predators to keep populations in check. But big predators like wolves and jaguars are the guys that might find an invasive feral horse or hippo to be a tasty snack, and their numbers are dwindling, adds John Terborgh, the co-director of the center for tropical conservation at Duke University who was not involved with the study.

Also, the study doesn’t have an answer for the forgotten ecological impacts of the most massive animals that we killed off in the Late Pleistocene, like wooly mammoths or mastodons. Terborgh calls these giant creatures “environmental engineers” because of their ability to plow down vegetation, turning forests to savannahs. We don’t have an easy replacement for them, since it’s a huge undertaking to relocate and manage large animals, especially in new ecosystems.

“I’ll be astonished when the first [non-native] rhinos, giraffes, and elephants are released as an experiment,” he says.

The main takeaway from the whole study, Lundgren says, is to reassess the term “invasive,” something that sounds more aggressive than scientific. Instead of just looking at geography when it comes to newly introduced species, conservationists and scientists should keep an eye out for potential value that some human-introduced creatures can bring to unique ecosystems.

So maybe next time you see a story about Escobar’s hippos causing a ruckus, remember that they are more or less cosplaying as one of South America’s own ancient native creatures.