For some African grey parrots, sharing is caring

Birds were willing to sacrifice so their pals could get a snack. 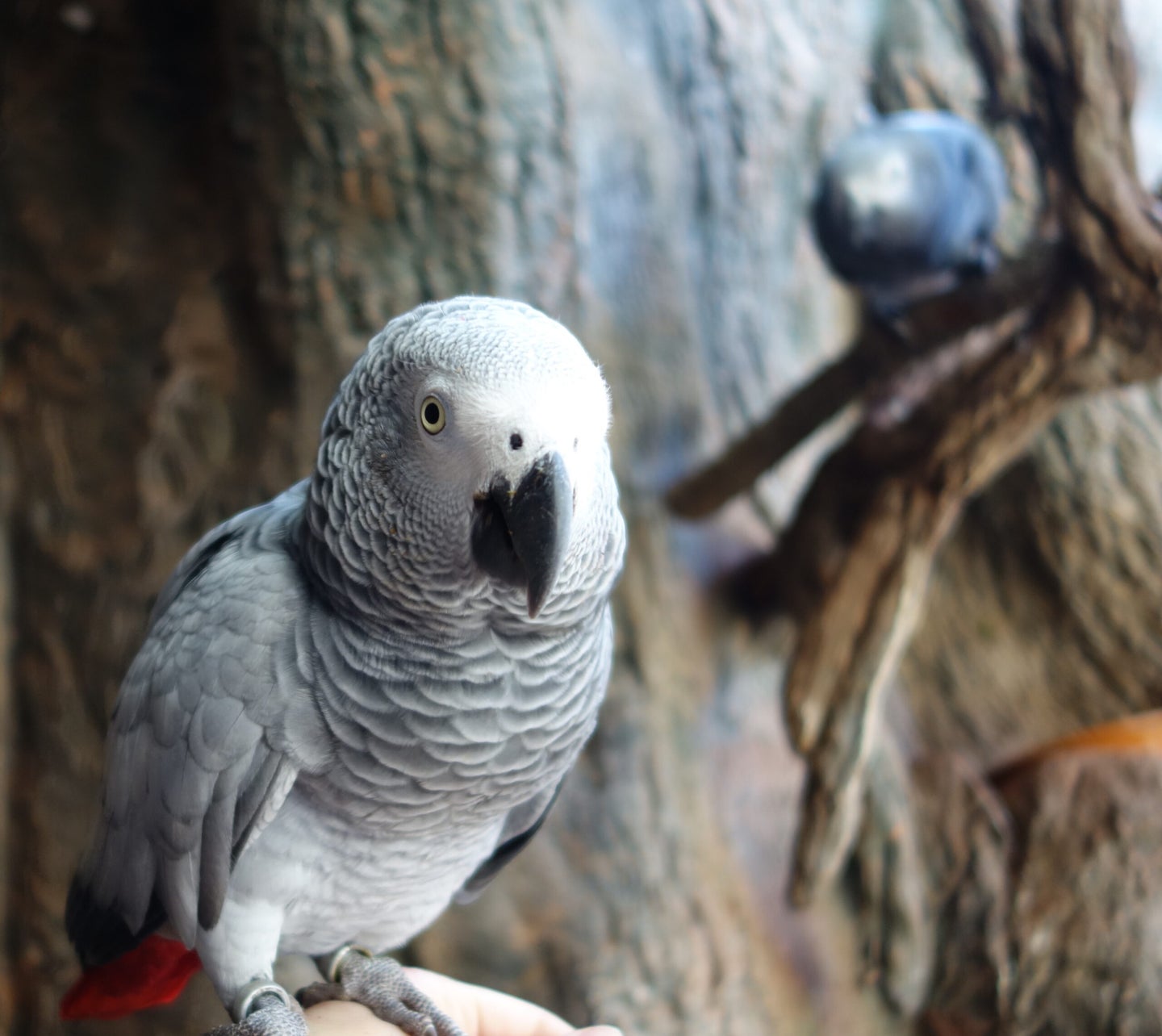 These little guys are cute as they are helpful. Annette Martens
SHARE

A new study suggests that kindness may be for the birds. Far from being a uniquely human trait—or even something that sets great apes apart from the rest of the animal world—the ability to be generous could exist even among creatures who lend a wing instead of lending a hand.

“We humans, we think it’s what makes us special, what’s causing our great cooperative success,” says Désirée Brucks, the author of a new study in Current Biology and a postdoc at the University of Zurich. “But actually it’s not the case. Other species show it. Even birds, which split from mammals 300 million years ago.”

This new study, performed by Brucks and coauthor Auguste M.P. von Bayernat at the Max Planck Institute for Ornithology in Germany, documented African grey parrots helping companions get a snack.

The experiment went like this: two parrots were placed in cages right next to each other with a hole between them, allowing them to pass things back and forth. They each had an experimenter-facing hole as well. The birds were sometimes given tokens, which they could pass to the scientists to get a treat.

One parrot was given tokens and had its portal to the experimenter closed up. Now the little guy had a choice: hoard them or pass them to the bird next door, which could still make the trade for food.

In general, the African greys were willing to pass the tokens, even if they didn’t get a snack themselves. They were also less likely to share tokens if the other bird or the experimenter were absent, suggesting they weren’t just nudging the objects out of their cages for the sake of it.

Blue-headed macaws, another type of parrot, took the same test and weren’t as likely to pass along a token to their neighbor, whether or not the experimenter was present. Only two pairs out of 12 passed more than eight tokens back and forth, whereas 10 out of 16 pairs of African greys met that mark. Brucks credits this to social context: Blue-headed macaws live in a strict hierarchy, where being super friendly probably doesn’t have much of a benefit. But African greys fly in big flocks and their social dynamics and partnerships are in constant flux, so it’s worth maintaining a reputation for being a good buddy.

But Irene Pepperberg, a researcher at Harvard who has worked with African greys for decades, says it’s not necessarily so simple. When you dive into the new study’s data, she says, it’s pretty clear that the best parrots at the job were the ones with the closest relationships—they were recorded socializing together outside of the test, and in some cases were even siblings. And Pepperberg notes that some of the parrots had already been trained to complete a similar task for previous research projects, possibly giving them a leg-up over other study subjects. That could explain why some of the pairs didn’t play along in the test at all. All told, she’s not convinced the behavior of the birds in the experiment can be generalized to being typical for the species.

“They are making claims that are much stronger than their data support,” Pepperberg says.

Juan Duque, a psychology professor at Arcadia University who has studied similar acts of social cooperation in other birds, notes that even if African greys have the capacity for altruism, it may not be a universal trait for the species. Animals, like people, have different personalities—and some might be more willing to help out than others.

“You have some friends that are super helpful, super friendly, super supportive,” Duque says.

“And you have other friends where you have to be the one to put the effort in to contact them, and when you go out to dinner, you know that they might be a little more cheap.”

So while this paper hints that a willingness to help may not be unusual in African greys, it’s crucial to realize that each individual will act slightly differently, he says. The interactions of a larger group of birds might be more telling of how friendly these parrots are in the wild, and what factors actually influence how they treat their feathered friends.