How do we get our eye color?

There’s a lot more to it than our parents’ DNA. 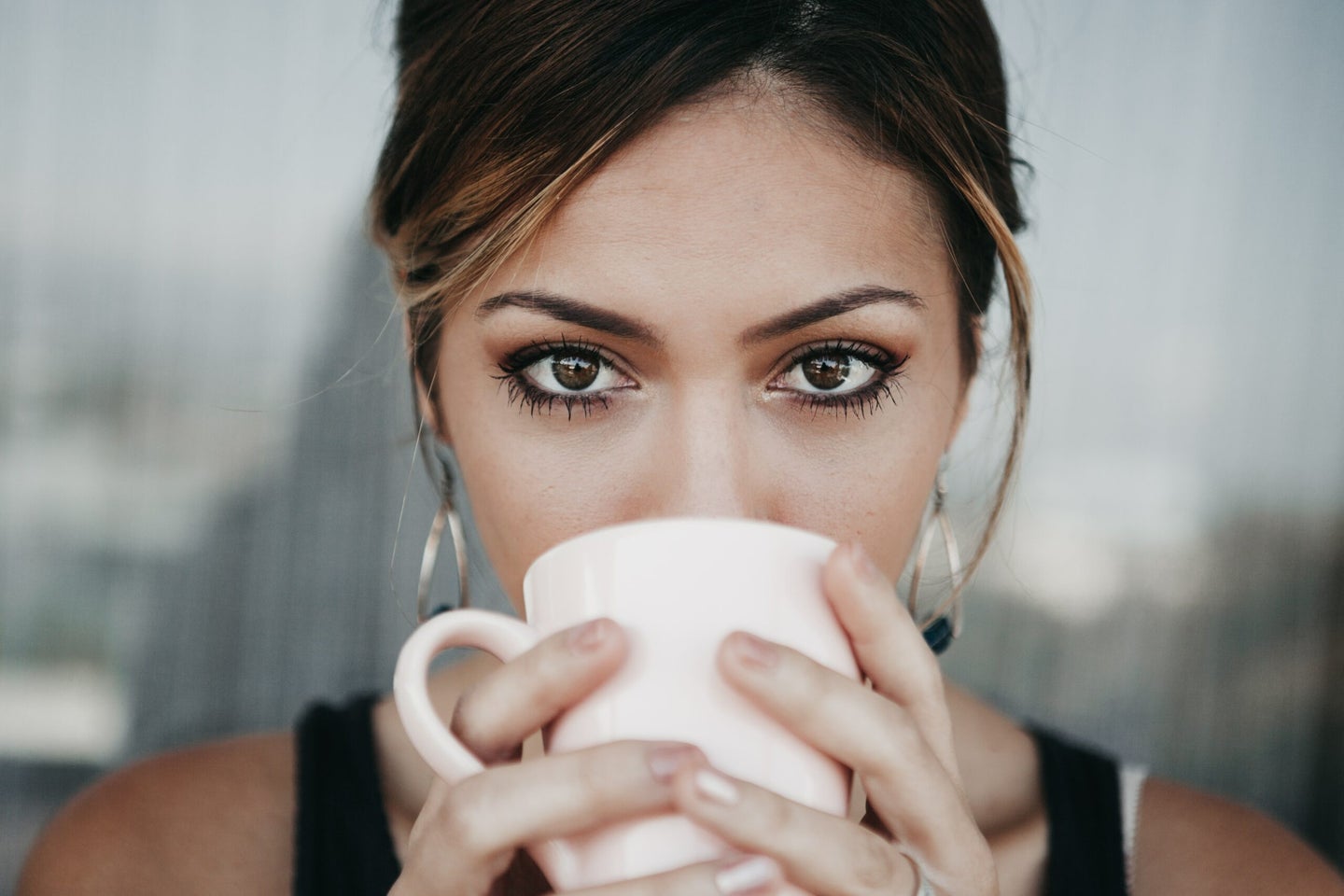 Most of us learned what we know about eye color from a chart in grade-school biology. You know, the one that shows that two brown-eyed parents will likely have brown-eyed kids, and two blue-eyed parents are pretty much destined to have blue-eyed kids. It might have come with little color codes, clear-cut percentages, and neat lines of inheritance. But the story of how eye color is passed down is more complicated—and unpredictable—than we’re taught.

Humans get their eye color from melanin, the protective pigment that also determines skin and hair shades. Melanin is good at absorbing light, which is especially important for the iris, the function of which is to control how much brightness can enter the eyes. Once it passes through the lenses, the majority of the visible light spectrum goes to the retina, where it’s converted to electrical impulses and translated into images by the brain. The little that isn’t absorbed by the iris is reflected back, producing what we see as eye color.

Now, that color depends on the kind and density of melanin a person is born with. There are two types of the pigment: eumelanin, which produces a rich chocolate brown, and pheomelanin, which renders as amber, green, and hazel. Blue eyes, meanwhile, get their hue from having a relatively small amount of eumelanin. When the pigment is low in stock, it scatters light around the front layer of the iris, causing it to re-emerge are shorter blue wavelengths. This makes blue an example of what is called “structural color,” as opposed to brown and to some extent, green and hazel, which would be defined as a “pigment colors.” It’s in part the same reason the sky is blue—an atmospheric light trick known as the Rayleigh effect.

Green eyes are interesting because they combine light scattering and two kinds of pigment: They hold slightly higher amounts of eumelanin than blue eyes, as well as some pheomelanin. Hazel eyes come from the same combination, but they have more melanin concentrated in the outer top layer of the iris. Red and violet eyes, which are much rarer, come from a minute to complete lack of pigment. In fact, red eyes have no melanin whatsoever, so all we’re seeing is the reflection of the blood vessels. When there’s some pigment, but too little to cause wavelengths to scatter, the red and blue interact to produce a rare violet.

An imperfect circle of genes

Though we used to think eye color came from a relatively simple pattern of inheritance, in recent years scientists have found that it’s determined by many genes acting in tandem. What’s more, tiny tweaks on a gene can result in different shades in the iris. “When you have mutations in a gene, they’re not just acting in a vacuum,” says Heather Norton, a molecular anthropologist who studies the evolution of pigmentation at the University of Cincinnati. “The proteins that they produce don’t just do what they do independently.”

The two genes currently thought to be most strongly associated with human eye color are OCA2 and HERC2, which are both located on chromosome 15. OCA2, the gene we used to think to be the sole player in eye color, controls the production of the P protein and the organelles that make and transport melanin. Different mutations in the OCA2 gene ramp up or tamp down the amount of protein that’s produced in the body, changing how much melanin is sent to the irises. (If you’re wondering why some kids are born with blue eyes but end up with green or hazel ones later in life, it’s because these organelles take a while to mature and start shuttling melanin around).

The HERC2 gene, meanwhile, acts like a helicopter parent for OCA2. Different mutations in this gene act as a switch that turns OCA2 on and off and determines how much P protein it encodes.

Those are just the two genes we know about in detail so far. Newer studies have linked as many as 16 genes to eye color, all of which pair with OCA2 and HERC2 to generate a spectrum of different iris colors and patterns. With all these variations in the interaction and expression of genes, it’s hard to say for sure what a child’s eye color will be based on their parents’. “While what you might have in your HERC2 genotype matters, it also matters what you have at [other parts of chromosome 15],” Norton says. “Even though you might have two copies of the allele that’s more commonly associated with blue eye color, if you have a mutation somewhere else in your genome that does something to modulate how that P protein is produced or distributed, that’s going to influence phenotype.” What she means is, if a kid does shockingly end up with brown eyes, there’s no need to flip out and reach for the paternity test. It’s just the rich tapestry of genes.

Norton notes that most of what we know about the complicated genetics of eye color, we know through genome-wide association studies (GWAS), which track visible traits in subjects with varying DNA profiles. But she also points out that there are huge gaps in the range of populations we’ve documented to figure out how eye color is genetically influenced. “Given that most of what we know about how these genetics have been done in studies of Europeans, when you think about some of these genetic interactions, there may be mutations that influence eye color, skin color, or hair color that are more common in other parts of the world,” Norton says. “We don’t know about them because we don’t look.”

There are several research groups around the world trying to flip this bias by conducting GWAS studies in Latin American and South African populations; some have even found novel gene segments affecting skin pigmentation in different communities. One day, the same may be revealed about eye color.

The vast majority of cases of congenital heterochromia (when people are born with the condition) are completely benign, but in rare cases it can occur as a symptom of disorders like Horner or Waardenburg syndromes. If heterochromia develops later in life, it’s most often the result of eye injury, head trauma, melanoma, or sporadically, glaucoma treatments. But in the majority of people it happens by random mutation, leading to one eye getting more or less melanin than it should. Try and put that in a chart.

Ask Us Anything
Biology
genetics