Meet the highest mouse on Earth

These tiny mountaineers might be the most impressive mammals around. 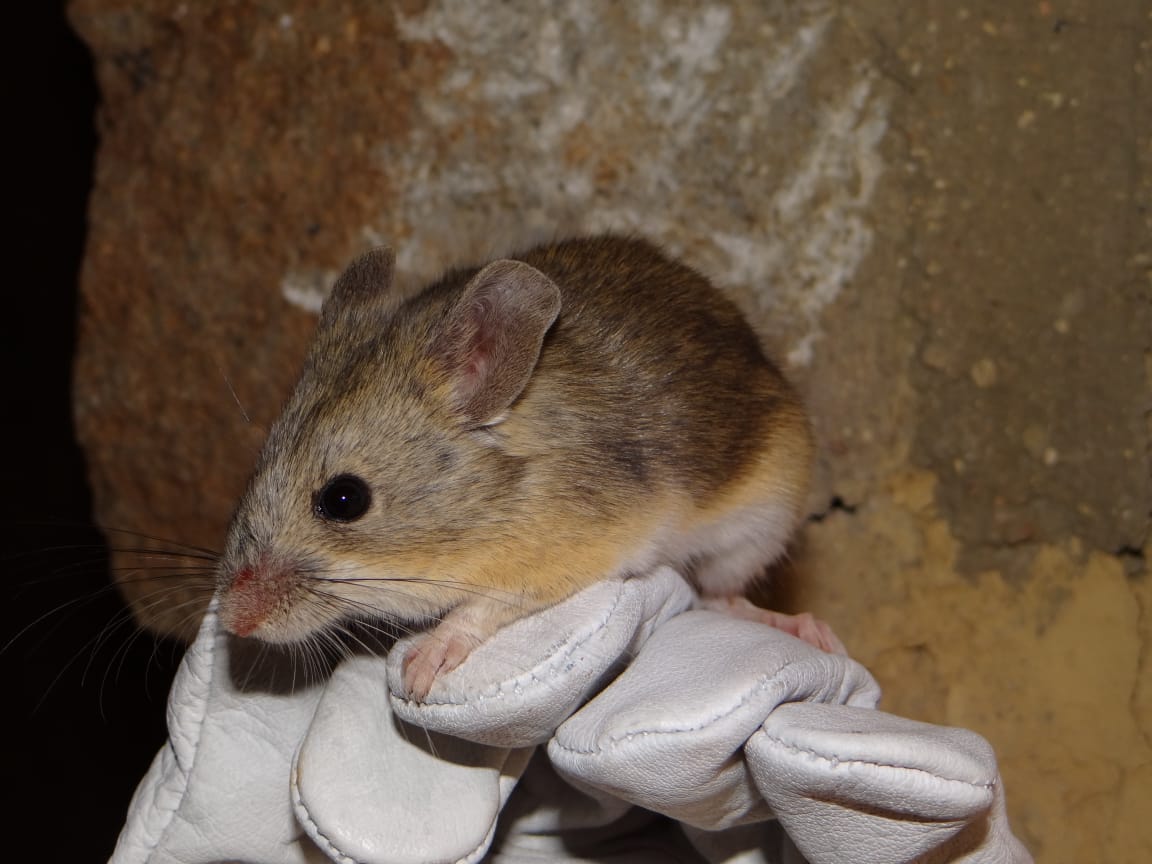 The yellow-rumped leaf-eared mouse might only be a tiny critter, but it can live in some dire conditions. Marcial Quiroga-Carmona
SHARE

The peak of Llullaillaco, the world’s highest active volcano, stretches some 22,000 feet above sea level and is almost like another planet. The peak straddling Chile and Argentina is one of the driest places on earth, making it the perfect place for mummies to remain intact for thousands of years and not much else. Temperatures regularly drop below freezing, and vegetation is scarce. Very little can live up here, including humans—the highest people live at permanently is 16,700 feet, a good thousand feet below the elevation of the main Everest basecamp in Nepal.

These elevations are not what you’d call a livable situation for pretty much anyone. That is unless you are a teensy weensy Phyllotis xanthopygus, the yellow-rumped leaf-eared mouse.

In February, researchers discovered one of these tiny mountaineers scampering around the peak of the volcano at nearly 22,110 feet above sea level, breaking a world record for the highest altitude a mammal can live at, which was set by the same species last year. Researchers published their findings on bioRxiv, but the study has yet to be peer-reviewed.

The yellow-rumped leaf-eared mouse isn’t your typical house mouse, but they aren’t exactly rare. Jay Storz, the author of the study and a professor of evolutionary biology at the University of Nebraska, says these little fellas are generally found around sea level. Now we know they also venture as high as any mammal has ever been. “These are clearly very adaptable little creatures,” he says.

One shocking thing about this discovery is that one of the few creatures that can live all the way up on this volcano is a small, warm-blooded one. Small animals have very high rates of metabolism, Storz says, which allows them to lose heat very rapidly. To survive at such a height, these mice need to be eating a lot and breathing a lot to maintain their body temperature and not succumb to the dire environment at such a high altitude.

The next step is discovering what makes this mouse different from other wildlife that live at high elevations. Large herds of camel-type animals called vicunas and guanacos, as well as foxes, pumas, and funky types of birds still thrive at 14,000 to 15,000 feet above sea level—but only this wee mouse can scale the whole volcano and live to tell the tale.

“No one expected these animals to be living at such an extreme altitude. It may be that we’ve really underestimated elevational limits and physiological tolerances of many animals simply because the world’s highest summits, kind of like the deepest depths of the ocean, are still relatively unexplored by biologists,” Storz says.

So next time you scale a massive peak, keep an eye out for your littlest companions. They might know the best tricks to making it to the top.