Seven mysterious sounds science has yet to solve

The loneliest whale in the world is just one example. 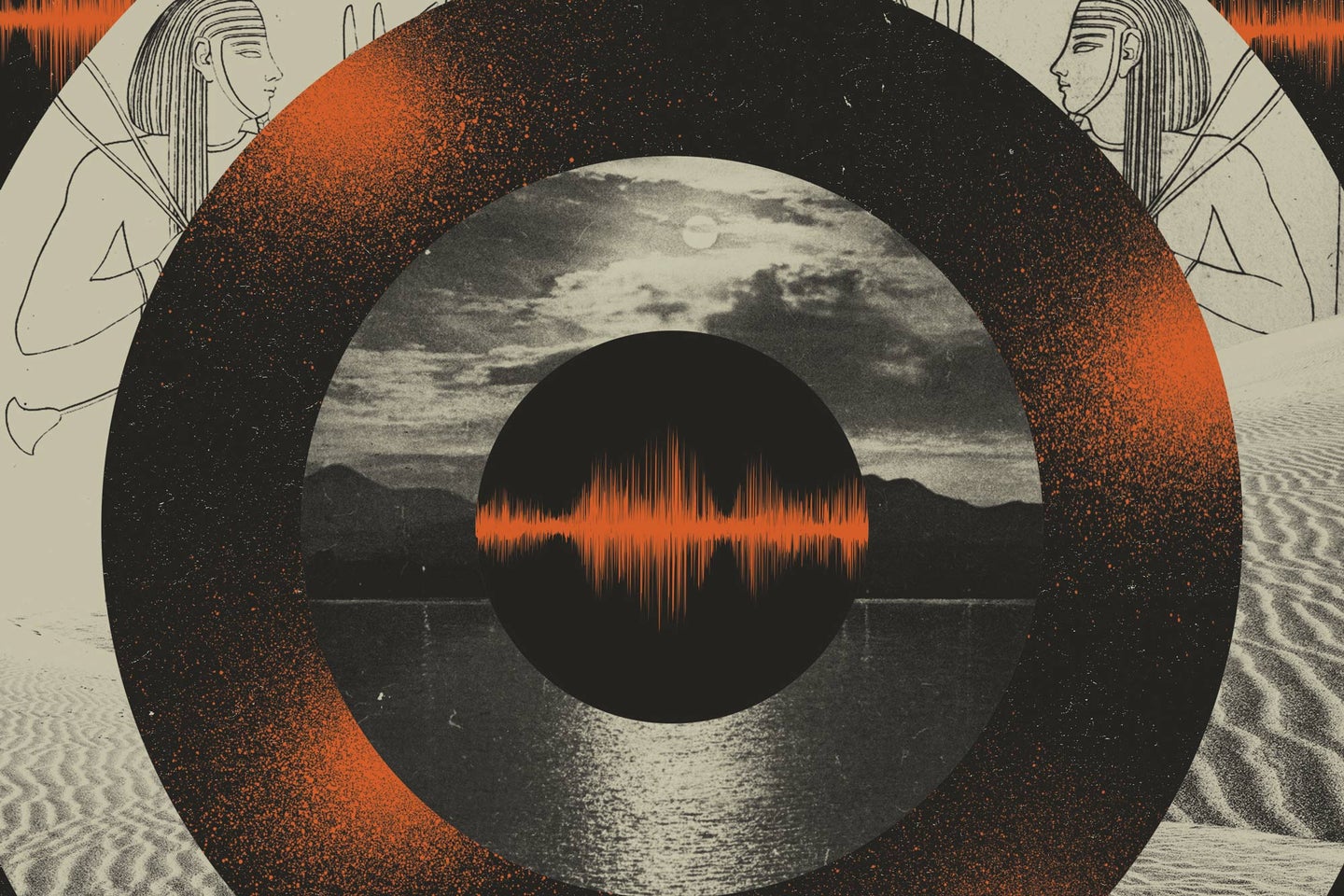 Pings. Buzzes. Rumbles. Booms. Hums. Bumps in the night. Sounds of unknown origin can be more than unsettling; they can inspire decades of mythos and fear—and obsessive scientific inquiry. Some cases of enigmatic noise are now closed, like the southern Pacific “bloops” detected by National Oceanic and Atmospheric Administration hydrophones in 1997 and finally, in 2005, tied to Antarctic icequakes. But other cacophonous culprits remain at large. From jarring radio broadcasts to harmonious dunes, here are some of the world’s great sonic mysteries.

When the U.S. Navy gave scientists access to a network of hydrophones built in the 1950s to eavesdrop on Soviet subs, researchers discovered a surprising song. It followed a beat (and migratory path) reminiscent of a blue or fin whale. But while those species bellow at pitches of about 15 to 25 Hz, the new notes hit 52 Hz—only about as low as a tuba can manage. William Watkins, the marine mammal researcher who discovered the singular singer and listened to it for 12 years, died in 2004. But the search picked up again when sensors heard a similar call in 2010. Was this the original swimmer, or a sign that Watkins’ musical mutant wasn’t so lonely after all? Researchers remain stumped.

Ghostly detonations have plagued residents near upstate New York’s Seneca Lake and along North Carolina’s Outer Banks for more than a century. Scientists have speculated that earthquakes might be responsible for the cannon-like sounds, which rattle windows and can even open closed doors, but they’ve never found direct evidence of the connection. Other potential causes include meteorites, covert military operations, and methane gas bubbling up from beneath the water to burst with a pop. Though some geophysicists still debate the cause of this persistent phenomenon, they consider the harmless rumbles more of a curiosity than a pressing scientific problem.

Numbers stations—shortwave radio transmissions of monotone coded messages—are inherently creepy. But call sign UVB-76 has outcreeped them all by playing the same jolting tone from Russia since 1982. Similar broadcasts are useful for sending messages where snoops might intercept digital comms, so “the Buzzer” could simply assist spies. But it plays far fewer words and digits than confirmed espionage outlets, so some suspect it’s a science project that bounces radio waves off the ionosphere to detect solar flares. The most intriguing theory posits that it’s a doomsday device that will go silent should Russia suffer a nuclear attack, thus triggering retaliation.

A Portland suburb screamed its way into the league of mysterious noises in February 2016 with a loud mechanical squeal. The tone, which rang like a squeaky door, disturbed residents’ sleep for about a month before ceasing. That was plenty of time to inspire loads of amateur theories, from alien invasions to burned-out lightbulbs. But attempts to pinpoint the true source, including those of a local physics professor who sought to triangulate the noisemaker using a Google Map full of complaint calls, all failed. Police closed their investigation when the trail went cold, speculating that a loud attic fan or water pump on the fritz might have been to blame for the disappearing screech.

A clamor needn’t be high-pitched to cause alarm. People in New Mexico, England, Canada, New Zealand, and elsewhere have reported hearing similar bouts of pervasive, low-frequency droning for decades. This tone has the added intrigue of not being audible to all. Some speculate that tinnitus, which causes ear ringing, could be a factor. But not everyone who claims to be one with the hum suffers from the condition. Could they be imagining a rumble based on others’ reports? If it actually exists, where does it come from? With such vague humming and hawing, it’s difficult to know where a serious inquiry would begin, so this sonic conundrum remains uncracked.

Go to the Gobi Desert in Asia or Great Sand Dunes National Park in Colorado, and you might just hear a spooky tune. The massive beachy formations make a low roar that has frightened and intrigued intrepid travelers going back at least as far as the 13th century, when Marco Polo compared it to “the sounds of all kinds of musical instruments.” But there’s a likely explanation: The dunes probably start to sing as grains slide, avalanche-style, off the slopes. A 2012 study—in which physicists triggered the necessary cascade by scooting downhill on their butts—​hypothesized that the phenomenon’s distinctive variations in pitch are due to differences in grain size.

(Sadly, there’s no video of this centuries-old puzzler.)

Built nearly 3,500 years ago, the Colossi of Memnon guard the tomb of Egyptian pharaoh Amenhotep III near Luxor. But one sentinel was not silent at his post: He “sang” at dawn. This sparked a tourist craze, and visitors left ancient Yelp reviews in the form of graffiti. Julia Balbilla, a Roman noble who visited in 130 A.D., wrote a poem on the statue’s leg comparing the sound to “ringing bronze.” The music apparently died around the time Roman Emperor Septimus Severus ordered repairs to the sculpture in 200 A.D. That could be a clue: Perhaps cracks in the stone collected dew, creating sonic vibrations as temperatures rose and warmed the liquid.