Tiny Debris Chipped A Window On The Space Station

The ISS is fine, don't worry 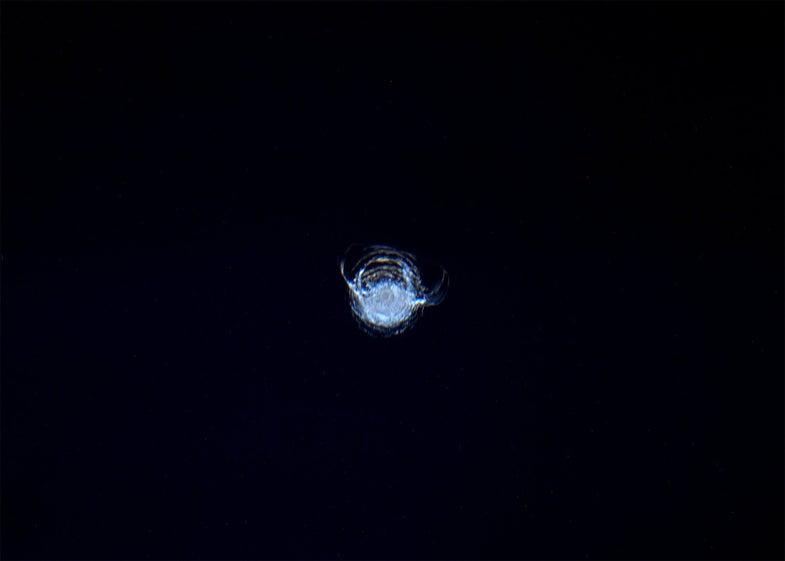 Damage to a window of the space station. ESA/NASA
SHARE

A spacecraft orbiting the Earth gets damaged by space debris. You’re probably thinking it’s the plot of Gravity, and you’re not wrong.

It’s also what happened to the International Space Station a few months ago. Don’t panic, everyone’s fine, and the ISS is still safe. But the 7mm-wide dent in one of the windows of the ISS’s cupola is a reminder that space debris is a force to be reckoned with.

Astronaut Tim Peake took the image of the damage, saying “I am often asked if the International Space Station is hit by space debris. Yes – this is the chip in one of our Cupola windows, glad it is quadruple glazed!”

The ESA and NASA believe that the damage was caused by something tiny, no more than a few thousandths of a millimeter across, crashing into the window at high speed. Likely candidates are a paint chip or a small piece of metal.

In a release provided along with the picture, the European Space Agency notes:

The reason that such small objects can do so much damage is speed. Space debris, usually the leftover remnants of defunct satellites) travels around the world at 17,500 miles per hour, and NASA estimates that there are 500,000 pieces of space debris orbiting the Earth that are larger than a marble, and millions of tiny bits like that paint chip that are impossible to track.

Unsurprisingly, people are looking for ways to minimize the creation of space junk, and to clean up the debris that’s already out there. There are a lot of ideas from junk-eating space vacuums, to nets and lasers. As more and more private and government-funded space programs take off, it’s time to take cleaning up our act seriously.