Yes, satellites can see the Mumbai garbage fire from space. But they can also see your house, and home plate in Yankee stadium. 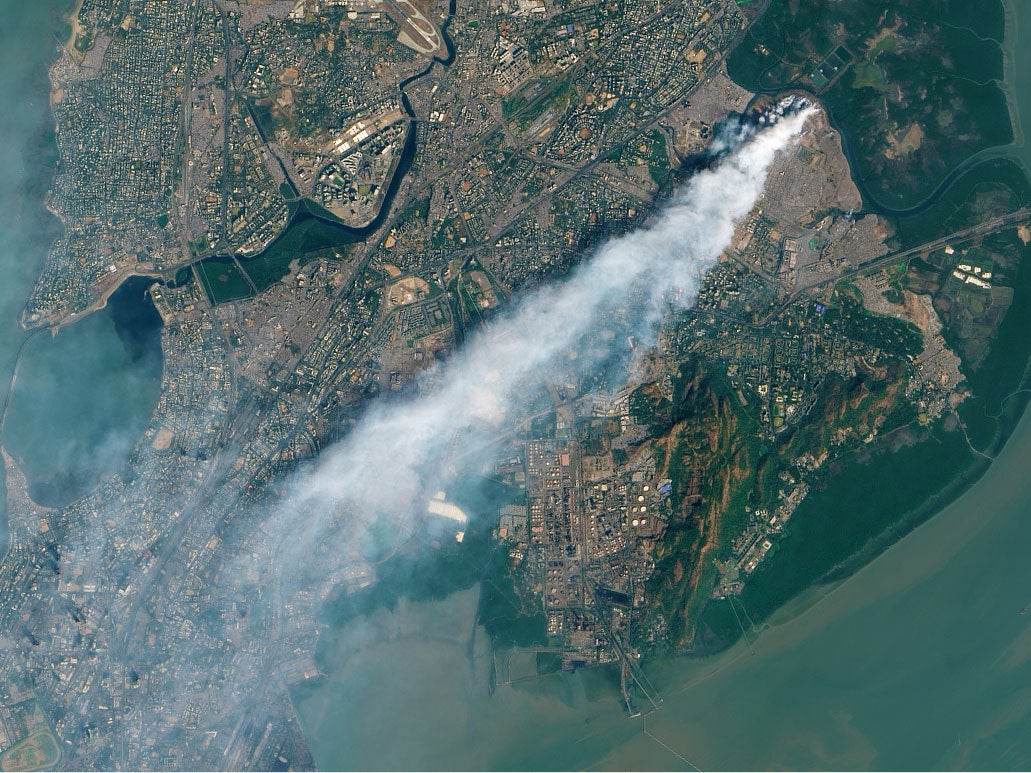 A large garbage fire in Mumbai has been burning for days. The noxious smoke is choking the city with 21 million residents, and it’s not going to be easy to put the fire out. It’s a big fire, and big deal. But the bajillion headlines saying the fire is “so big you can see it from space” are kind of annoying.

Here’s the full picture, captured by the Landsat 8 satellite and posted by the Earth Observatory: 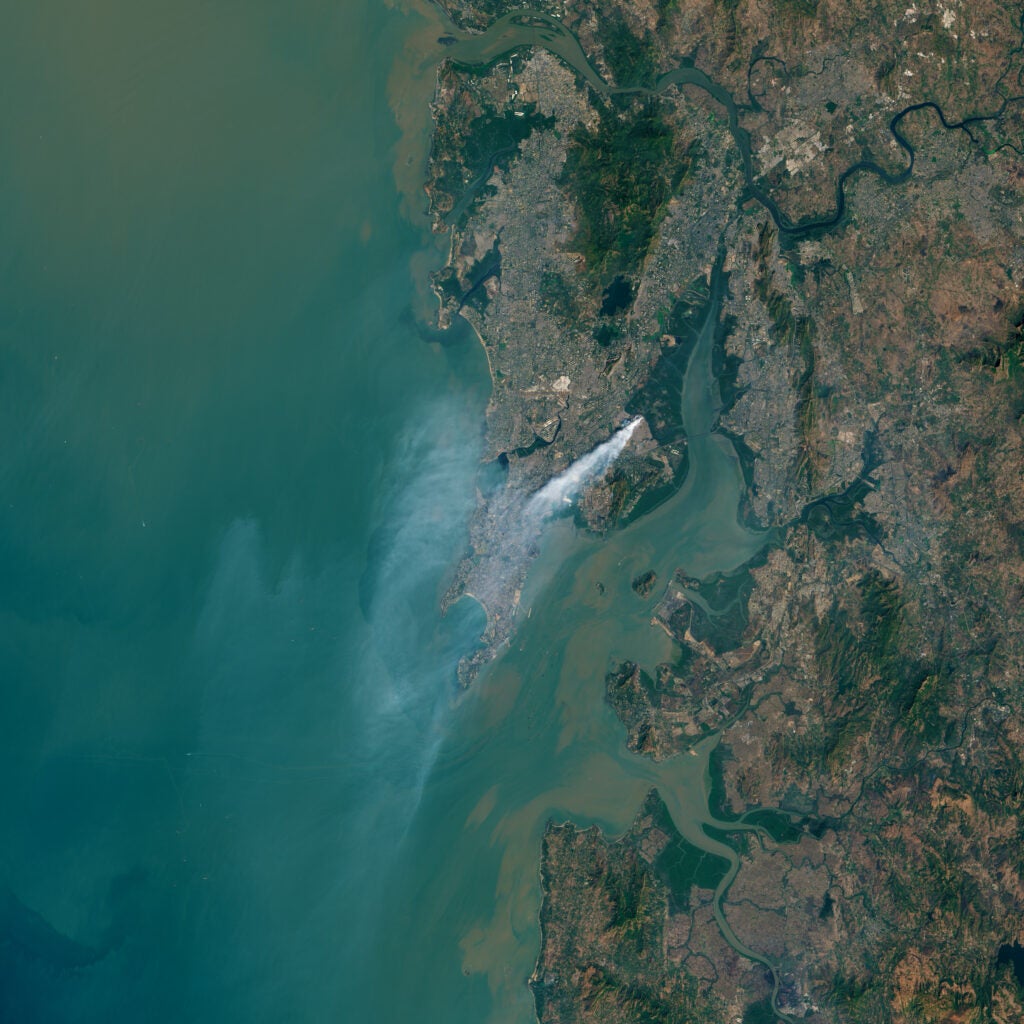 Saying that something is “so big you can see it from space” implies that you could see it with the naked eye, rather than with a telescoping lens, which is what Landsat-8 uses.

Up in the International Space Station, we’re pretty sure commander Scott Kelly and his fellow astronauts can’t see the trash fire–not with their eyes alone. In the past, astronauts used a gigantic 800-millimeter lens to get a similar view of that part of India: 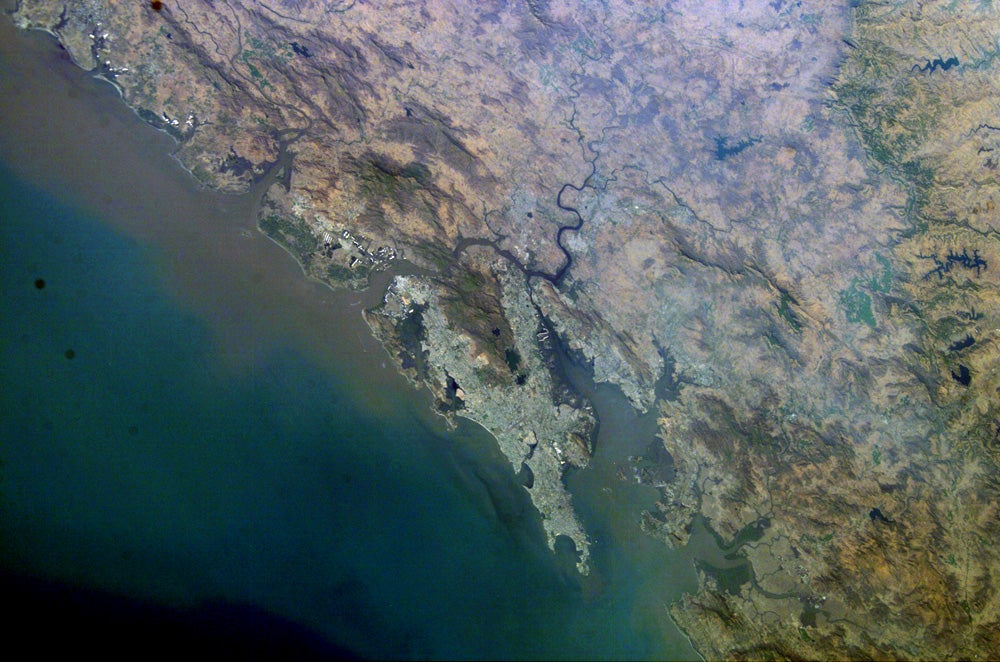 View of Mumbai from the space station, using a camera lens as long as an amateur telescope

We can see a lot of things from space. If you zoom around the Landsat 8 image, you can also see homes, empty lots, and boats at sea.

The WorldView-3 satellite has a resolution of 31 centimeters. As Popular Science noted in 2014, each pixel of its camera captures one square foot of land, which is sharp enough to spot the home plate in Yankee Stadium. My next headline: “This Baseball Plate Is So Big You Can See It From Space”. 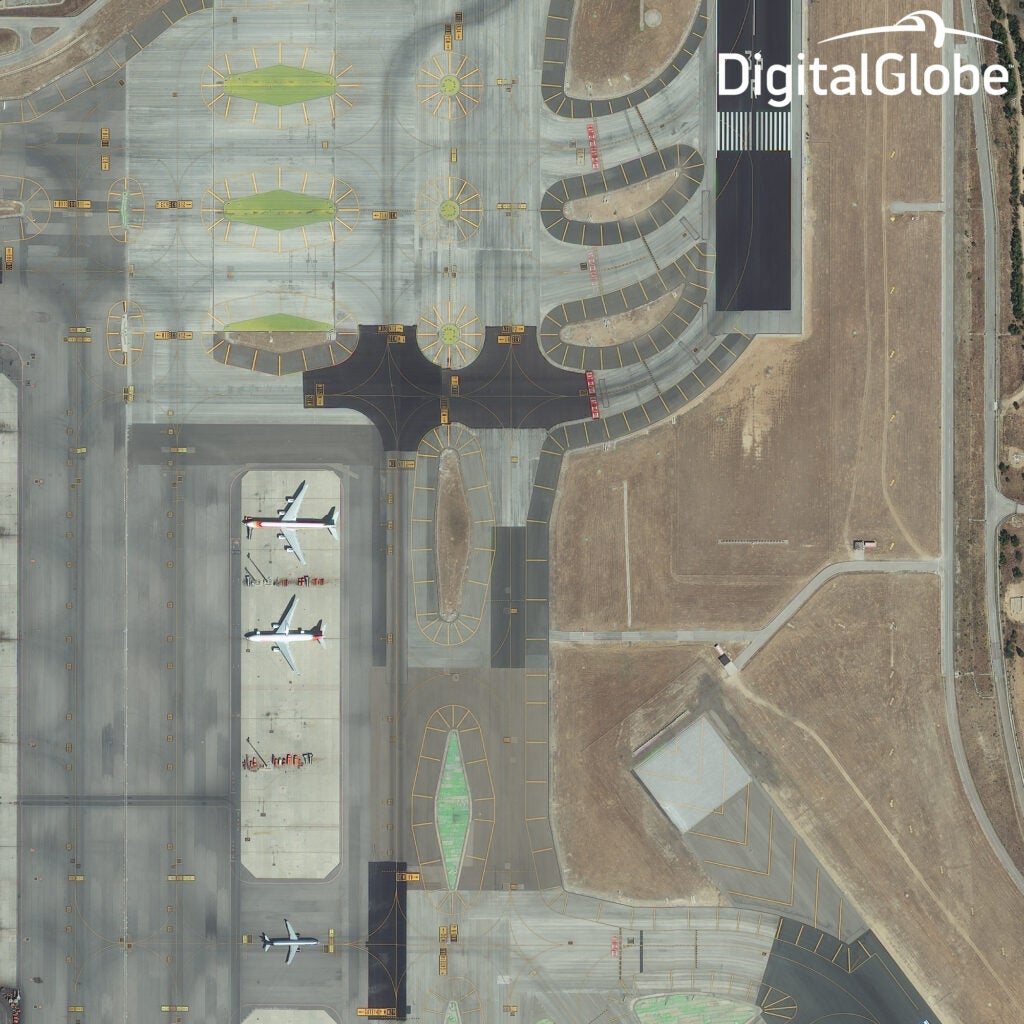 The airplanes are so big, you can see them from space

An airport in Madrid, as seen by the WorldView-3 satellite.

Some military satellites have even sharper resolution at 15 to 20 centimeters.

And as camera technology continues to advance, the most disturbing things we can see from space may not be the very big things, but the very small things.