A Bright Solar Future Will Be Flawed and Imperfect

Scientists offer a solution to the problem of purity.

For decades, engineers have made solar panels more and more efficient by using ever-purer silicon to capture a greater share of the sun’s energy.

But that quest for perfection may be coming to an end, as scientists discover they can generate more solar power — not by eliminating flaws in the raw materials, but by embracing them.

A new study published in the journal Science says the future of solar lies in hybrid organic-inorganic perovskites — an imperfect material that could outperform pure silicon.

To understand how it works, let’s take a look inside a conventional solar cell. 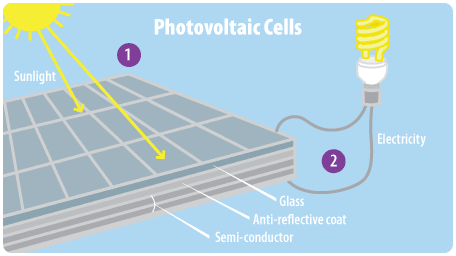 Beneath a glass panel and an anti-reflective coat, rest two thin layers of silicon. The top layer boasts a surplus of electrons, while the bottom layer bears a deficit. When particles of light pass through the top layer, they knock surplus electrons free. The newly liberated electrons move through the bottom layer of silicon and flow through the metal plates lining the cell. From there, they travel by wire to their final destination — be it a cell phone, laptop or electric car.

Not every electron will help turn the wheels of a Chevy Volt or charge an iPad. Some will careen off course, derailed by microscopic defects in the silicon. For a solar cell to operate efficiently, the silicon must be 99.999 percent pure. Even then, solar cells only convert about a quarter of the sun’s energy into electricity.

In 2009, Japanese scientists showed that silicon could be replaced with hybrid organic-inorganic perovskites (HOIPs). Unlike silicon, HOIPs work even when peppered with defects.

This is big. Theoretically, silicon could convert up to 33 percent of the sun’s energy into electricity, assuming major breakthroughs in research and development. In less than a decade, HOIPs vaulted from a 4 percent efficiency rate to a 22 percent efficiency rate. The study suggests the theoretical limit is likely much higher.

“We’re talking about potentially doubling the efficiency of solar cells,” says Prakriti Joshi, a Ph.D. candidate at Columbia University and a coauthor of the paper. 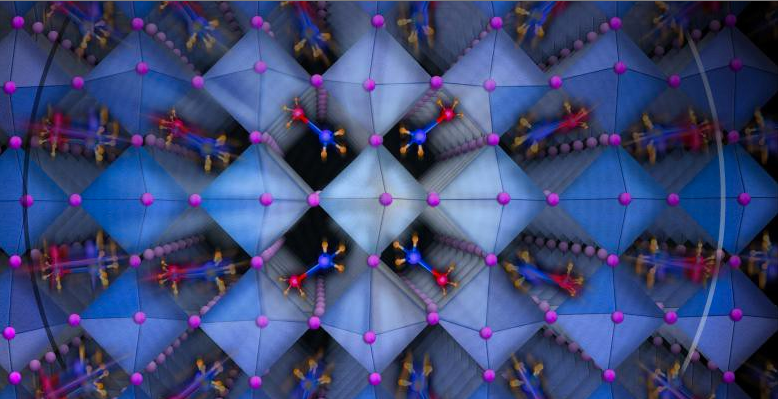 A close-up look at the crystalline structure of a hybrid organic-inorganic semiconductor.

Scientists says that, with HOIPs, imperfections aren’t a problem, because electrons acquire a kind of cloaking field that helps them avoid colliding with the numerous defects in the material. Electrons lose energy more slowly — by orders of magnitude — when traveling through HOIPs, as compared to silicon.

“This shows we can push the efficiencies of solar cells much higher than many people thought possible,” said Xiaoyang Zhu, a professor of chemistry at Columbia University and a coauthor of the paper.

Problematically, HOIPs contain lead and are water soluble — meaning that HOIPs could dissolve in the rain and leak lead into the ground, potentially poisoning water supplies. But, scientists say that, with new insight gained from this study, it will be possible to create eco-friendly materials that mimic HOIPs.

“Now we can go back and design materials which are environmentally benign and really solve this problem everybody is worried about,” Zhu says. “This principle will allow people to start to design new materials for solar energy.”

In effect, scientists are clearing the finish line of a very long race. The sun’s energy must travel 93 million miles across the barren reaches of space to find the surface of a solar cell. That last tiny stretch, across two thin layers of silicon, is the most difficult part. More efficient —and more imperfect — materials may soon allow more of the sun’s energy to flow through solar panels and light up our homes.