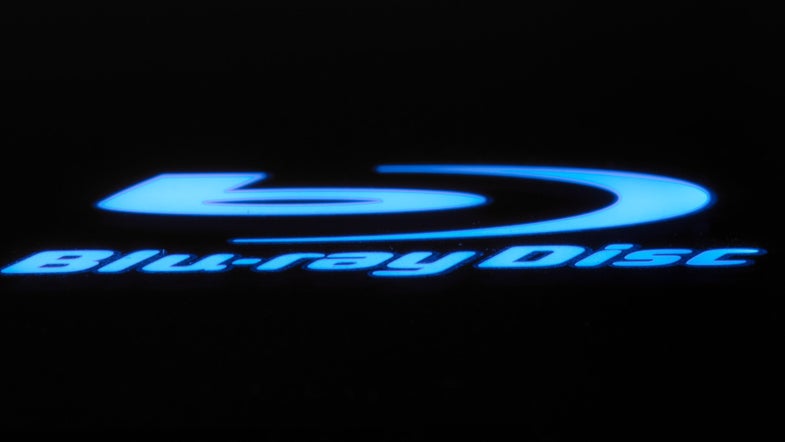 You probably don’t think of them that way, but Blu-ray discs have a gorgeous color. In fact, the same physics that gives butterfly wings and housefly eyes their iridescent shine are also at work on Blu-ray. All are examples of what physicists call structural color, which are colors created not from pigments, but from translucent, microscopic shapes that capture light and reflect it in such a way that it appears colored to the human eye.

Blu-ray discs are so great at capturing light, a team of engineers from Northwestern University thought they would test how well Blu-ray works for solar panels. After all, solar panels must also trap light as it comes in. Maybe by replicating the microscopic, glassy wonderland of the surface of a Blu-ray disc onto a solar panel, the engineers could up a solar panel’s performance.

This isn’t as weird of an idea as it seems at first blush. Solar engineers already know that certain microscopic surface patterns, like those found in structural colors in nature, make solar panels more efficient. Making such nanometer-scale patterns from scratch is expensive, however. The Northwestern team sought a cheaper way to pattern solar panels.

A Blu-ray’s microscopic surface patterns follow rules Blu-ray engineers wrote for getting discs to hold the amount of information required for high-definition movies. It turns out those patterns are just right for capturing light, as well.

What the team came up with certainly does sound inexpensive. First, they trimmed the edges off of a Blu-ray disc using a pair of scissors. (The disc was Police Story 3: Super Cop, the team reports.) Then they opened up the disc, revealing the disc’s patterned surface, which encodes its data. They poured liquefied plastic onto the patterned surface and let the plastic harden overnight.

At the same time, they created their own solar panels in lab. When the panels were ready, the engineers pressed their patterned plastic onto the surfaces of their panels, stamping the panels the way you might stamp cookie dough. They also made a batch of panels with smooth, unstamped surfaces, as a control.

In in-lab tests, the patterned panels were more efficient than the smooth ones, they discovered. Although they first tried Super Cop, it doesn’t matter what the disc is, as long as it encodes lots of data. A Blu-ray’s microscopic surface patterns follow rules Blu-ray engineers wrote for getting discs to hold the amount of information required for high-definition movies. It turns out those patterns are just right for capturing light, as well. “It’s as if electrical engineers and computer scientists developing the Blu-ray technology have been subconsciously doing our jobs, too,” Jiaxing Huang, a chemist who led the research, said in a statement. Huang and his colleagues published their work today in the journal Nature Communications.