Before self-driving cars can get safer, they need to push their limits

Autonomous vehicles are usually conservative. This one screeches its tires. 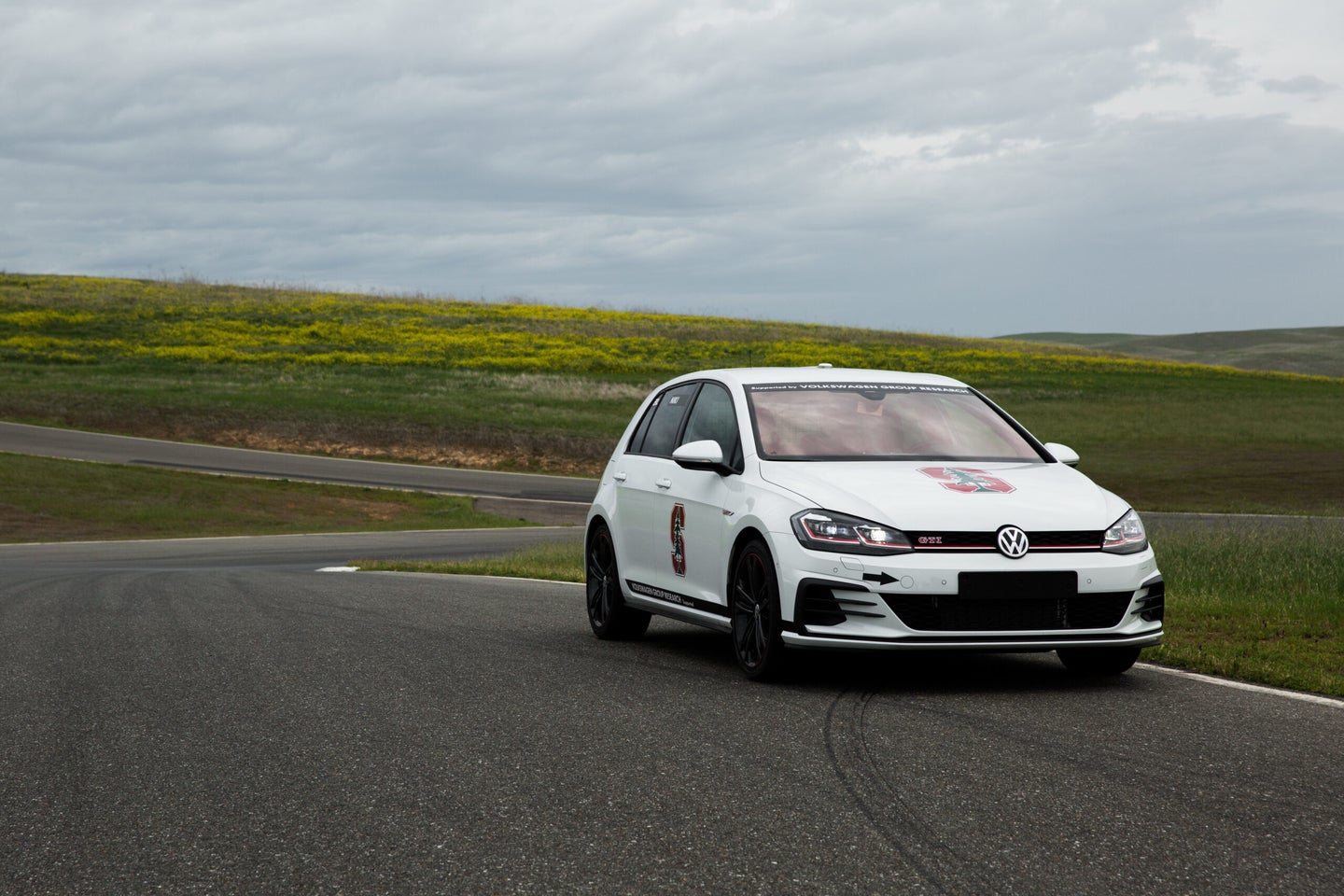 Self-driving cars are known for driving conservatively. After all, automakers and tech companies design autonomous vehicles to be textbook safe drivers, not aggressive speed demons. But mechanical engineers at Stanford University have been working on a research vehicle that can drive autonomously right at the edge of the tires’ grip on the surface below them, pushing the limits of friction.

The goal isn’t to create a self-driving car that can drift around a race track. Instead, the researchers want to help autonomous cars actually drive more safely by allowing them to know their own limits and even operate at the edge of those limits. It’s a useful skill for any driver to have if a deer dashes in front of the car—you want to be able to swerve if needed, but not so hard that the tires lose all purchase on the asphalt and the car skids off the road.

“Our lab is really interested in working on self-driving cars at the limits of handling,” says Nathan Spielberg, a doctoral candidate in the mechanical engineering department at Stanford University, and first author on a new paper in the journal Science Robotics on the topic. “We take a lot of inspiration from race drivers, because they’re able to skillfully use all of the available road friction to get around the track as fast as possible.”

To gather data for this project, the team used two test tracks: one was “near the Arctic Circle,” Spielberg says, which let them gather data (with both a human behind the wheel and in autonomous mode) about low-friction environments from a surface made out of ice and snow. Further south, Thunderhill Raceway Park in Willows, California, provided a place to get high-friction data.

They used this data to help train a neural network, which is a type of machine learning and artificial intelligence tool. Then they tested the vehicle on a oval-shaped course, giving the neural network control of the car’s steering angle.

Self-driving cars on the road today operate differently from the way this one was cruising. For one, autonomous vehicles on the streets use lidar and cameras to sense their environments, so they can react to something like a stop sign if they see it. This Stanford research vehicle, on the other hand, was using a highly accurate GPS system to know where it was, plus an onboard inertial navigation system. The researchers told it to drive around the oval, and gave it guidance on its speed, too: the vehicle goes about 46 miles per hour on the straight parts of the track, and around 25 mph on the curves. In other words, the researchers told the car what to do and how fast to go, and the neural network they’d trained was in charge of steering the car to its friction limits. They wanted the vehicle to “track the path as best as possible at the limits of the car’s capabilities,” Spielberg says. Check out the video:

So how did it do? They compared the car’s performance to a human driver on the track, who they told, Spielberg says, “to complete the course as fast as possible.” They found that the autonomous system was comparable to the human. They actually used both a neural-network based system and another more traditional physics-based system for the steering in autonomous mode, and discovered that the neural network gave a slight improvement. In short, putting AI partly behind the wheel helped its performance.

While it’s fun to watch an autonomous car screech around corners, Spielberg emphasizes the research is about safety and operating at the edge of the envelope if a situation demands it.

“We hope that we can make self-driving cars that are as good as the best skilled human drivers and hopefully better,” he says. That way, “if they get in a situation where they have to use all the road friction—if an obstacle pops out, or you suddenly encounter a patch of ice—that the car will know how to respond accordingly and safely.”