3 Things You Probably Didn’t Know A Printer Could Do

Really, is there anything they can't do? 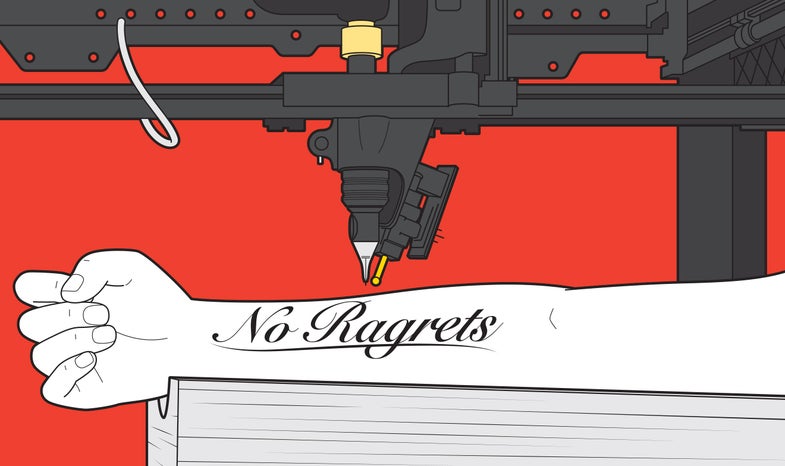 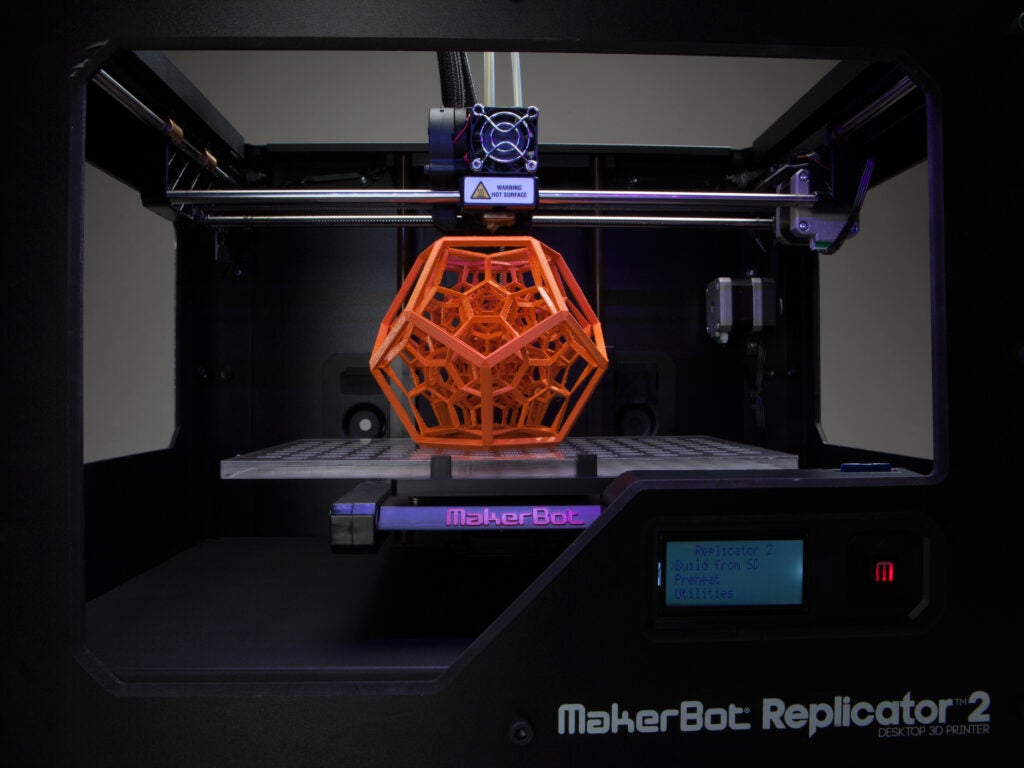 Printing on paper is so last millennium. To give inkjet and 3D printers new purpose, makers swap out components like extruders and motors, program them with modified code, or both. The hacked machines can do just about anything.

Eighteen months ago, design students Pierre Emm, Piotr Widelka, and Johan da Silveira decided to turn a MakerBot 3D printer into an automated tattoo artist. They replaced the printer’s extruder with a tattoo gun and added a haptic sensor to detect variations in the skin’s surface. To translate tattoo flash art into digital files, they modified the Autodesk design software that is often used with 3D printers. Guided by computer-aided design, the printer successfully inked a circle–which the designers consider the perfect shape to test precision–onto a human arm in October 2013. Their company, Appropriate Audiences, plans to bring a consumer version of the machine, called the Tatoué, to market in 2016.

When Silviu Stroe began to tinker with his Printrbot Simple 3D printer, he noticed something interesting: The spinning of the stepper motors, which move the nozzle through the print area, sounded like musical notes. As the speed varied, the tone changed. That meant the printer was capable of playing tunes. By assigning a particular speed and duration to each note, Stroe converted a MIDI file of the Star Wars Imperial March into G-code, the software language printers understand. According to Stroe, the printer’s tonal range is virtually unlimited, so it should be able to belt out Barry White one moment and Beyoncé the next.

During last year’s Deconstruction 48-hour hackathon, Team Rabbit Hole decided to make breakfast for dinner. As team members ate their meal, they also chewed over an idea: using a laser jet printer to automate the bacon-cooking process. The printer’s fuser roller heats up to 450°F to melt toner powder onto paper. To control speed, the hackers replaced the motor with an electric screwdriver. Then they fed bacon over the roller, cooking the strips to crispy perfection in a few passes.

This article was originally published in the April 2015 issue of Popular Science, under the title “Bet You Didn’t Know a Printer Could… .”