Volvo taught its cars to warn each other about icy roads

Cool things happen when cars communicate with each other. 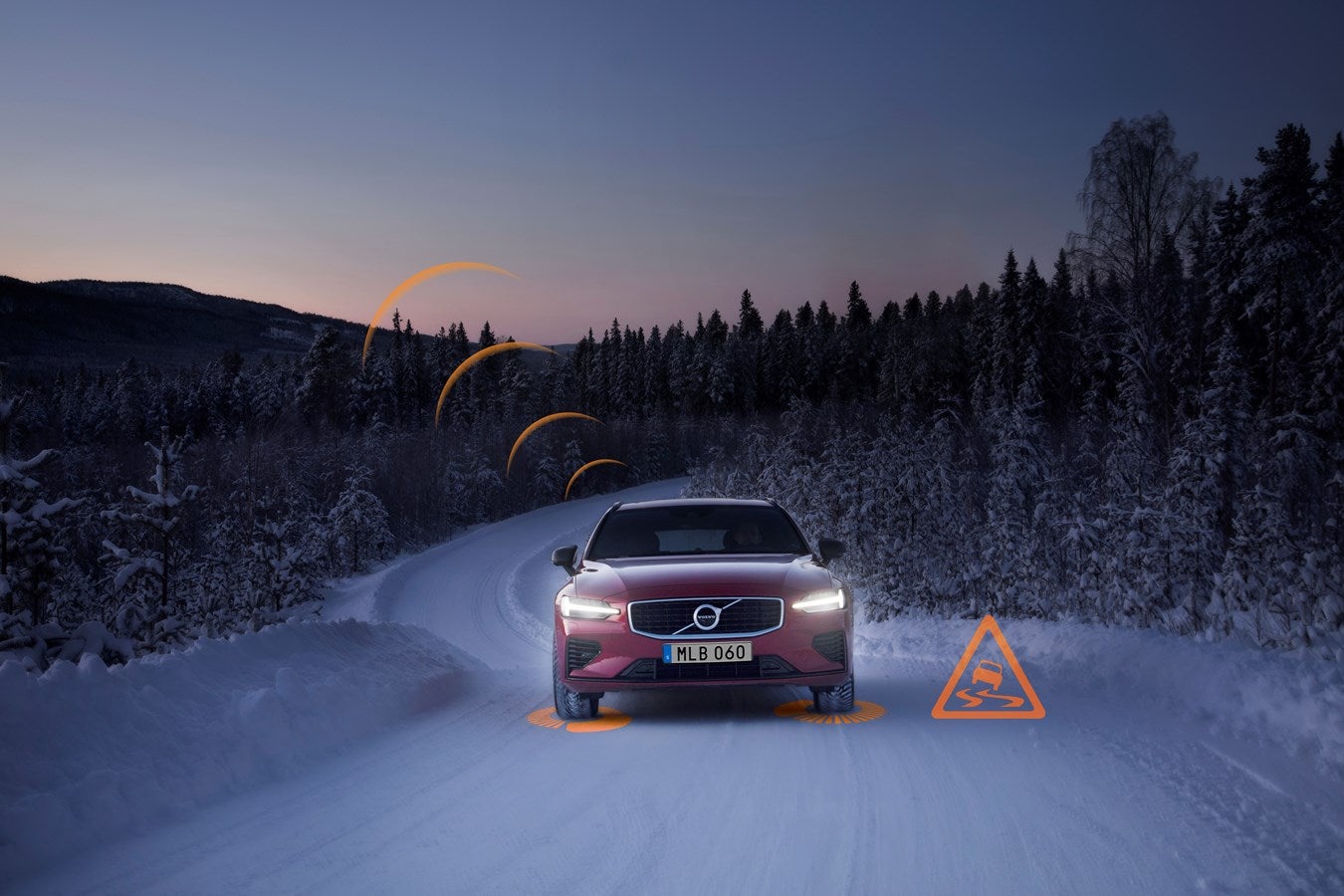 If you’ve ever driven with the Waze app, you’ve received alerts about hazards like accidents, police, or potholes on the road ahead. The app is a good example of how connecting vehicles to a larger network—in this case, a network powered by smartphones operated by a huge community of drivers—can make a ride safer.

Volvo is taking that idea and baking it right into their cars—in Europe, at least. In this case, some Volvos will be able to share alerts with each other about slippery roads. A vehicle detecting slippery conditions uploads that information to the cloud, and then it’s pushed to other vehicles in the area. And unlike Waze, where humans are actively keying in reports about police, for example, this alert process happens automatically.

Here’s how it works: “Road friction is measured during steering, braking and/or acceleration,” a company representative said in an email. “If the friction is below a certain level, the driver receives a slippery road alert in the driver display.” From there, other Volvos cruising towards the slick spot get an alert, too.

The Swedish company is also offering a “hazard light alert” across Europe. If one vehicle turns on its hazard lights, others get notified. While Volvo has already offered this features for a couple years in Sweden and Norway, they’re now rolling it out to the rest of Europe.

This kind of network-powered safety feature, coming straight from the car—as opposed to a smartphone app—is a “logical next step” in the field, says Christoph Mertz, a principal project scientist at Carnegie Mellon University’s Robotics Institute. Incorporating this type of technology into traditional cars also represents a type of halfway point between older, low-tech cars at one end of the spectrum, and fully autonomous vehicles, like those operated by Waymo, Cruise, or Drive.ai, at the other.

“You see that the car manufacturers, they’re doing one step after another,” Mertz adds. “Whereas other companies are trying to do autonomy all at once.”

Another example of a technology that can be incorporated into traditional cars is adaptive driving beams (ADB)—a system in which the car, via sensors on its front, detects other vehicles and dims its headlights automatically so as not to blind other drivers. The result is that with ADB, drivers could have brighter headlights, see more of the road, but also not glare others with bright beams when they approach. In this case, while the cars aren’t communicating with each other, they’re sensing one another. It’s a technology that AAA has come out in favor of, reporting that it can make roads much better lit for drivers.

As more and more vehicles on the road get smarter—whether they’re Volvos with networked ice and hazard-light alerts, a car with adaptive cruise control, or a fully autonomous vehicle navigating a complex cityscape, the more that they can communicate in intelligent ways with each other, and with pedestrians, the better.