But don't stay together for the kids' immune systems. 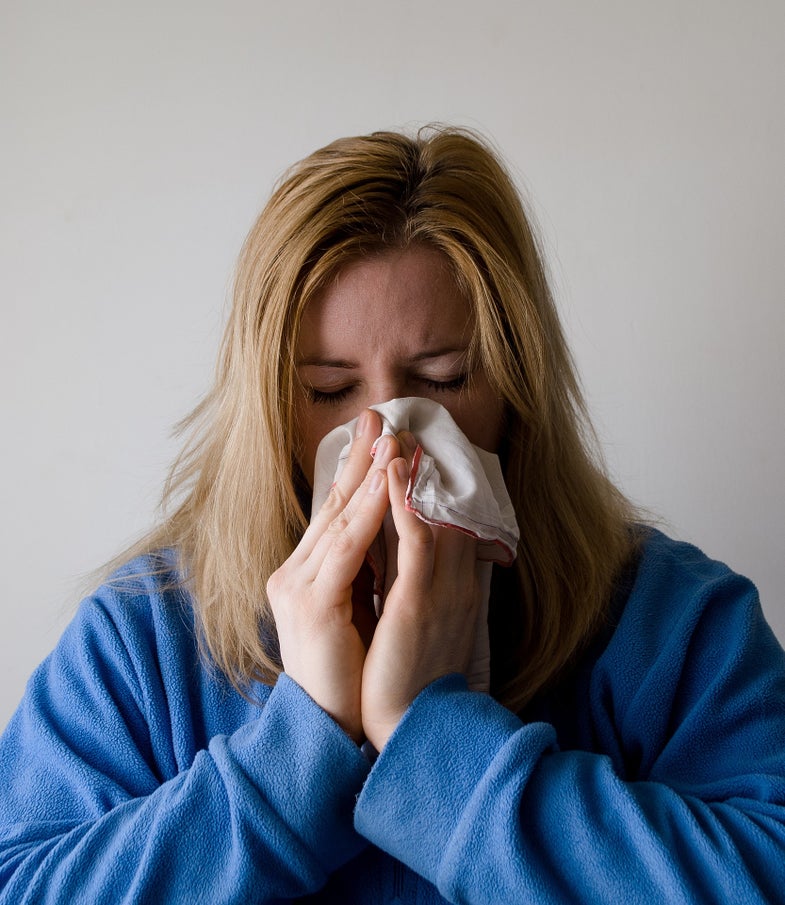 Turns out if your parents played nice during their divorce, you might not go through as many boxes of tissues as an adult.

One small study doesn’t prove anything, but the results—if true—could indicate that the spectrum of stress levels a child can experience during parental divorce could have a lasting impact.

“Broadly, we think of this [study] as fitting into the research on stress and health, to the extent that a family environment was acrimonious and stressful,” says co-author Michael Murphy, a psychology postdoctoral research associate at Carnegie Mellon. “Stress, especially when it’s ongoing and persistent, can induce physiological changes that can increase a variety of illnesses as people age.”

Studies have shown that coming from a family of divorce can lead to all sorts of bad outcomes in children, ranging from psychological distress to struggles in school. Even as adults, children of divorce can have issues with relationships and lower psychological wellbeing than their peers.

This is, of course, a big generalization. Many children of divorce have less stress in their lives than other children in intact families, and plenty of kids from stressful homes adapt and end up just fine—whether or not a separation is to blame.

“More recently, there’s been a focus on what specific factors related to parental divorce could be added risk or resilience for the children of divorced parents,” says Murphy. “Some of that evidence has pointed to situations where parents are able to continue to communicate and cooperate in coordinating the care of their child after the divorce, and that has a buffering influence.”

In other words, the behavior of divorcing parents is probably more influential on a child’s wellbeing than the divorce itself. That’s why Murphy and his colleagues split their 201 subjects into three groups: ones whose parents stayed married throughout their childhood (109 study subjects), ones whose parents divorced but stayed on speaking terms (41), and study participants whose parents had reportedly never spoken again after separating (51).

The research subjects, all of them in “good health”, were quarantined in a hotel for six days after receiving nasal drops of the common cold virus. After observing who started having symptoms, the research team sorted subjects into the aforementioned categories. Individuals in the last group were significantly more likely to show signs of cold sickness, for example total mucus weight and nasal mucociliary clearance function (basically, congestion).

But it’s difficult to pin down just how accurate these findings are. Robert Emery, a professor of psychology at the University of Virginia who wasn’t involved in the study, says that people who get divorced and don’t speak to each other are not a random cross-section of the population, so more research is needed to confirm the results. Does growing up with two parents who don’t speak cause health problems, or are individuals who are more likely to divorce—and populations that are more likely to divorce acrimoniously—have higher risks of illness to begin with? We can’t be sure.

“This study’s comparing apples and oranges,” he says. “We’ve studied twins who are discordant for parental divorce and twins who are discordant for divorce themselves.” By studying siblings who are quite genetically similar but have had different experiences with divorce, scientists can get a better idea of what influence these life events might have on their health. “We find much of the presumed effects on divorce based on health status really are due to selection into divorce,” Emery explains. “Apples are more likely to have illness and get divorced, whereas oranges are more likely to stay married and not get sick.”

Given his study’s limitations, Murphy says, the takeaway isn’t that parents who cooperate will automatically have healthier kids. The research cannot prove what would’ve happened to those adults had their parents’ divorce been more amicable.

“You can think of situations where encouraging cooperation and communication might not be very productive,” he says. If one partner’s abusive behavior was the impetus for a divorce, for example, it’s quite possible that a lack of communication between parents would actually benefit their children. It goes without saying that if you have good reason not to speak to your ex, you shouldn’t let a study on your children’s future colds trouble you.

But while talking it out with the ex might not save your kids from being congested grown-ups, the research suggests that communication might be an important risk factor to investigate in future studies on the effects of divorce.