You might not need a mammogram until you turn 50

The American College of Physicians updated its guidelines for the still controversial screening test. 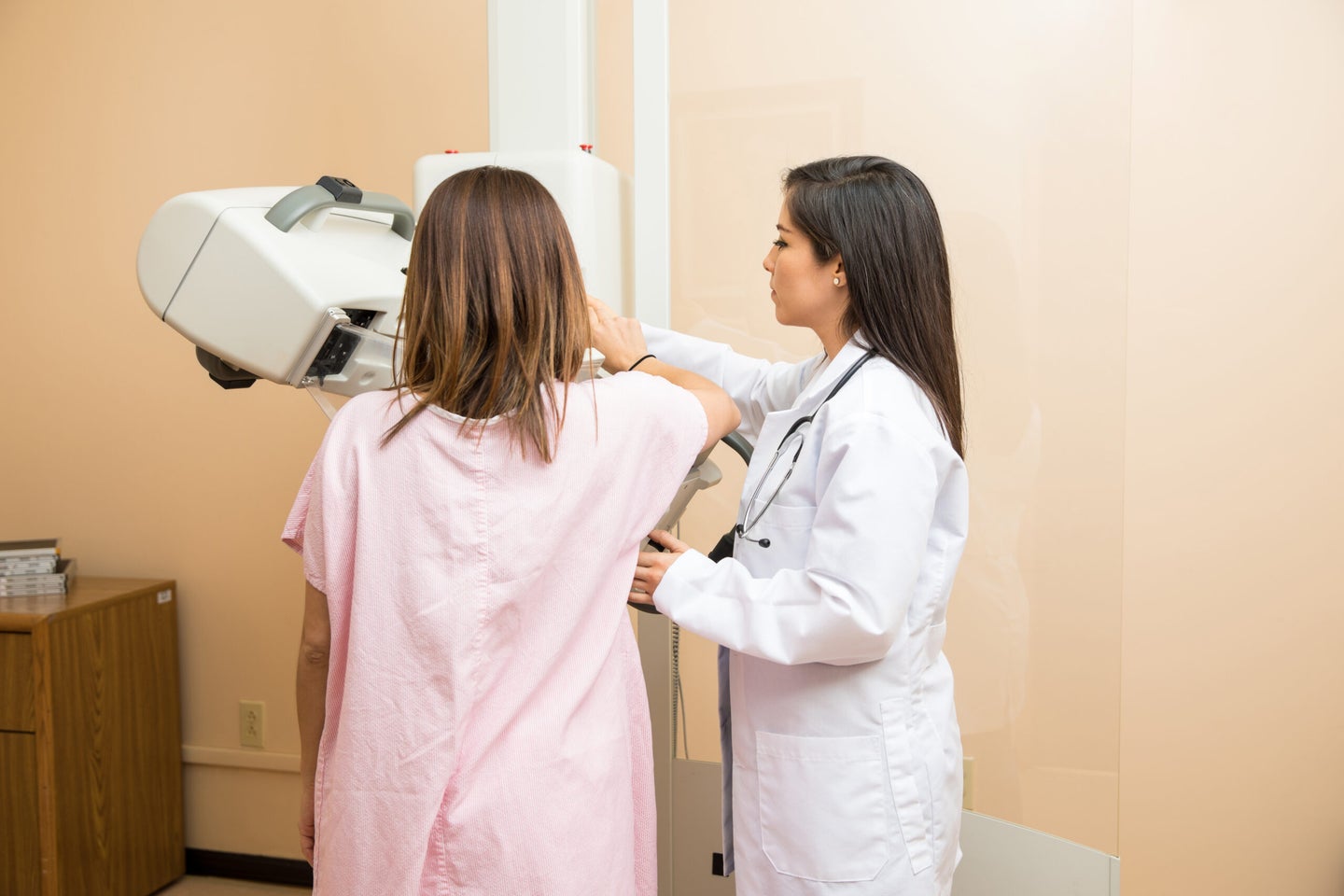 Breast cancer is one of the most commonly diagnosed cancers in the United States, which is one reason why doctors encourage patients to get mammograms, which can identify problems before symptoms appear. But various medical associations, which put out mammogram guidelines and recommendations, don’t agree on how early or how often people with breasts should start being tested.

This week, the American College of Physicians (ACP) updated their screening guidelines to recommend that people with an average risk for breast cancer (meaning those who don’t have a personal or family history of breast cancer, dense breasts, or genes that increase risk) should have mammograms every other year starting at age 50. Between 40 and 49, they should discuss the risks and benefits of the screening procedure with a physician.

Previously, the ACP had set their mammogram start date at 40 for women without added risk factors. This update puts the organization in line with the recommendations from the U.S. Preventive Services Task Force, which also says regular mammograms should start at age 50, and that between 40 and 49, the choice should be made on an individual level. The American College of Obstetricians and Gynecologists, on the other hand, recommends annual screenings starting at age 40, as does the American College of Radiology. The American Cancer Society takes a hybrid approach, and says that people should start annual mammograms at 40 if they wish to do so, and if not, then at age 45.

Like with all screening tests, recommendations around mammograms require a complicated balancing act between the benefits of testing, like finding cancers, and the drawbacks of over testing—like the emotional harm of false positives, or providing unnecessary treatments for small tumors that might never have become dangerous.

People under the age of 49 are more likely to need follow-up screening, partly because their breasts are likely to be denser, making scans harder to read, says Linda Moy, a professor of radiology at NYU School of Medicine. They’re also more likely to have false positive scans, which can be anxiety provoking.

Recommending screening starts at age 50 means prioritizing the reduction of those additional tests and overdiagnosis, and is looking at the question from the societal, public health level: cutting down the amount spent on testing as much as possible without sacrificing care for the largest number of people. According to research from the New England Journal of Medicine, screening mammograms—which are ones conducted not to investigate symptoms but to monitor healthy people—is more likely to lead to overdiagnosis than to catch a dangerous tumor early.

In particular, mammogram screenings have increased the number of diagnosed cases of a non-invasive breast cancer called Ductal Carcinoma in situ (DCIS), which involves the cells that line the breasts’ milk ducts but rarely spread beyond them. The screening tests have been less able to detect early stages of other types of breast tumors that have the potential to metastasize and become deadly.

However, Moy thinks that the priority should be catching as many chances as possible, even if that creates more false alarms, and says screening should start at age 40. “We want to find cancers while they’re small. We need to call patients back because we want to be sure,” she says. That’s not to minimize the anxiety that follow up screening can cause, she says, but that anxiety level can vary patient to patient.

The physicians who are implementing these guidelines typically follow the recommendations of their own professional societies, Moy says: Radiologists follow the American College of Radiology guidelines, and gynecologists follow those from the American Congress of Obstetricians and Gynecologists. In 2017, a study found that over 80 percent of primary care physicians and gynecologists say that their patients should start mammograms at age 40. However, physicians who said that they trusted the U.S. Preventive Services Task Force recommendations were the least likely to recommend screening starting at age 40, indicating that the medical body guidelines play a role in the way physicians counsel their patients.

Many physicians, though, make their recommendations on a patient-by-patient basis, Moy says. “They might say, listen, there’s controversy over mammograms, they do find cancer earlier but they can also have false positives, what would you like to do?”

It’s ultimately a good thing to have that dialogue, and make decisions based on the patient. “We don’t want to be dogmatic. These doctors know their patients, and understand their history,” she says. “We try to be flexible.”