Do you really want to know what’s in your baby’s genome?

It's unclear how much information is helpful, and how much is hurtful. 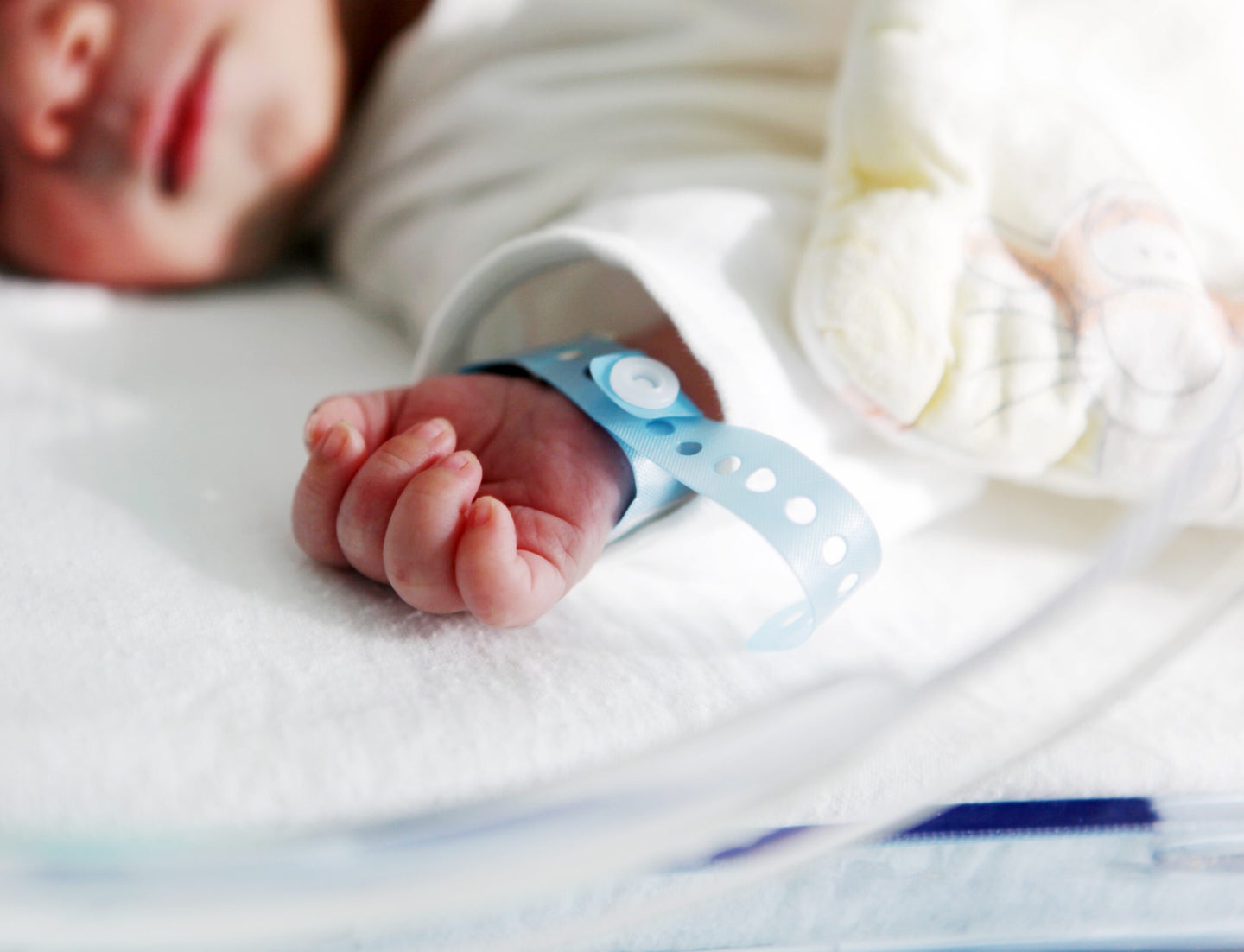 In the age of readily available genetic testing, there are a lot of questions about how—or if—an in-depth test might help or hurt the health of a baby. A small study of newborns at Boston medical facilities examined what happens when you sequence an infant’s genome and tell parents at least some of what you find.

Standard newborn screenings include checks for a small number of diseases, “and the criteria for including diseases is very strict,” says Alan Beggs, the study’s principal coauthor and a professor of pediatrics at Harvard Medical School. The reasoning is that telling a family too much could potentially cause massive harm, either by unnecessarily distressing them over risks that may never turn into actual illness or by influencing medical decisions made in their child’s first days of life.

Enrollees came from two Boston hospitals and included a mix of healthy and sick infants as well as their families. Of these, half (159) were chosen at random to have their genomes sequenced. Some of the resulting information—primarily information about genetic diseases that were likely to manifest before the age of 18—went to parents, who also received genetic counseling. The other group received genetic counseling and standard screening.

This was a small study, and the subjects, who were mostly from affluent white families, aren’t representative of the country as a whole, Beggs acknowledges. But it’s a significant first step in actually quantifying the potential benefits and harms of newborn genetic screening in a real-world scenario—something that will likely come to affect all of us in time. Here’s what you need to know about their findings:

There were more anomalies than expected

The researchers were surprised by the number of genetic variations they found in the babies’ genomes. Fifteen of the 159 had genetic variations indicating a risk for childhood-onset genetic disease. That 9.4 percent risk is higher than what had been thought based on studies done in adults, Beggs says. Similarly, 88 percent of the newborns were carriers of genetic mutations that could potentially cause disease in their own offspring—a higher number than the researchers expected.

“It’s interesting the percentage of patients with significant findings,” says Cynthia Powell, a University of North Carolina pediatrician and geneticist who was not involved with the current study. “To finally get some hard data about this is really critical to moving forward.”

Some of the findings had implications for the parents as well

The screening focused on childhood-onset conditions. “These were infants,” Beggs explains. “They’re not giving consent to the study; their parents are.” As we’ve written before, when it comes to genetic information, it’s possible to know too much. Because of this, informed consent is vital to the ethical decisions clinicians make about what kind of genetic info to give people, and of course, a baby can’t give informed consent. But there were a few instances where the researchers found themselves confronting an ethical question about whether to disclose that a child had genetic evidence of an adult-onset disease. “This illustrates the fact that in genetics it’s not just a one-to-one relationship between a doctor and a patient,” Beggs says.

In the case of a newborn who had a high likelihood of developing breast cancer, something that’s almost certain not to manifest until adulthood, the researchers found themselves in a quandary. Should they disclose this to the family, knowing that one of the parents also had this risk and might not be aware? Or should they not, because the newborn can’t consent to the test? (The newborn can’t consent to any part of the test, of course, but parents make decisions for their children all the time—the difference here is that parents would be using information they otherwise wouldn’t have until their child’s adulthood, when those offspring would likely be making decisions for themselves.) In the end, the researchers asked parents if they wanted to know about things like a strong breast cancer risk. They then built consent for this into their form and went on to have several similar cases. “It was obviously a really upsetting piece of information,” Beggs says. But families appreciated the warning. And he feels that the knowledge also prevents potential harm to the newborn patient, in a way—by preventing the loss of a parent.

There are still a ton of questions left to ask

This study is part of a National Institute of Health project called NSIGHT, which currently includes four total projects investigating different ethical, medical, and practical implications of newborn genetic screening. Beggs’s project is only funded by the NIH until the babies are a year old, but he’s seeking support to continue the study.

Both Beggs and Powell say there’s a lot more to learn before we can start talking about changing the standard newborn test. There’s evidence that in the case of unwell babies, genetic testing can help doctors figure out how to make them better, Powell says, but “healthy newborns is an area where we still need to get more information.”

There are a lot of potential risks to having genomic sequencing done, says Beggs. For one thing, interpreting the significance of the information in each person’s genome—and whether that information is likely to cause a disease—isn’t exactly simple. But there are also concerns like the expense of premature medical interventions, the stress and anxiety of knowing about potential conditions years in advance, and possible social and economic impacts, such as genetic discrimination or even a changed relationship between parents and children.

For all that, though, there’s a lot of potential good as well. As an example, Beggs cited a newborn in the study who had a borderline case of biotinidase deficiency, a potentially serious condition that can cause mental impairment. This particular child might never have had noticeable symptoms, he says, and thus never have been diagnosed. Because Beggs’ team was able to establish this borderline case early, however, the newborn’s family chose to start giving them biotin supplements to head off the potential harms of the condition.

“I think there is a very clear case to be made that a subset of children should receive genetic sequencing as soon as possible after birth,” says Beggs. How to define that subset and make decisions about how we treat their genetic information is an ongoing conversation. “It’s important for the public to know still the challenges of doing this,” says Powell.