Everything You Need To Know About Uterus Transplants

Most women have probably cursed their pain-inflicting uteruses at least once in their menstrual histories. But an increasing number of... 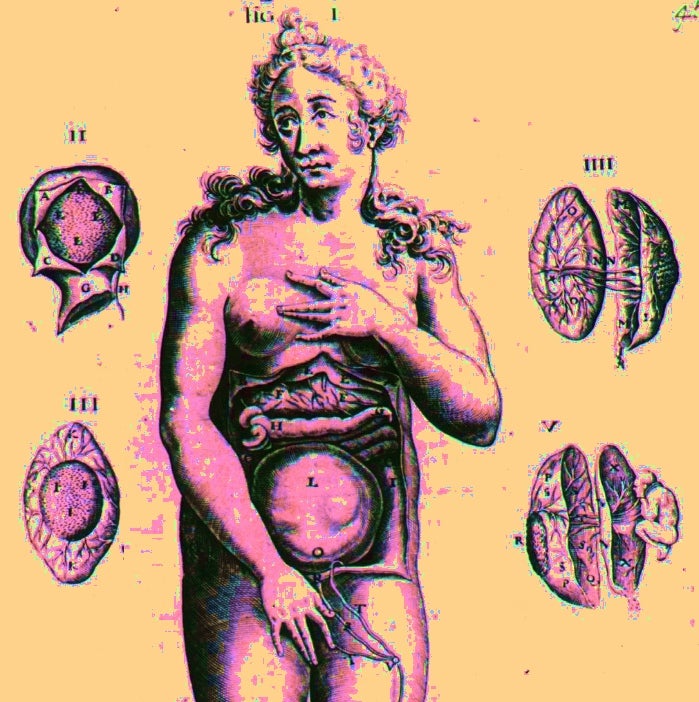 Most women have probably cursed their pain-inflicting uteruses at least once in their menstrual histories. But an increasing number of women who don’t have them—either because they were born without or had them previously removed—are going to great lengths to obtain new ones. In mid-January, the Associated Press reported that nine Swedish women received transplanted uteruses in a series of procedures conducted by a team from the University of Gothenburg. This was the third group of researchers to attempt a uterus transplant with the end result of a successful and full-term pregnancy, and many teams around the world are racing to be the first to succeed, despite skepticism and ethical concerns.

To be candidates for the procedure, women had to be of childbearing age (mostly in their 30s) and not have a uterus. This transplant is designed to be only temporary, though; the idea is that the women will become pregnant, have one or two children, and then have the uterus removed. This is because, after the operation, the women have to take anti-rejection drugs, which suppress the immune system and make them more vulnerable to diseases and infections, according to Mats Brännström, the Swedish team leader. These drugs do cross the placenta in “negligible” quantities and could affect the developing fetus, said Doris Ramirez Nessetti, a gynecologist at the AllCare Medical Center in Venice, Florida. Cyclosporine, one of the most common immunosuppressant drugs, has been shown to negatively impact fetuses in animal trials but no controlled studies have been conducted to see if it works the same in humans, she said.

In the recent transplants in Sweden, the uteruses came from live donors, often the patient’s mother or close relative, in order to reduce the risk that the woman’s immune system would attack and reject it. There’s no age cut-off for donors; they just have to have a healthy uterus. The surgeons remove the uterus, tie up the fallopian tubes and blood vessels left behind, and stitch her back up.

It’s the transplant surgery that is the hard part, and it’s particularly complicated. “It’s a new kind of procedure,” Brännström said. “Not only does the organ have to work and survive, but it’s also going to expand a lot during the pregnancy, and there are many other demands on the organ.” The uterus also comes with many small blood vessels and must be placed in a particularly difficult and “inaccessible” part of the body, he noted.

For some of the women, the transplant will bring many firsts. The women born without uteruses will have their periods for the first time. All women experience the hormonal fluctuations that regulate menstrual cycles since puberty, Brännström said, but for a woman without a uterus, there was never any period to induce. Unlike in a typical menstrual cycle, the ovaries won’t release an unfertilized egg into the uterus during those periods because the fallopian tubes are not connected. Instead, a fertilized egg must be placed into the uterus (IVF) for the woman to become pregnant.

Doctors consider most organ transplants to be successful if the organ works properly in the host’s body. But for a uterus transplant, success is defined more narrowly: not only does the uterus have to work, but the woman has to give birth to a healthy baby. That means the Swedish team won’t be able to determine success rates for two or three years. It’s because of this narrow window for success that all previous attempts to transplant uteruses have failed: a Saudi woman who had the surgery in 2000 had to have the transplanted uterus removed several years later due to circulatory complications, and a Turkish woman who got the transplant in 2011 from a deceased donor got pregnant, but then miscarried after eight weeks.

But some experts are concerned about the ethics behind the current stage of uterus transplants. To some, not enough animal tests have yielded live young to show that it’s time to try it out on humans. Florida’s Ramirez Nessetti has conducted similar transplants on sheep. “[Although] there is not a standard guideline on the amount of animal transplants to move to human,” she said, she believes that Brännström and his team jumped the gun on trying their experiment with humans. After multiple trials with sheep, she and her colleagues plan to perform transplants on apes, which have more biological similarities to humans, before moving to human subjects.

While Arthur Caplan, a professor of bioethics at New York University, agreed that more animal studies are necessary before the surgery can be brought to the United States, he’s more concerned that the competition to see which research team can bring about the first baby may negatively impact the science behind it. “The race…is creating a moral issue since reproduction is involved and safety ought to be the primary concern,” Caplan said. Additionally, the attempts and outcomes of uterus transplants have not been well-tracked internationally or published regularly, Caplan said, so it’s hard for researchers to build on each other’s work; Brännström and his team have yet to publish a paper, although they plan to do so in the near future. “Reporting clinical innovation through the media rather than at peer-reviewed professional meetings or in peer-reviewed journals is a deeply troubling way to launch any clinical innovation, especially with a procedure as risky and as controversial as uterine transplants,” Caplan wrote in the November 2012 edition of the journal Fertility and Sterility.

Because not enough studies have been conducted, gynecologists wouldn’t know how to deal with the huge variety of issues that can arise in pregnancies under much more normal conditions, said Jen Gunter, an OB/GYN based in San Francisco. She expressed concern about complications ranging from the effect of mild organ rejection on the fetus to what can happen to the placenta, which could put the life of both mother and baby at risk. “I do think there are many unanswered safety questions and that is a concern for me,” she said.

“The issue becomes what risks to fetus and mother are justifiable in order to carry a pregnancy,” Caplan said. “The risk/benefit ratio is a very close call.”

After all this, why not use a surrogate mother, who would carry and deliver a child for another woman? In Europe and the Middle East (and in some US states), surrogacy is illegal, which changes the stakes. “It’s not a coincidence that [the first attempts at a transplant were] conducted in Islamic countries,” Brännström said. “It’s very important for a woman to become a mother, so surrogacy and adoption would not be approved by Islamic convention.”

Even in places where surrogacy is legal, Caplan said, women just might not want to “deal with” a surrogate and all the uncertainties that come with it, such as legal issues, birth complications and the health of the fetus during gestation. “There are also some who seek a more natural reproductive experience,” he said.

Cost would also be a factor. Since uterus transplants are not yet offered to the general public (and may not be for some time), there’s no way to know if insurance will cover the procedure. However, since the operation is voluntary and insurance doesn’t currently cover the use of other fertility treatments such as IVF, insurance companies aren’t likely to pay for uterus transplants. On the other hand, surrogacy can be expensive, depending on the type of surrogacy. If the surrogate is not a family member, compensation could range from $10,000 to $30,000, not including doctors’ appointments and vitamins.

In the end, the deciding factor in whether to get a transplant may come down to the hard-to-control, deep-seated emotions attached to a specific kind of motherhood where a baby grows inside its mother, who nurtures it before bringing it into the world.

Even though Ramirez Nessetti mentions surrogacy to her patients, she said, “A lot of them want to experience all the feelings and emotions,” she said. “They’re missing that part of being a mom, feeling the pregnancy, feeling the baby kick. It’s really about the bonding.”