And obesity is probably a culprit 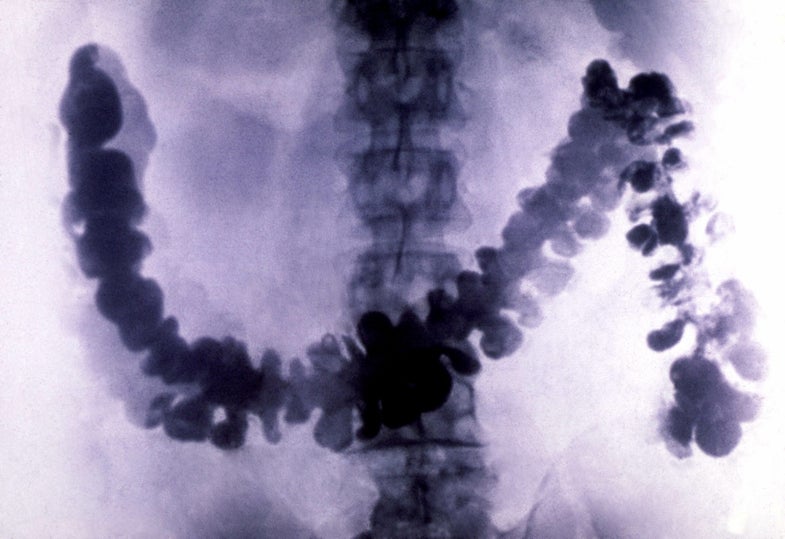 Colorectal cancer is on the rise in young people. Don’t freak out.

Let’s start with the facts. Colorectal cancer is the third most common cancer in men and women in the U.S. It’s called “colorectal” because it covers cancers that arise in the colon (which you know better as your intestines) or your rectum (come on, you know this one). This year about 130,000 – 140,000 people will be diagnosed and about 50,000 people will die from it (though most of them won’t be people who were diagnosed this year). Those rates have been dropping steadily since 1975. Back then, for every 100,000 people in the population, about 60 were diagnosed with colorectal cancer (this is called the incidence rate). In 2013 that number was down to 37. And that general trend is still true, regardless of the reported rise in young people.

So let’s talk about young people. In the context of colorectal cancer, “young” really means under 55. Colorectal cancer usually shows up in older people (as do most cancers), which is why screening isn’t recommended until age 50—if people under that age are unlikely to have colorectal cancer, you don’t do much good by forcing millions of 40-year-olds to get colonoscopies. But if you can provide evidence that a significant number of sub-50-year-olds are getting colorectal cancer, then you might have a good argument for lowering the recommended age for screenings. Which is exactly what this new study suggests.

A group of researchers led by the American Cancer Society looked at a massive database of cancer incidence rates to figure out which age groups were getting colorectal cancer. They already knew that rates were increasing in the under-55 group because several studies dating back to the early 2000s had demonstrated a rise. What they didn’t know was whether that rise was mostly for people in their early 50s or perhaps 40s or even more dangerously, people in their 20s and 30s. They published their results on Tuesday in the Journal of the National Cancer Institute. They found that for adults 20-29, the incidence rate has been rising by about three percent each year since 1980.

Three percent sounds small, but compounded over time that adds up to many new cases of colorectal cancer. That age group is now back to 1890s-era incidence rates. And since we don’t screen people that young, the outcomes are more likely to be grave—early detection is one of the best ways to head off colorectal cancer. Colonoscopies are relatively easy to do and can find very early stage cancers when they’re still polyps, which are abnormal growths inside the intestines. Polyps aren’t full-blown cancers yet, so you can remove them and prevent the cancer that the polyp might have become.

Overall rates have been dropping in the last few decades because incidence rates in older groups has dropped so significantly. Declining incidence in people over 55 has basically been masking the rise in younger people.

So why is this happening? Some cases of colorectal cancer come from a strong genetic predisposition—there are several mutations and syndromes that put you at a much higher risk than the general population. But those inherited types of colorectal cancer aren’t increasing, and that suggests some kind of lifestyle change that preceded the rise in cancer rates is to blame. Since cancerous growths typically take at least five years to develop (though it varies dramatically from person to person), you’d expect to see the effects on cancer incidence begin several years after the lifestyle change.

Part of the rise might also be due to an increased screening rate. Incidence rates measure how many people get diagnosed each year, which in part measures how likely it is that cancer occurs, but also measures how good we are at detecting it. When we get better at screening, we temporarily increase the incidence rates simply because we’re detecting more cases. Back in 2000, only about six percent of people in their 40s got a colonoscopy compared with over 13 percent in 2013. This doesn’t explain the increase in people under 40, since that group still doesn’t get many colonoscopies, but it may be a small contributing factor.

Human papillomavirus, or HPV, has also been linked to colorectal cancer risk, and is also the most common sexually transmitted infection in the U.S. We have an excellent vaccine for it, but less than half of teenage girls got the full three doses. Less than a third of teenage boys got the whole vaccine. Even so, the ties between colorectal cancer and diet and exercise are far more established and fall in line better with the rise in incidence than do patterns in HPV rates.

Other than the ever-present warning that Americans need to lose weight, the authors also recommend lowering the screening age to 45. They point out that there were about the same number of colorectal cancer cases in those aged 45-55 as there were cervical cancer cases, and we start screening for that at age 21. And even without screening, doctors can make their patients more aware of the symptoms of colorectal cancer, like rectal bleeding, blood in your poop, cramping, fatigue, changes in bowel habits for more than a few days, and feeling like you need to poop that’s not relieved by doing so. Young people who think they’re unlikely to get cancer are also unlikely to follow up on symptoms, and thus more likely to get diagnosed with later stage cancer.

The rise in incidence in younger generations today could be a bellwether for future colorectal cancer rates. We have a chance to start combating the problem early—let’s not pass it up.